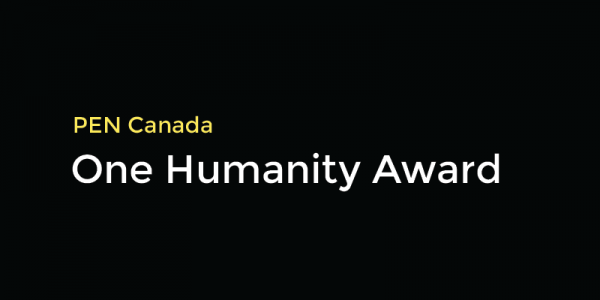 Introduced in 2006, The One Humanity Award is presented by the members of PEN Canada to a writer whose work transcends the boundaries of national divides and inspires connections across cultures. Valued at $5,000 CAD, the award honours PEN’s commitment to literature as a common currency between nations, and as a catalyst for mutual understanding and respect.

The award is chosen by the PEN Canada Writers in Prison committee, and presented at the International Festival of Authors.

The 2017 winner, Ashraf Fayadh, is a Palestinian poet imprisoned in Saudi Arabia and the author of Instructions Within (2008), a poetry collection that comments on social issues in the Arab world.