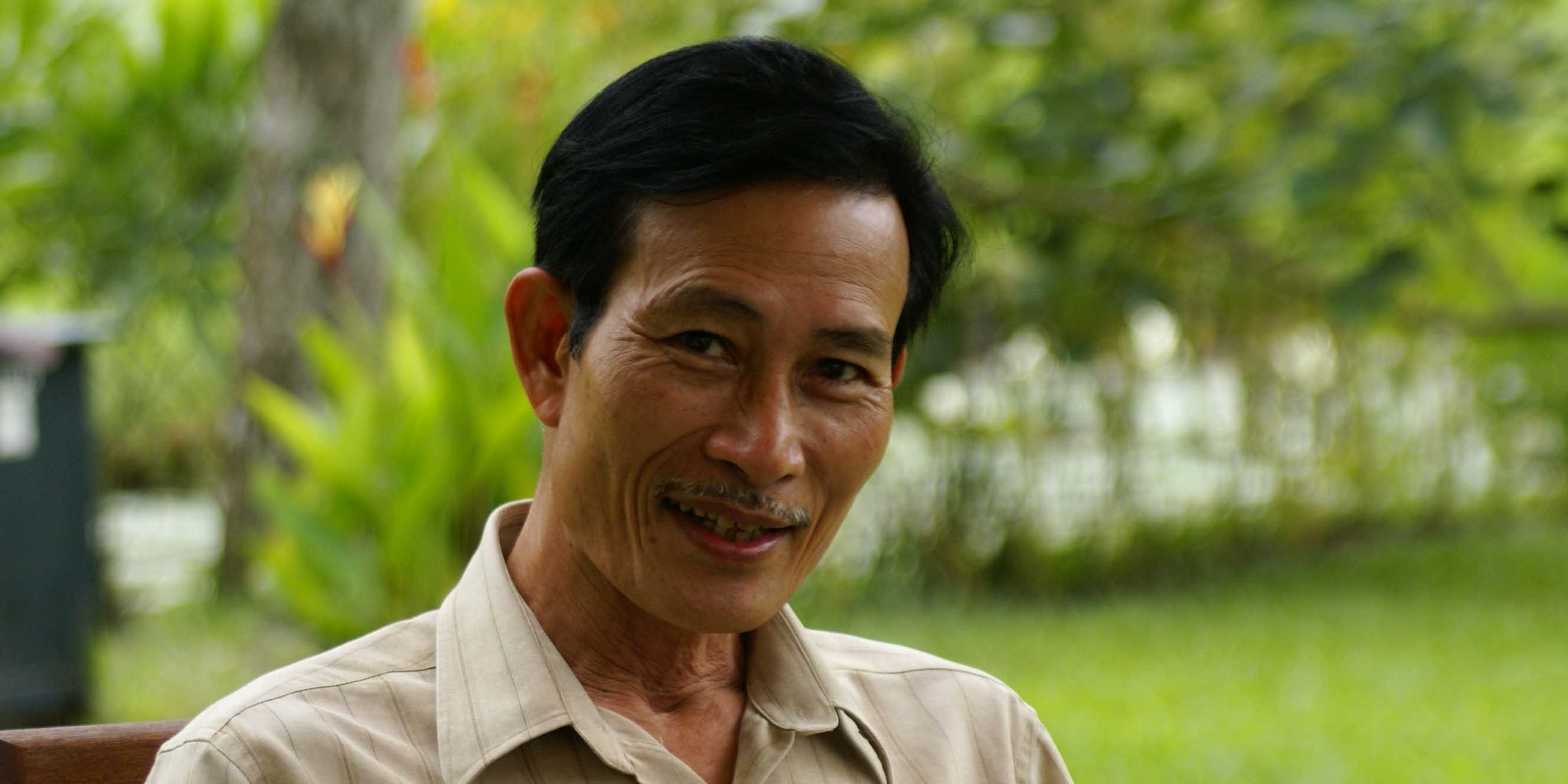 TORONTO – (CNW October 21, 2013) – Vietnamese blogger Dieu Cay will receive the One Humanity Award at PEN Canada’s annual benefit at the 34th International Festival of Authors (IFOA) on October 24, 2013. The award recognizes Dieu Cay’s courageous dissent and continued advocacy for human rights in Vietnam despite a crackdown on online writing by the authorities.

The One Humanity Award of $5,000 is given by PEN Canada to a writer whose work “transcends the boundaries of national divides and inspires connections across cultures.” The award will be given, in absentia, as Dieu Cay is currently serving a 12-year prison sentence for “conducting propaganda against the state.”

Sixty-one-year-old Dieu Cay, born Nguyễn Văn Hải, has been a pioneer in using online social networks to expose corruption and human rights violations in Vietnam. He rose to prominence in the blogosphere as an outspoken advocate for democratic reforms and is well known for his denunciation of China’s foreign policy towards Vietnam, an opinion that eventually led to his imprisonment.

In 2008 Dieu Cay received an award from the Vietnam Human Rights Network for his commitment to freedom of speech. The following year he received the Hellman/Hammett-award from Human Rights Watch.

“Dieu Cay’s voice has been unwavering in the face of government pressure, confronting issues that Vietnam’s mainstream media avoid. Sadly, he is one of more than a dozen bloggers imprisoned for nothing more than peaceful dissent,” said Jim Creskey, chair of PEN Canada’s Writers in Prison Committee.

• Dieu Cay is the pseudonym Nguyễn Văn Hải uses on his blog of the same name. Literally translated it means “the peasant’s pipe.” He is a journalist, blogger, and activist, and he co-founded the Club of Free Journalists (Cau Lac Bo Nha Bao Tu Do) in Vietnam in 2006.

• Dieu Cay has been continuously detained since April 19, 2008 and was first convicted in 2009 for “tax evasion” after a closed trial that was widely considered unfair.

• After completing his sentence in 2010, Dieu Cay was charged with a second offence of “conducting propaganda against the Socialist Republic of Vietnam” under Article 88 of the Criminal Code.  The charge was based on his online writings for the Free Journalist Network in Vietnam, published prior to his arrest in 2008. Article 88 is one of several repressive provisions in Vietnamese law that are routinely used to criminalize free speech and imprison peaceful dissidents.

• In February 2011, Dieu Cay began a hunger strike to protest inhumane conditions in Prison Camp No. 6 in Thanh Chuong District, Nghe An Province in Central Vietnam. The prison lacks adequate medical facilities and is situated in a remote, mountainous region 70 kilometres from Vinh, the nearest town. The hunger strike lasted four weeks and almost killed him.

• In mid-June 2013, after being held in solitary confinement for three months and denied medical care, Dieu Cay began a second hunger strike to protest the conditions in which he and his fellow prisoners were being held.  In August 2013, Dieu Cay ended the five-week hunger strike after Vietnamese authorities agreed to accept his complaint about poor treatment in prison.

The One Humanity Award

The first One Humanity Award was given to Chinese journalist Jiang Weiping in 2006. Award winners include Burmese poet and activist Zargana, Mexican activist Lydia Cacho, and Iranian human rights lawyer Nasrin Sotoudeh. In 2012, the award was given to critic, writer, activist, and Nobel peace laureate Liu Xiaobo. The One Humanity Award is funded by a donation from PEN Canada patron Florence Minz.

PEN Canada is a nonpartisan organization of writers that works with others to defend freedom of expression as a basic human right at home and abroad. PEN Canada promotes literature, fights censorship, helps free persecuted writers from prison, and assists writers living in exile in Canada. PEN Canada is the Canadian centre of PEN International, a community of writers that operates on five continents with 146 centres in over 100 countries.
——–