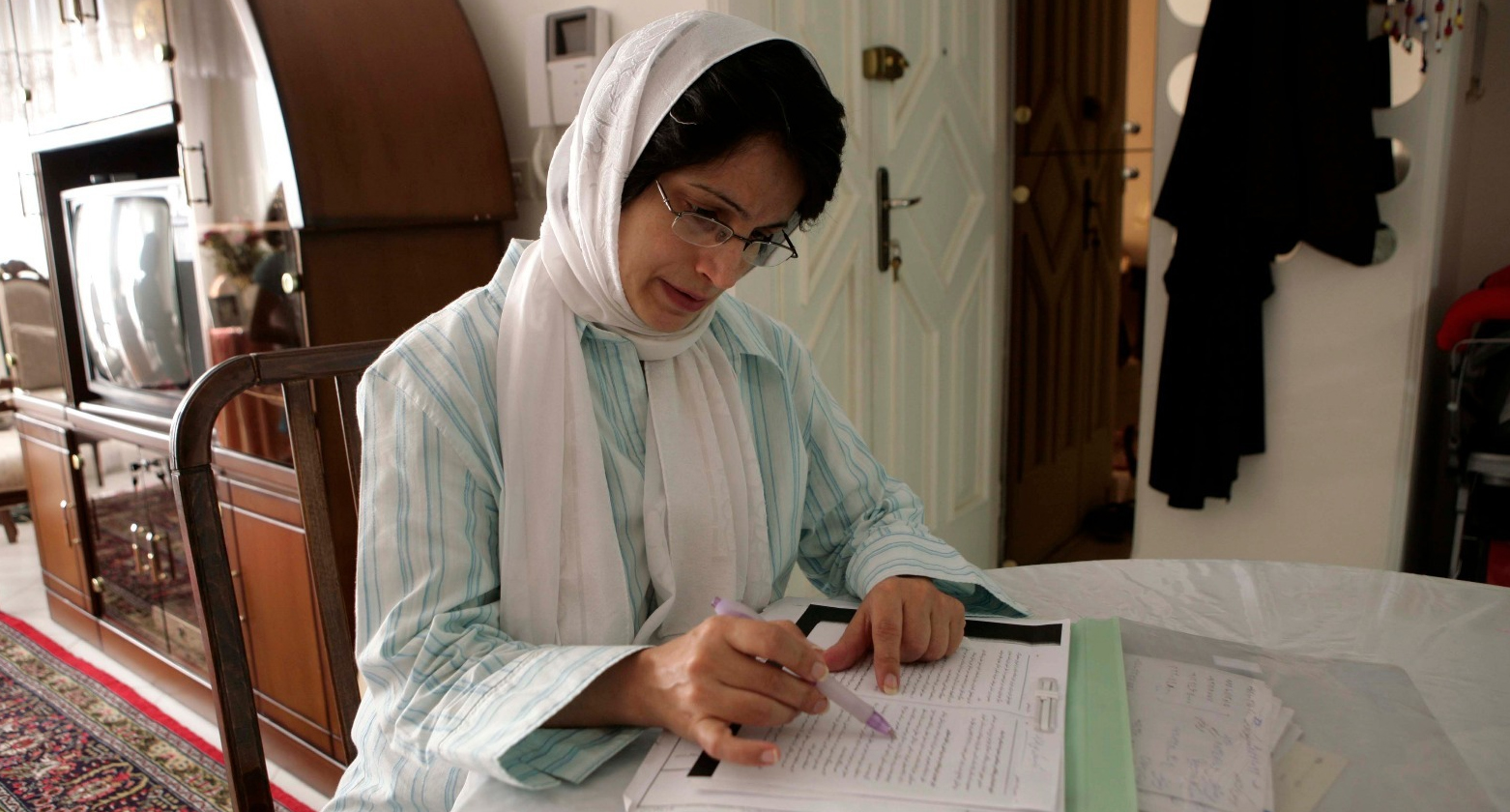 TORONTO (April 8, 2019) – Nasrin Sotoudeh, the Iranian human rights lawyer renowned for her defense of women’s and children’s rights, will receive the One Humanity award at PEN Canada’s annual gala on April 11, 2019 in Toronto. Sotoudeh, 56, who is currently in prison, was sentenced in March 2019 to 148 lashes and more than 38 years imprisonment for national security offences. The award will be presented by Canadian literary icon Margaret Atwood to Iranian-Canadian human rights activist Nazanin Afshin-Jam MacKay, who will receive it on Sotoudeh’s behalf.

“The ongoing persecution of this brave woman for helping women to secure fair treatment should cease immediately,” said Atwood. “Nasrin Sotoudeh has tirelessly defended women and children from exactly the sort of arbitrary judicial rulings that have now been used to silence her. Let us call on the Iranian authorities to respect fundamental justice and grant Nasrin Sotoudeh an immediate and unconditional release.”

Sotoudeh was arrested in June 2018 after providing legal services for women prosecuted for appearing in public without a headscarf. She was charged with spreading “propaganda against the state,” “encouraging (moral) corruption and prostitution” and “publishing false information to disturb public minds.” Sotoudeh was previously arrested in September 2010, after defending activists detained during protests which followed Iran’s June 2009 presidential elections. On that occasion, she received a six-year prison sentence for “propaganda against the regime” and “acting against national security.”

“Many years ago, as head of Stop Child Executions, I worked with Nasrin Sotoudeh to defend women and children. I can say, unequivocally, that she is a Persian lioness – an Iranian Mandela,” said Afshin-Jam MacKay. “She is the epitome of compassion, hard work, courage and sacrifice, and she has selflessly defended others for decades. Her dedication to these causes has meant time away from her loved ones, and now it has taken away both her safety and her freedom. The least we can do now is come to her defense. I am actively campaigning to save my personal hero #wearenasrin #freenasrin.”

Established in 2006, PEN’s One Humanity prize acknowledges writers whose work “transcends the boundaries of national divides and inspires connections across cultures.” Previous winners include the Saudi blogger Raif Badawi, Ethiopian journalist Eskinder Nega, Palestinian poet Ashraf Fayadh and the Vietnamese blogger Dieu Cay. PEN Canada first awarded its annual One Humanity prize to Ms. Sotoudeh in 2011. She is the only person to receive the award more than once.

“Nasrin Sotoudeh is a heroic figure,” said Richard Stursberg, President of PEN Canada. “She has defended freedom of expression in circumstances that few of us could endure. Her refusal to be intimidated by authoritarian clerics has been a model of principled dissent and we have chosen to award this prize to her again to highlight the courage and integrity that she has shown throughout her ordeal.”

PEN Canada is the Canadian centre of PEN International, an international community of writers with 144 centres in more than 100 countries. It is a forum where writers meet freely to discuss their work, and a voice speaking out for writers silenced in their own countries.

A mother of two, Nasrin Sotoudeh was previously arrested in 2010 and initially sentenced to 11 years in prison on national security charges. The sentence was subsequently reduced to six years. She was released in 2013 after widespread international condemnation of the sentence. Since her most recent arrest, in June 2018, Ms. Sotoudeh’s children have not been allowed to visit her in prison.

In 2011 Sotoudeh received PEN America’s Barbara Goldsmith Freedom to Write Award and PEN Canada’s One Humanity prize. She has also been awarded the European Parliament’s 2012 Sakharov Prize for Freedom of Thought and the 2018 Ludovic Trarieux Human Rights Prize.