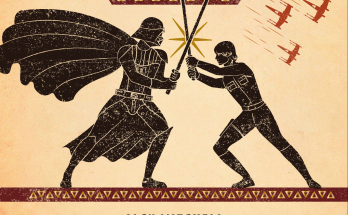 From Hollywood to Homer: Star Wars as epic poetry

On November 4, 2021 at 7-8 pm EST, PEN Canada invites you to a free online discussion with Jack Mitchell as he discusses his retelling of the Star Wars myth in iambic pentameter — the metre of English epics like Paradise Lost and The Prelude — with the novelist Colin McAdam.

The Liu Xiaobo Anniversary Campaign will act as a commemoration of Liu Xiaobo’s life, his contribution to Chinese literature, and his selfless work promoting basic freedoms in the People’s Republic of China (PRC), while also highlighting the case of writers Gui Minhai, Chimengül Awut, Kunchok Tsephel, Yang Hengjun and Qin Yongmin who are currently detained by the PRC government.

PEN emerged during a moment of postwar optimism regarding the potential of human fellowship to overcome the contingencies of geopolitical power.