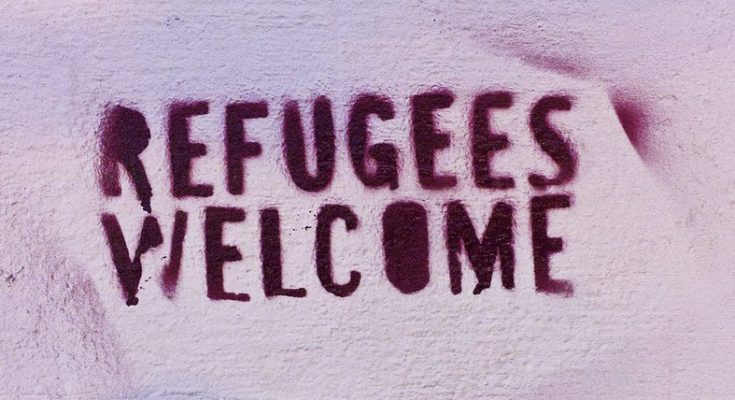 The following is excerpted from an Op-Ed published in the Globe and Mail on June 26, 2021.

Gratitude, or the sense that it is owed, can be weaponized. The pressure to perform it in the ways that are expected of us is amplified for a country’s foreigners, who may fear being called out as ingrates if they complain at all about, say, unequal conditions. The idea that they should just be grateful to be here creates the expectation that they should be silent when facing a bureaucratic hurdle, a discriminatory boss, an unsavoury neighbour. It can coax them into abandoning their values, political or otherwise. At the same time, gratitude is a fine metric of our success as a welcoming society. After all, you know you’ve given a good gift when you get gratitude in exchange.

The problem – or one of them, at least – is that Canadians too often see refugee programs as purely altruistic gifts, and not, for instance, as potential acts of reparation. In doing so, we ignore any consideration that giving refuge to people displaced by war, persecution, or extreme weather could be a redress for injustices that occurred while we looked away – or, in many cases, were directly involved in the life-or-death circumstances that led them to leave home. We may not think of domestic issues as having global consequences, but our disproportionately high per-capita greenhouse gas emissions, for example, or our government-approved sale of weapons to Saudi Arabia, have consequences that, despite being invisible to us, are materially real.

Gratitude and indebtedness plays into everyone’s understanding of the refugee issue, even if we’re unaware of it. If Canadians believe refugees owe something that they do not, it may breed resentment of newcomers; if refugees expect something from social services that charities or government can’t deliver on, they may grow resentful of their host country. The antagonism only festers when there’s dissonance between what we as Canadians owe to refugees, against what they believe we owe – and what they owe Canada as a host country, against what Canadians believe they should owe. In other words, there’s a gratitude gap – and if it’s left unaddressed while refugee numbers grow, the gulf could only widen and further polarize the population.

Although it’s rarely the No. 1 concern for voters, refugee resettlement has been a hot-button topic for the past three national elections, and a “remarkably steady” one, according to a 2019 Environics Institute survey. Nearly equal numbers of Canadians agree and disagree that refugees are a drain on the system; that most refugee claimants are illegitimate; that immigrants do not adopt Canadian values.

The issue of refugees has proven to be remarkably divisive for a populace that by and large agrees that multiculturalism is core to our national identity, and that overwhelmingly believes immigration is good for the economy. Refugee resettlement, however, is an issue that’s adjacent to multiculturalism and immigration, and the topic tends to categorize people differently, and into one of two camps: those who ask themselves “what do we owe to refugees?” and those who ask “what do refugees owe us?” That is, do refugees owe a positive contribution to the economy, or to the community? Do refugees owe their host country and new neighbours gratitude – and, if not, do they owe anything at all?

That question is more than hypothetical; it’s an ethical concern that will require an urgent consensus. At 82.4 million people worldwide, the number of internationally and internally displaced people has nearly doubled the number of Europeans left behind by the Second World War. The 21st-century forces uprooting people in the Global South, where 85 per cent of refugees live and mostly remain, have yet to inspire a solidarity movement like the postwar actions that gave birth to the 1951 UN Refugee Convention and 1967 Protocol.

Here in Canada, an average of 25,000 refugees have been resettled per year since 2015. Ottawa has just announced plans to expedite the acceptance of refugees based on the job skills they’d bring to Canada, and to nearly double its 2021 goal by accepting 45,000 “protected persons” – that is, asylum seekers currently in the country – in part to make up for the unusually low number of people admitted during the first year of the pandemic.

But that’s just a drop in the bucket for the crisis the whole world is facing, which will only be made worse by climate change and sustenance scarcity. A huge number of climate change’s refugees will originate from the lower half of the western hemisphere, but it will drive many North Americans to seek refuge far from home, too. Increasing instances of wildfires, floods and droughts will force every living Canadian to put faces to the numbers – and they might find their own there. That will force us to ask: What do we owe to each other?

The United Nations has little to say on the civil obligations of refugees. A one-clause, one-sentence article in the UN’s Refugee Convention reads: “Every refugee has duties to the country in which he finds himself, which require in particular that he conform to its laws and regulations, as well as to measures taken for the maintenance of public order.” There’s no specification for what measures the state can or cannot take, nor what is owed if the state itself does not conform to international laws and regulations.

To grapple with the crisis, the UN Migration Agency considered some other terms governing refugees in 2016. In addition to complying with the host countries’ laws and regulations, the agency concluded that refugees must also apply for residence and respect mandatory integration programs, such as Canada’s English-as-second-language education. However, the UN also concluded there’s no obligation on refugees to integrate into the host country’s society per se.

But do refugees even owe that much? Two recent policy books published on the matter – David Owen’s What Do We Owe To Refugees? and Jennifer Kling’s War Refugees: Risk, Justice, and Moral Responsibility – argue that refugees simultaneously owe much less and much more to society. Both authors also submit that whatever refugees do owe, it is much less than what is owed to them by wealthy countries.

A political and moral philosopher who is a professor at the University of Colorado, Ms. Kling argues that a simple policy of non-refoulement – that is, a country’s promise not to return refugees to a country where they would be in danger – misses the point of refuge. “Refugees ought to have their basic human rights protected and, in general, deserve a chance for a minimally decent life,” she writes. Refugees deserve this because their rights have been violated, and a minimally decent life both requires and deserves reparations owed for the former. Thus, deciding what the Global North is obligated to provide – especially when its countries are, often complicit, if not directly the cause of their displacement — is less a matter of humanitarianism than justice.

Ms. Kling reframes refugees as victims of war instead of collateral damage, and in doing so, it becomes easier to consider her uncommon views. “Refugees have no obligation to be grateful,” Ms. Kling argues. “Gratitude is the correct response to charity, not justice, and so demands for refugees’ (perpetual) gratitude are simply mistaken, in addition to being oppressive and insulting.”

More provocative is Ms. Kling’s belief that refugees “do not have obligations to follow the laws and policies of the states that they come to inhabit, because they do not know them.” They are still “causally” responsible for their actions, however – assuming otherwise further dehumanizes them. She also argues that war refugees bear some responsibility for resisting potential injustice or oppression in their host country, to “foster, validate and express their self-respect.”

Such an obligation to activism is a lot to ask of anyone, especially a refugee. Yet Mr. Owen, a political theorist at the University of Southampton, comes to this conclusion, too. If refugees potentially violate some obstacles to secure their safety or well-being, those acts “should be viewed as an act of transnational civil disobedience … [to] coerce non-cooperating states into the performance of their responsibilities,” he writes.

Mr. Owen also takes the justice position on refugee rights, declaring that host countries should demonstrate moral solidarity with refugees of all kinds, including “those whose lives are threatened by natural disasters rather than by human ones.”

The refugee-host country relationship, by its legal definition, holds that the latter is responsible for giving the former safe haven. It’s necessarily unequal, but not inherently one-sided. Even if non-citizens can’t vote, serve jury duty, or live here for the long term, they can still contribute to society. But do they have to? And, if so, what should they get in return? What law, established or unwritten, should set the terms, so that the gratitude gap isn’t left to fester and grow?

In Canada, the obligations of every new citizen are vaguely written into our oath of citizenship. While the first two-thirds of it comprise phony reverence to the Queen, the deliverables are laid out in the last 16 words: “I will faithfully observe the laws of Canada and fulfil my duties as a Canadian citizen.” The laws are self-explanatory. The duties are included in the 68-page study guide provided to would-be citizens by the government, which range from helping others in one’s community to protecting one’s natural, cultural, and architectural heritage – and enjoying it, too.

The Oath is an elegant vow to individual Canadians with no guarantee of reciprocation. After all, the vast majority of Canadians are natural-born, and thus never had to affirm their responsibilities; while my parents vowed to uphold their duties in the 1970s and ’80s, I never had to. However, there exists no such contractual agreement between the Crown and resettled refugees – a kind of guide that would go a long way toward closing the gratitude gap. What do refugees believe they owe to host countries? If there was an Oath of Refugeehood, how would it read?

Omar Mouallem is a board member of PEN Canada