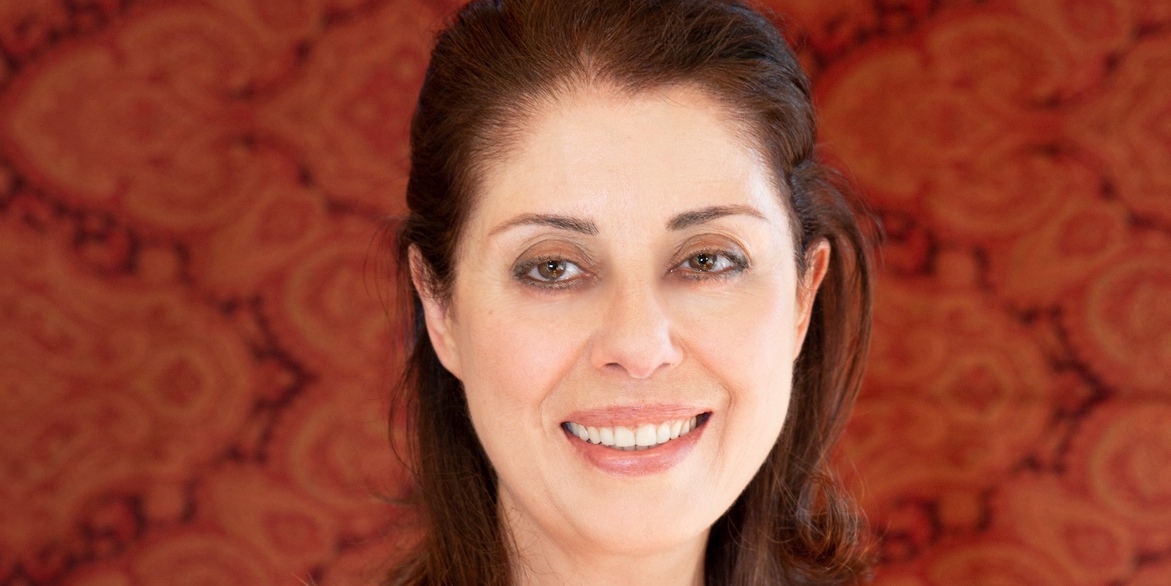 Maria Saba is the 2020 PEN Canada-Humber College Writers-in-Exile Scholar. An Iran-born writer, storyteller and arts educator, Saba has published three books and over a hundred articles, interviews and stories. Her short story collection, My First Friend, was long-listed for the Iowa Short Fiction Prize, and the title story, published in Scoundrel Time, won the Editor’s Choice Award and was nominated for the Pushcart Prize. Her novella, The Secret of Names, was long-listed for the 2020 Disquiet Literary Prize.

PEN Canada: In your short story “Lenovici”, a young girl inadvertently betrays her family to the secret police. Did you grow up with a fear of something similar?

Maria Saba: The warning I remember most from my childhood was, “Walls have mice, mice have ears.” If this does not instill the fear of ‘talking’ in a child, I don’t know what will. I remember sitting by myself imagining mice running in walls carrying messages to someone out there, waiting to hear what we said. This is something that I brought up in another short story, “The Age-Old Ways.”

PC: How did the political tensions from your childhood in Iran influence your work? Have these tensions eased, or changed, since you moved to Canada?

MS: The political tensions from my childhood in Iran are the driving force behind my writing. I am constantly going back to a place of discomfort, fear and anxiety to express them from the point of view of children, who are the most vulnerable. The situation in Iran has grown worse since then and so has the anxiety.

PC: You have a remarkably varied résumé, with accomplishments as a scientist, storyteller, choreographer and cultural organizer in addition to your writing. How have you made the time to write while pursuing so many other activities? How have they contributed to your writing?

MS: I remember writing my first book mainly in train stations, on trains, at airports, on planes, basically anytime, anywhere I could. There was no other way, really. Science, dance, storytelling and organizing cultural and artistic activities have contributed enormously to my writing, except when it comes to time of course. They have taken away time, but contributed to my discipline, to being objective and detached, to physical fitness, to go beyond reading stories and ‘watching’ them in motion (in dance), each adding a dimension to my way of seeing and writing.

PC: Which writers – from Iran and elsewhere – have most influenced you? Which foreign authors do you feel have written most intelligently about Iran?

MS: Poets such as Gurgani, Sa’adi, Hafez, and Ferdowsi have influenced me deeply in different ways. The power of language, the wisdom, the beautiful stories and the way each goes against conventions–literary ones, moral codes, or the politics of the times–have contributed to my enjoyment of literature and understanding of its capacity and power. Among non-Iranians, Edward Lear, Charlotte Bronte, William Trevor, Kafka and Bazhov have had an impact on my way of seeing the world and writing about it.

So far, most books and articles I have read about Iran feel like oversimplifications of a very complex country.

PC: What recent books have you most enjoyed? Which one would you most like to have written?

MS: I have recently learned of Aaron Becker’s work, which are mainly illustrations. Whenever I pick up one of his books, the hope for a simpler, better world rises in me. I wish I could draw my words too!

PC: In Shah of Shahs (published in 1992), Ryzard Kapuscinski writes: “A dictatorship depends for its existence on the ignorance of the mob; that’s why all dictators take such pains to cultivate that ignorance. It requires generations to change such a state of affairs, to let some light in. Before this can happen, however, those who have brought down a dictator often act, in spite of themselves, like his heirs, perpetuating the attitudes and thought patterns of the epoch they themselves have destroyed.” Was/is this a fair assessment of what happened in Iran? What role has books, and culture more generally, played in reforming such attitudes and thought patterns?

MS: I agree with Kapuscinski that dictators always have a vested interest in keeping people ignorant, but we should also consider the impact of willful ignorance, where people choose not to know.

Kapuscinski’s general statement indicates one aspect of what happened in Iran. There are so many other factors involved: the economy, the foreign interests, world politics (the 1979 revolution happened in the Cold War era)…

Education, books, art and culture are long-term investments against ignorance, but on their own they do not make societies immune to dictatorship, as history has shown.