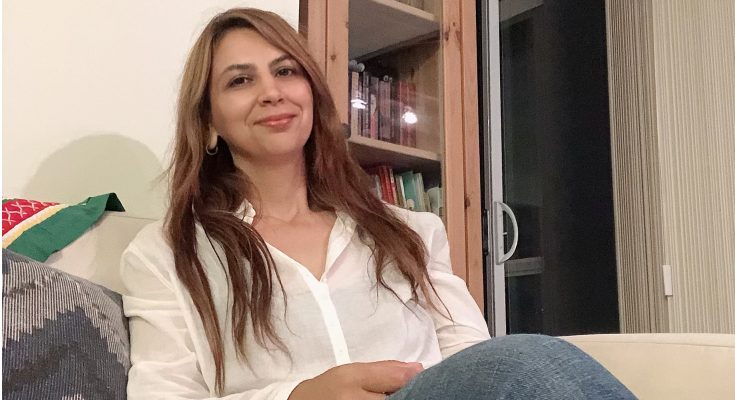 Arzu Yildiz is a Turkish journalist who has covered high profile murder cases and the illegal arms trade to Syria. She has worked as an editor and senior reporter in both print and television journalism. She is the author of four books and the recipient of the 2021 PEN Canada-Humber College Writers-In-Exile Scholarship.

PEN Canada: You have worked with journalists who faced a draconian backlash against the independent press, including the closure of newspapers, and lengthy prison sentences for you and your colleagues. Has advocacy and fiction writing helped you to come to terms with these experiences?

Arzu Yildiz: I was a court reporter working on human interest stories that often involved traumatic events and pain. As a journalist, I tried not to lose my feelings and normalize the suffering. Major corruption and crime coverage gives prestige to a journalist and these stories helped to advance my career. But it was features on slums, stories about ordinary people, that developed me as a person. I think that stories about common people are more important than those about great thieves. It developed me emotionally. At a courthouse you see a lot of pain, you witness many things. Emotions well up inside you. When you write, you pour out the feelings you have kept inside. This creates something authentic. In addition to my journalism, I now have the experience of being a refugee. This creates an emotional rupture that you try to overcome the only way you know, by writing and writing…

PC: The Turkish poet and novelist Burhan Sönmez is the new president of PEN International. He, too, has faced serious repression. Could his presidency change the way Turkish writers and journalists are treated?

AY: For me it isn’t important that Burhan Sönmez is from Turkey. What matters is that he is a good writer, poet and human rights defender. I think he will do excellent work. I don’t think the Erdoğan government will care that he is the president of PEN. If Hitler were still alive, would he care if PEN’s president were German? Turkey’s government has abandoned the rule of law. Osman Kavala and the Kurdish politician Selahattin Demirtaş, co-chair of the Peoples’ Democratic Party (HDP), have not been released despite international judicial rulings. The Supreme Court stated that they should not serve a single day in prison, but still they remain there. Even so, I believe that the Erdoğan era will end soon and critiques from groups like PEN will be taken seriously during the post-Erdoğan period.

PC: In a conversation with the Nobel Prize Outreach, the 2021 laureate for literature, Abdulrazak Gurnah, observes that refugees “don’t come empty handed. A lot of them are talented, energetic people who have something to give … You are not just taking people in as if they are poverty stricken nothings …but also people who can contribute something.” Does this resonate with your experience in Canada?

AY: It is very meaningful that the Nobel Prize has been given to a person with this vision and I agree with him about refugees.

States see refugees as a problem. As a refugee, I would reply that we see the states as a problem. Many of us had to emigrate because of problems they have caused, or laws they have ignored. Having suffered, we don’t just bring tears, we also bring love. We don’t just bring pain, we bring hope. Having lost everything, we show that people can start again. We bring a fighting spirit. In nature, a honeycomb is fashioned out of many different flowers, from fragments bees have carried for long distances. Canada is like this. It seems far more democratic and welcoming than other places, a haven for immigrants and refugees. Hard working, valuable people have made a beehive here with honey that retains traces of many distant flowers.

PC: In Behrouz Boochani’s memoir “No Friend but the Mountains” his translator comments on tropes that diminish refugee experiences, stereotypes “rooted in a deficit/surplus dichotomy in which refugees are contrasted with citizens: Caged person – to the West; Desperate supplicant; Struggling overcomer – the battler; Tragic escape and miserable victim; Broken human being; Mystic sage – quirky and mysterious, a trickster.” How can editors and publishers avoid this tendency to “reduce refugees to essentialist, voyeuristic, patronising and disempowering narratives”?

AY: First and foremost, a refugee is someone who has suffered injustice. People leave home because they seek justice, even though they may not find it abroad. I could explain why for pages. But briefly, a refugee is asked to be grateful and to do everything for themselves: learn a language, get a job, find a house, familiarize themselves with ​​the law. In written language or at conferences, refugees should first be seen as people who have suffered injustice, not as pathetic or miserable people. We should write about them with empathy and sensitivity. Editors need compassion, not just a knowledge of language.

PC: Which Turkish writers should a Canadian read? Which Canadians should a Turk read?

AY: I believe everyone should read Ahmet Altan, the former editor-in-chief of the Taraf newspaper where I used to work. His father, Çetin Altan, also spent his life fighting for democracy and was imprisoned and tortured. Ahmet and his brother Mehmet were also imprisoned. Altan is very brave and says the right things in difficult times. He is like a Turkish Jean Paul Sartre. Books that he wrote on a plastic table in a prison cell have now been published in many languages. Reading is good, but reading the right person is even more important. I’d suggest starting with  “I Will Never See The World Again”.

I think the Canadian author Margaret Laurence should be read by everyone in the world, not just Turks. “The Diviners” is very good. As you read, you feel that she is writing from her heart. I have also read Malcolm Gladwell and Desmond Cole with great appreciation. I love writers who question and resist the status quo. I find both men sincere, a little harsh perhaps but very honest. They reveal another perspective. There are many marginalized people in Turkey, with whom these books will resonate. I also think Joseph Boyden’s “Three Day Road” is very powerful.

PC: If you could make three daily Turkish experiences, or items, readily available in Canada, what would they be? Conversely, what would you miss about Canada if you had to move elsewhere?

AY: I don’t miss anything about Turkey. I remember only the day I left. Anything before that, makes me sad. Turkey has so many historical places; I miss walking in that atmosphere. I would love to have historical traces on the streets of Canada, to feel like I was walking in a time warp. Turkey has a melody because it contains many civilizations from the past. I can’t find that melody here. It feels like watching beautiful scenery in total silence. Everywhere is beautiful, there are all kinds of colours, but there is no sound. I would love to hear Anatolian melodies on the streets.

If I had to move again, I think I’d miss everything about Canada. The silence, the respect, the coexistence of different people. In a Toronto apartment you have neighbours from all over the world. In the elevator, I feel as if I am watching the world from above in a plane. I worked as a chef in a restaurant here. I had a Brazilian friend. He used to say: “Brazil is very beautiful, it has the ocean and a unique natural beauty. It is like paradise. But a paradise with only Brazilians is boring. Here in the kitchen I work with you, and with Tibetan, Nepali, Filipino, Indian people. It’s a kitchen, but also a world. It isn’t boring at all.”

When I sit at my window with a coffee, watching the world outside, it’s like a place where people who have buried their pain meet, and I can hear their silence. It’s sad and comforting. I consider myself a local now and wouldn’t want to leave Canada because there are values ​​here that we cannot easily transplant elsewhere.