PEN Canada: You are the fourth poet to win the RBC / PEN Canada New Voices prize. At a time when poetry struggles to find large print audiences – with a few notable exceptions – do awards like this help?

Em Dial: As an emerging poet, awards like this absolutely provide a sense of affirmation and direction. The current landscape of potential homes and forms for poems feels so vast and untraversable at times – from Instagram posts to literary publications with hundreds of years of institutional power. Knowing which niches will hold your work authentically can be a gamble, and so I feel so grateful that this prize can be an abode for some of mine.

PEN: You have already won a Hoefer Prize for Excellence in Undergraduate Writing and a Best Poet Award from the 2017 College Unions Poetry Slam Invitational (CUPSI). What has this recognition, and your success as a slam poet, meant to you?

ED: I’m incredibly indebted to all of the professors, mentors, coaches, and friends who have advocated for my writing over the years and have been willing to slip my name onto any nomination form. The act of generosity that so many folks have taken in listening, and showing me artifacts of that listening, has allowed me to re-envision myself as an artist many times over. If it wasn’t for the persistence and radical celebration of communities like Stanford Spoken Word Collective, the Root Slam, and the Green Room Writing Collective, my work likely would have stayed with one mic on one stage in 2014.

PEN: If “more / hyphens means more permutations”, to whom does a self-described “Mixed-Triracial-Hybrid-Queer-Chronically-ill-Non-binary-Mongrel” turn for inspiration? Which writers have helped you explore, and calibrate, the different parts of your identity?

ED: The delicious part about so many permutations is that I feel a certain degree of kinship with so many lonelinesses in this world. I think that any work that calls the world to imagine something new is what is currently moving me, as these new universes that poets crack open in their work often feel like places I can exist with less explanation. The work of Franny Choi, Tommy Pico, Danez Smith, Emily Jungmin Yoon, and Eve L. Ewing has definitely been significant in this exploration for me recently.

PEN: You write that one of your poems “came together as a vessel to hold years of a very quiet rage”  in part because of the “perversity in making wombs into sites of exploration and colonization.”  Elsewhere you describe a triracial identity as “the fabric between / so many sets of teeth”, or trapped between the transitive and intransitive uses of melt (“You’re either being broken down or the one doing / the breaking”). Do you find the tensions of Canadian multiculturalism different from those in the US?

ED: The machinery feels different, but the fuel and outcome feel hauntingly similar. From my time here so far, I have felt very palpably the way that melting is so integral to the identity of Canadian multiculturalism, even more than in the “melting pot” of the US. I also feel how this melting is often touted over racial politics in the US, which are considered to be more eruptive or divisive. Whether melted or broken in two, the intention and result end up looking very similar, and I’m interested to continue investigating these similarities over the coming years.

PEN: In one poem you celebrate sharing a birthday with Yuri Kochiyama and Malcolm X. Kochiyama notoriously, and unrepentantly, lionized Mao Zedong and Osama bin Laden. In 2016 the Weekly Standard attacked Google’s commemorative doodle of her, because she “harbored an unacceptable degree of contempt for her country.” By contrast, many of Malcolm’s insights seem at the heart of current activism. What do you think these iconic figures would make of dissent in the Trump years? Is there an acceptable degree of contempt for your country, or does radical dissent always appal the mainstream?

ED: Beyond sharing a birthday with these two, what draws me to both Yuri Kochiyama and Malcolm X, and what likely drew them to each other as dear friends, was a very similar unrepentant steadfastness in both of their politics and imaginings of justice. A lot can be said in regards to the way their rage and refusal is memorialized, and how that maps back onto so many histories of Black men, East Asian women, and their respective anger. However, I think, in short, both were far from heroes in the public’s eye in their lives, and I think the same would be true today. The legacies of Yuri Kochiyama and Malcolm X are evergreen in so much activism and organizing, and while messy and perhaps appalling at times, it seems to me to be driven by uncompromising love and a strict denial that we can’t do better by one another.

ED: So tough to narrow it down! If I were building out a curriculum that had a little of everything – joy, survival, wonder, craft, history, etc. – it would probably look something like Octavia Butler’s Parables, Conflict Resolution for Holy Beings by Joy Harjo, Homie by Danez Smith, Refuse by Julian Randall, Farming While Black by Leah Penniman, Soft Science by Franny Choi, and the collected works of bell hooks.

PEN: As a new Canadian, what has surprised you the most? Which Canadian writers have helped you to understand your new home?

ED: I feel like I’m constantly surprised just by what it is to live in a new place, with a new climate, and new history – there’s so much to learn. I’m grateful especially for the work of Billy-Ray Belcourt, Arielle Twist, and Joshua Whitehead in this process. Leah Lakshmi Piepzna-Samarasinha, Kai Cheng Thom, and Phoebe Wang also do so much exploration of borders, belonging, and place in their work, which has also been a guiding light. Getting to work in the actual soil at an urban farm also helps so much in teaching me what it means to live and grow here. Lastly, my partner and favorite poet, Cass Myers, teaches me new meanings of home every day. 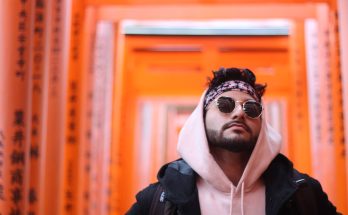