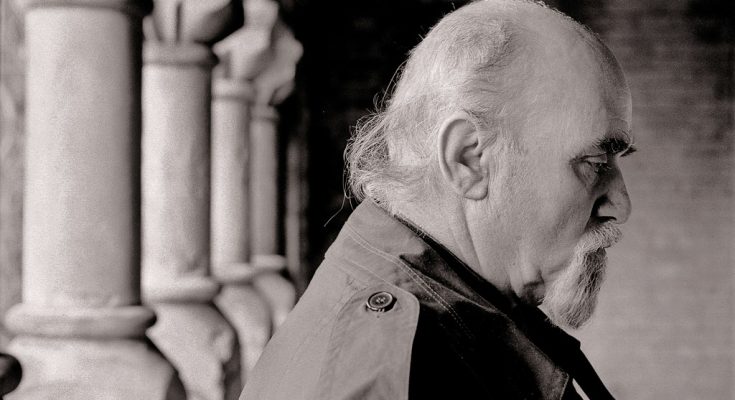 Reza Baraheni, Iranian dissident, prodigious author and former president of PEN Canada (2001-03) has died, at the age of 86, in Toronto.

He is survived by his wife Sanaz Sehhati of Toronto; daughter, Aleca, of Fairfax, Virginia; Oktay, of Tehran and Toronto; and Arsalan and Esfandiar, of Toronto.

A memorial is planned for April.

A ferocious human rights activist and a valiant warrior for freedom of speech, he was perpetually protesting against his homeland’s persecution of writers, intellectuals and ethnic minorities. He was jailed and tortured by both the regime of the Shah and, after the 1979 revolution, the Islamic Republic.

An Azerbaijani Turk, he was first arrested in 1973 for having spoken up for non-Persian minorities, whose linguistic, ethnic and cultural identities were being suppressed. He was released after protests by prominent American academics and writers, including novelist Jerzy Kosinsky. They called him “Iran’s Solzhenitsyn.”

E.L. Doctorow described him as “the chronicler of his nation’s torture industry.” And Harper’s magazine dubbed him “Iran’s finest living poet.”

He defected to the United States, where he testified before Congress and rallied intellectuals like Arthur Miller, Joan Baez, Noam Chomsky, Daniel Berrigan, Pete Seeger, Susan Sontag and others to question Washington’s blind support of the Shah. In December 1978, he and Allen Ginsberg were among the hundreds demonstrating outside the White House while Jimmy Carter was hosting the king.

He resumed teaching at the University of Tehran but soon ran afoul of the new rulers, especially for his work with the banned Writers’ Association. In 1994, at clandestine meetings of the group, Baraheni and others wrote a charter calling for “freedom of expression, without limits or exceptions.” They called it the Text of 134, echoing Vaclav Havel’s Charter of 77 in Communist Czechoslovakia. He translated it into English and had it smuggled to Arthur Miller, who read it at the 1994 Congress of International PEN in Prague.

Retaliation in Iran was swift. Baraheni and others were summoned for interrogations. Many were jailed, blackmailed or murdered. His name turned up on a hit list in the fall of 1995. He fled to Sweden, from where he came to Canada in 1997, with the help of PEN Canada.

“Reza’s case was one of the rare ones when PEN Canada was able to make a real difference efficiently and happily,” recalls Ron Graham, who was president at the time. “The office got word of a distinguished Iranian poet and scholar who had got as far as Sweden and was trying to get to Canada as a political refugee. We had already established clear lines and good connections in External Affairs. Within hours, they knew of Reza’s reputation and importance in Iran. Soon he was whisked through the system.”

Baraheni continued his battle against the persecution of journalists, authors, academics and others in Iran.

His vision, however, was not confined to Iran. He was instrumental in having the wording of the charter of PEN International changed to make it more universal. Its first words used to be: “Literature, national though it may be in origin, knows no frontiers and must remain common currency among people in spite of political or international upheavals.” He proposed deleting the words, “national though it may be in origin.” That simple yet profound change was approved at the 2003 PEN Congress in Mexico City, the first change to the document since it was agreed to in 1948. The revised Charter now reads: “Literature knows no frontiers …”

“I remember well the sharp intelligence and passion of Reza Baraheni, an important voice in PEN and for PEN, especially in PEN Canada and for writers in Iran.

I remember well the sharp intelligence and passion of Reza Baraheni, an important voice in PEN and for PEN, especially in PEN Canada and for writers in Iran.

“We will continue to have Reza with us through his writings.”

Haroon Siddiqui, editorial page editor emeritus of The Star, who succeeded Baraheni as PEN Canada president, and also served on the board of PEN International (2007-13) called him an “indefatigable defender of free speech and a valiant warrior for human rights.”

“He and Canada were made for each other. In no other country would a newcomer, even of Baraheni’s stature, have been so quickly accepted and elevated to the presidency of a PEN chapter, as he was here within four years of his arrival.”

“A polarizing figure, Baraheni drew strong reactions, both for and against. That was a function of his passionate advocacy as well as a reflection of the deeply divided Iranian society, in Iran and in the diaspora.”

“When I first met Reza Baraheni I was struck by how this gentle figure was at the same time “a ferocious defender of freedom of expression.” Ferocious is the right word. The energy and determination he put into advancing the cause of free speech against the Shah’s regime and then against the Islamic Republic put him twice in jail. His ethical courage made him a model for all of us when it comes to defending free speech. You put yourself, your very body, in the way of its opponents.

His ethical courage made him a model for all of us when it comes to defending free speech. You put yourself, your very body, in the way of its opponents.

“You also put your mind. It is thanks to Reza that PEN International’s Charter, first written by John Galsworthy, now opens with the words: “Literature knows no frontiers”.

“I remember Reza giving a moving reading of his prison experiences at U of T. I also remember an extraordinary evening when he gave a group of Toronto writers a one-hour lecture on Islamic poetic traditions – eloquent and insightful.”

“I remember his scholarship, his writings, his gentlemanly dignity, his courage in the face of loss and sadness.”

Reza Baraheni exemplified so much of what is best about PEN, in his personal bravery, writing in the face of repression, and in his dedication to speaking out on behalf of embattled journalists and writers everywhere.

Lale Javanshir, from the University of Toronto, translated one of Dr. Baraheni’s poems into the Azerbaijani language. The translation is significant as Mr Baraheni himself was involved with the translation and edited the final version to better reflect the internal voice of the poem. A good friend of Lale’s, Aria Torkanbouri, an Azerbaijani composer from Vienna, composed the following music based on this translation. Mrs Solmaz Balaei from Tabriz, Iran, sang the song. Click here to listen.