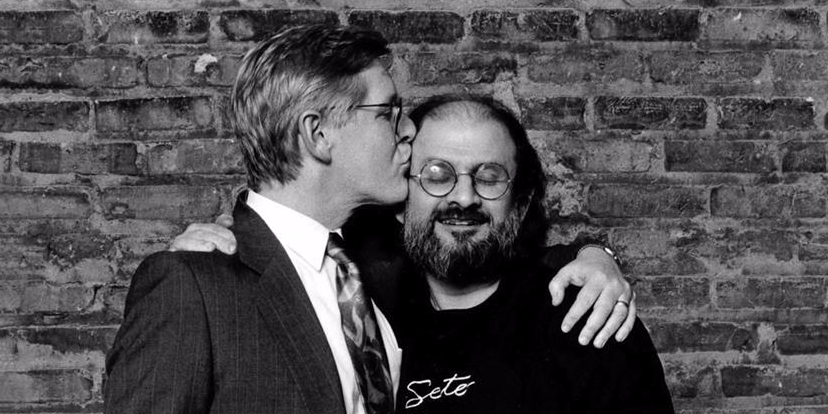 “I’ve seen ‘Code Name Sally’ and it’s a wonderful little film. Moving, funny and inspiring, it tells the cloak-and-dagger story of a Canadian mission like no other, while revealing the significance of an extraordinary moment in our cultural and political history. A must see — for the small price of supporting an essential cause.”– Brian D. Johnson

I was at the PEN benefit twenty-five years ago and still remember what an electric, communal moment it was when Rushdie emerged from deep hiding to appear, unexpectedly, on the Winter Garden stage.  There was this powerful sense of community and of moral clarity, a feeling I’ve associated with PEN Canada ever since.

What I didn’t know at the time was what a compelling behind-the-scenes drama bringing Rushdie to Canada had been. Nor did I realize, until much later, that this was the seminal moment in his journey from fatwa to freedom. All of this became clear to me earlier this year, when Suzanne Depoe called on behalf of the PEN Canada Board to seek advice on how to go about making a film to commemorate the event. I agreed to meet with the principal players – Louise Dennys, John Ralston Saul, Ric Young, Marian Botsford Fraser and Adrienne Clarkson – and was captivated by the story. Doing a little internet search, I was dismayed to discover that the story is virtually unknown, and realized it would be lost forever if it wasn’t documented. My son, Ari, was visiting from China, where he makes documentaries, so I asked him to join me and make this film as a gift to PEN Canada, in recognition of the work they do to promote our most cherished value – freedom of expression.

To me this is a profoundly Canadian story about what a small group of people animated by a righteous ideal are capable of achieving. A modest little film with a big theme.

Ari Gunnarsson is a Canadian photographer and filmmaker living in China.  He is a graduate of University of Kings College and McMaster University in Canada and has studied Chinese at Beijing Normal University.  He has had several gallery exhibits of his photography in Beijing and has directed music videos for Chinese record labels for bands including Djang San and The Harridans. Gunnarsson is currently making his first feature documentary, Chasing Spring.

Sturla Gunnarsson is an Oscar-nominated, Emmy Award-winning Canadian filmmaker. He has directed feature films, feature documentaries and over fifty hours of premium television drama, most recently including the Canadian Screen Award-winning police drama 19-2 and the CBC/Netflix comedy Schitt’s Creek.

Gunnarsson is the Past President of the Directors Guild of Canada.