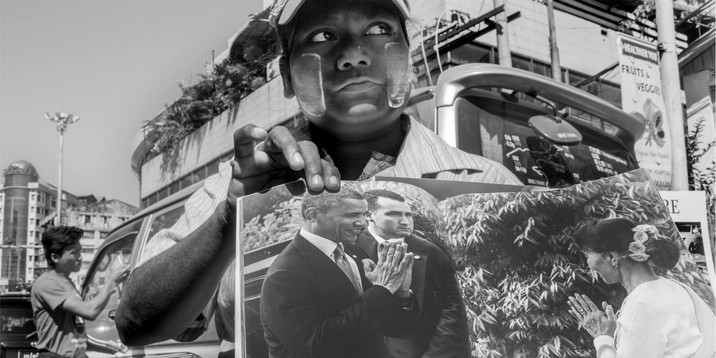 Behind the Veil of Democracy: Burma’s Struggle for Freedom

Wednesday,October 29, 6:30-8:30pm
George Vari Computing and Engineering Centre (ENG103) at Church and Gould
This event is not ticketed and seats are available on a first-come, first-served basis.

This event is part of the the International Issues Discussion (IID) series, a student-led forum designed to engage all members of the university community on major events and issues in contemporary global affairs through reasoned, objective, and scholarly discourse. It is a strictly non-partisan, unaffiliated, and apolitical group that welcomes all students to get involved and further their understanding of the world today.

The IID is committed to accessibility for persons with disabilities. Please contact them at 416-979-5000 ext. 6206 at least one week in advance of this event if you have any particular accommodation requirements, and we will do our very best to assist.

Dr. Ma Thida, a surgeon, human rights activist and writer, is President of the newly formed PEN Myanmar Centre. In October 1993, she was sentenced to 20 years in prison for her writings in support of Aung San Suu Kyi. In 1999, she was released following political pressure from organizations including International PEN. In 1996 she received the PEN/Barbara Goldsmith Freedom to Write Award.

Nay Phone Latt, a blogger and activist, is Secretary of the PEN Myanmar Centre. In 2007, his blog reported on the Buddhist-monk-led protests, which local media were forbidden to cover. He was sentenced to 20 years in prison for his reporting but released in 2012 as part of a mass political pardon. In 2010 he received the PEN/Barbara Goldsmith Freedom to Write Award.

Khin Mya Zin is the pen name of short story writer writer Htay Htay Myint. In 2012, her short story collection Clouds in the Sky and Other Stories won the Myanmar National Literary Award.