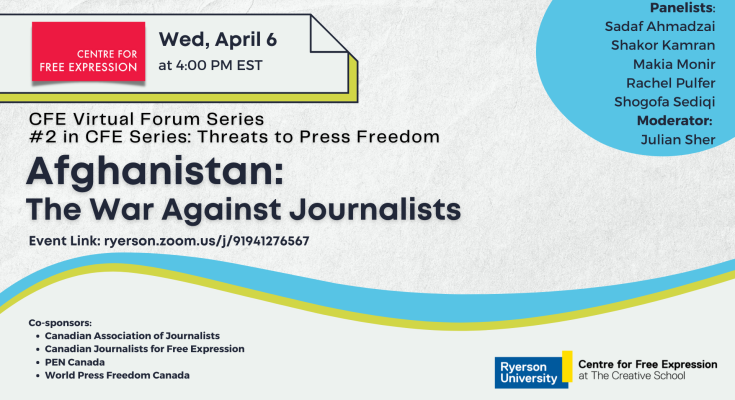 In the world’s longest-lasting war, Afghan journalists faced kidnappings and killings while combating the propaganda on all sides to get at the truth of the tragedy unfolding. That period led to a flowering of independent media and a new prominence for women journalists. With the Taliban’s return to power, journalists again face censorship, beatings, imprisonment, and closures. Many – especially women – have been forced to flee while others fight on. What is the future of media freedoms in Afghanistan and what can be done to help its journalists?

This is a free event and no registration is required.

Please contact cfe@ryerson.ca if you require accommodation to ensure inclusion in this event.