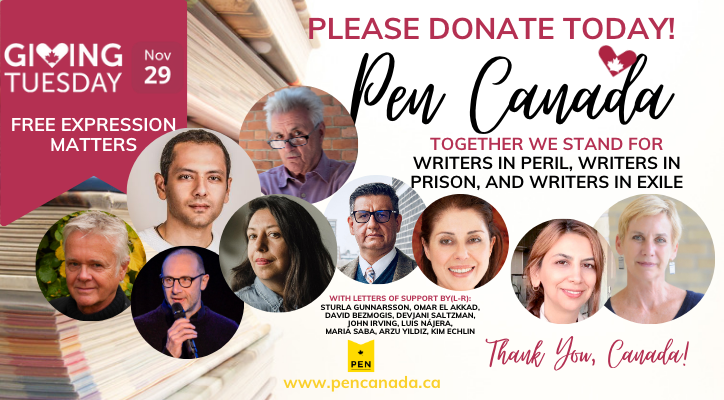 Together We Stand for Freedom of Expression

This past August, the brutal attack on Sir Salman Rushdie was a chilling reminder that freedom of expression can never be taken for granted. PEN Canada strives to honour, protect and defend this hard-won human right for writers, journalists, and ordinary citizens. For everyone.

To inquire freely, to freely express opinions and engage in fair debates is to value all of humanity’s voices, and  vigorously oppose the forces that seek to control, diminish, undermine or silence dissent and peaceful criticism.

Each day, in the lead-up to Giving Tuesday, we will be sharing a letter a letter of support from Canadian writer members and Writer-in-Exile members who passionately support PEN Canada’s mission.

Thank you for supporting PEN Canada in 2022.