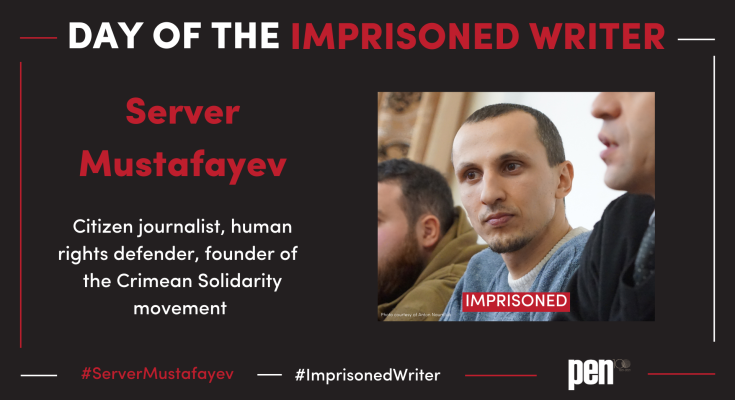 On May 21, 2018, Federal Security Services (FSB) officers raided Mustafayev’s house in Bakhchisaray, southern Crimea, before taking him to the FSB headquarters in Simferopol, the capital of the peninsula. He was placed in pre-trial detention the following day and charged with ‘membership of a terrorist organization’ under Article 205.5 part 2 of the Russian Criminal Code over his alleged links to Hizb ut-Tahrir, an organization banned in the Russian Federation but legal in Ukraine.

On February 22, 2019, Mustafayev was further charged with ‘conspiring to seize power by violent means under Article 278 of the Russian Criminal Code. He was transferred from Crimea to the Russian Federation on September 12, 2019; his trial opened in the Southwestern city of Rostov-on-Don shortly afterward. Mustafayev fell ill several times during his trial yet was denied adequate medical care and made to appear in Court. On September 16, 2020, the Southern District Military Court in Rostov-on-Don sentenced him to fourteen years in a strict regime penal colony on trumped-up charges. Seven other men, all members of Crimean Solidarity, also received lengthy prison sentences as part of the case. The Military Court of Appeal in Vlasikha, Moscow, upheld Mustafayev’s sentence in March 2022. He is not expected to be released prior to September 2034.

Born on May 5, 1986, Sever Mustafayev is married and has four children. He is being held in Tambov, Siberia, far away from his home and family in Crimea. PEN International denounces serious flaws in judicial proceedings against him, including his lengthy pre-trial detention and the fact that he is being held in the Russian Federation. Under international law, Crimea constitutes occupied territory and as the occupying power, the Russian Federation is obliged not to transfer civilian prisoners out of it. Trying civilians in military courts also violates international human rights norms. In June 2018, the European Parliament urged the Russian authorities to release Mustafayev immediately, a call reiterated by the UN Working Group on Arbitrary Detention in November 2021.

Before being transferred to the Russian Federation, Mustafayev wrote a moving letter, in which he expressed his determination to speak against the Russian occupation of Crimea, encouraged fellow journalists to write about human rights abuses in the peninsula, and notably thanked PEN Ukraine for their support.

Mustafayev is among 15 Ukrainian citizen journalists and human rights activists who are currently being kept behind bars in the Russian Federation and in occupied Crimea on politically motivated ground. PEN International had repeatedly condemned sweeping restrictions to freedom of expression in occupied Crimea. Following the Russian Federation’s full-scale military invasion of Ukraine on February 24, 2022, the already limited civic space in the peninsula has shrunk even further, with scores of Crimean residents prosecuted merely for calling for peace, in flagrant violation of international law, which compels the Russian Federation to respect the penal laws of the occupied territory. ‘Russian standards’ are being imposed in local schools, with the teaching of Ukrainian and Crimean Tatar languages, history, and literature being phased out. Crimean Tatars have also been disproportionally affected by draft notices and conscripted to serve in the Russian armed forces.

‘It’s easy to break a finger, impossible to shatter a fist. United, we are invincible.’ – Server Mustafayev

PEN International believes that Server Mustafayev is being targeted for his human rights work and for peacefully exercising his right to freedom of expression, and calls for his immediate and unconditional release. This is what you can do:

Advocacy
Please reach out to your Ministry of Foreign Affairs and diplomatic contacts, calling on them to:

Social media
Raise awareness of Mustafayev’s case on social media, using the sample messages below and the hashtags #FreeMustafayev #ImprisonedWriter

Facebook
Today, as I join PEN International’s Day of the Imprisoned Writer campaign, I call for the immediate and unconditional release of Crimean Tatar #ImprisonedWriter Server Mustafayev, who is being kept behind bars in the Russian Federation on politically motivated grounds. Join me in taking action: https://pen-international.org/campaigns/day-of-the-imprisoned-writer-2022 #ServerMustafayev

Twitter
Today, I join @pen_int in calling for the release of Crimean Tatar #ImprisonedWriter #ServerMustafayev, who is being kept behind bars in the Russian Federation on politically motivated grounds. Join me in taking action: https://pen-international.org/campaigns/day-of-the-imprisoned-writer-2022

Solidarity
Messages of solidarity can be sent to:

Please note that all messages need to be written in Russian if they are to be accepted by the penitentiary authorities. If you do not speak Russian, please use the sample message below or write to Aurélia Dondo, Europe Programme Coordinator, Aurelia.dondo@pen-international.org, who will arrange translation:

Dear Server, I wish you good health and strength and hope that you will soon be released. We are all thinking of you and stand with you in solidarity and respect.

Outreach
We also encourage you to highlight the case of Mustafayev, the other imprisoned Crimean journalists, the state of freedom of expression in occupied Crimea, and the Russian Federation’s war against Ukraine by:

Please keep us informed of your activities. Messages can be sent to Aurélia Dondo, Europe Programme Coordinator: Aurelia.dondo@pen-international.org.