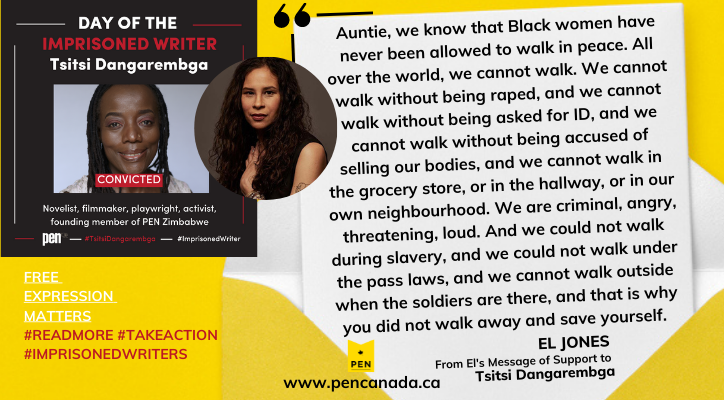 You told us that the problem was not us, that the sickness was colonialism. You showed us a way to be at home.

You will not know this, but yours was the first book by a Black woman I was ever taught in a classroom. I think you already knew, when you wrote Nervous Conditions, how many Black girls were sitting alone in classrooms with no guide for how to live in these worlds that told us we could succeed as long as we were willing to assimilate into something we were not. You knew because you were still not far from being a girl yourself. You seemed so old and wise to me then; now that I am many years older than you were then, I realize how young you were when you spoke for us. You told us that the problem was not us, that the sickness was colonialism. You showed us a way to be at home.

You could not be ignored. You diagnosed them to their faces, and they had to praise you for it. You could have become their head girl then, petted, paraded around, the symbol of what Africans could become while Zimbabwe became a memory for you, a slight spicy flavour, a colourful thread. The whole world was in front of you then, and you chose to stay. You did not want to be the only, the Black face in the white room, the exceptional. You were calling all of us along with you, and lifting up so many to come.

And you were already moving forward, making films, advocating for those dying from AIDS and left in its ruins, and always fighting for women. Where is her next book? everyone asked, trying to consume you. You did not write to our command. And you did not leave the place, Zimbabwe, where your life and work was, not even as you struggled to find the space and the resources to write.

Do you know, Auntie, how much that meant to us? I am not in Zimbabwe. I am here in Canada, where I can (I think) walk around with a sign and not be arrested, but where we still do not have room to write. In Black and Female, you write about being a Black woman under empire, in a world that does not love us, that does not hand us opportunities, that will praise us and take from us and still not ensure that we can live, let alone write. And you showed us that, regardless, we do not have to compromise ourselves or give ourselves away. And when the universities and the publishers and agents rejected me, there you were walking with a sign in front of me, like so many of our Black foremothers, saying, no – this is the right way. Keep walking. Don’t turn back. Live as you must, and write from there.

You were walking with a sign in front of me, like so many of our Black foremothers, saying, no – this is the right way. Keep walking. Don’t turn back. Live as you must, and write from there.

And how could you have written as you do if you had not also lived in defiance? You could not speak as a Black woman without fighting for other women, without standing up against repression, without demanding freedom. I understand that. You could not stop protesting to write; protesting was also your writing, as writing was also your life as a Black woman. All those prizes, you could have left and been safe. You could have run, but you chose to stay and walk. And they arrested you for it.

You have never compromised. You never chose writing over life, over freedom. You never let yourself be compressed. And Auntie, we already know they will not break you or any other women. We see the women in Iran, and we know that when men get their power from controlling women, they have no power at all. This is all they have, their police and their courts and their threats and they do arrest us, and they do torture us, and they do kill us and yet – and yet they cannot stop mouths and pens and raised fists. And they cannot stop love, and solidarity. They have all the instruments of power and yet they are so weak and scared.

Thank you for writing us, and for not leaving, and for not stopping. Thank you, Auntie, for your risks, which I know were not risks at all for you, but simply necessities for living.

All around the world, all through time, women are resisting. Auntie, it is you too in Wet’suwet’en when the RCMP come with snipers and chainsaws, facing down the pipelines to save the land and water for us all. It is you at the Shubenacadie River in Nova Scotia being arrested on your own territory. It is you on the streets of Ferguson and in Minneapolis. And it is you in the cell, and you at the border checkpoint, and in the detention centre, and in the shelter, and the psychiatric hospital, and in the court. It is you everywhere because we are you and you are us. And it is not romantic or glamourizing or unrealistic, it just is. It just is how we live and resist for the next woman with a sign, the next girl made a foreigner in her own classroom, the next woman told nobody will want to read what she has to say.

Auntie, thank you. Thank you for writing us, and for not leaving, and for not stopping. Thank you, Auntie, for your risks, which I know were not risks at all for you, but simply necessities for living. You never had to do more for us, but you did. And no arrest, no threat of prison sentence, no patriarchal power, none of that can hold you, or contain you, or shut you up. And Auntie, because you are, they have already lost.

With deep love and gratitude, 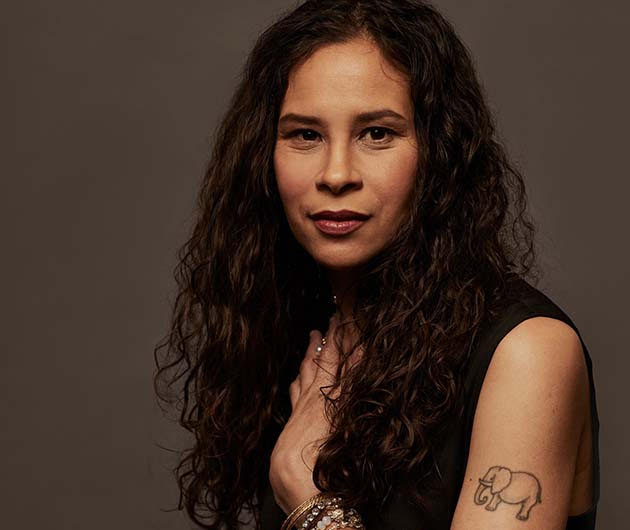 El Jones
El Jones is a poet, journalist, professor and activist living in Nova Scotia, Canada. In 2016, she was awarded the Burnley “Rocky” Jones Human Rights award by the Nova Scotia Human Rights Commission for her advocacy on prisoners’ rights. El is an assistant professor in the Department of Political and Canadian Studies at Mount Saint Vincent University, where she previously served as the Nancy’s Chair in Women’s Studies. Her book Abolitionist Intimacies was released in November by Fernwood Press.