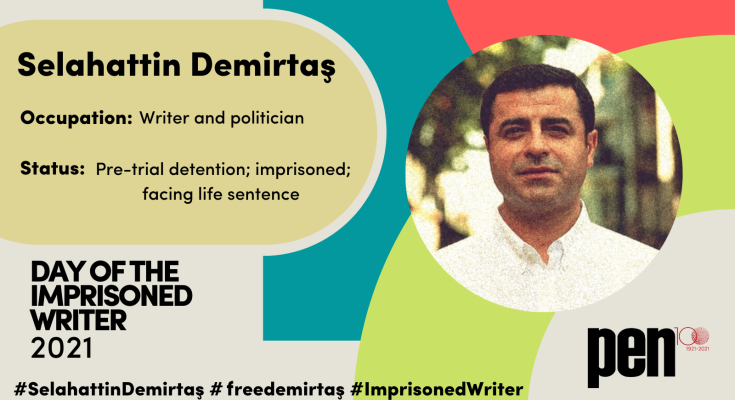 I’ve read about your case, your troubles, your persecution by the Turkish authorities. Their lack of good faith, the obvious corruption of their attitude is so grotesque that it’s nearly, but not quite, laughable. If I heard that you had difficulty sleeping in your cell in Edirne, such is the injustice of your fate, I wouldn’t be surprised. What would surprise me would be to hear that the judges who have jailed you sleep well. How can they claim to uphold the rule of law, justice, the ideals of a whole country and then do what they do, which is knowingly twist the facts, clearly, obviously distort your intentions, outright lie? How can they sleep? How can they go about their daily lives, talking to neighbours, dropping off their children at school, dining with friends, and so on? Wouldn’t the gangrene of their corruption poison their every waking hour, haunt their dreams, push them to cry, Enough! I can’t do this anymore!

Seemingly not. They’re keeping at it, piling on the ridiculous charges and ignoring the clear rulings of the European Court of Human Rights.

One day, you will be free again—soon, I hope.

In the meantime, I wish you the peace—and good sleep—of the righteous. You are cared for and worried about. Know that.

Your brother in justice,

Yann Martel is the author of the Man Booker Prize-winning Life of Pi and New York Times bestseller Beatrice and Virgil.