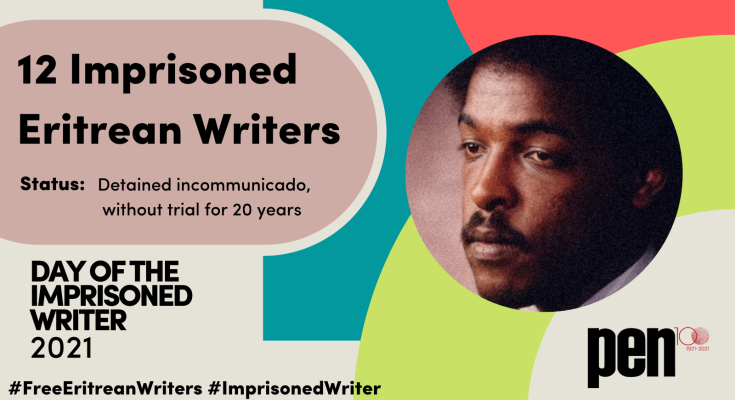 I write this letter with a deep sense of pain and anguish — not only because you are the longest imprisoned journalist in the world — that would be pain enough — but because of the cruel, inhumane, and tortuous conditions of your arbitrary detention.

You have not only been held incommunicado for 20 years — deprived of any visits from your family, any consular visits, any right to a lawyer, let alone the right to appear before an independent tribunal — deprived of any human contact — but you have, in effect, been a forcibly disappeared person. Indeed, your pain and plight is a standing reminder of injustice and a compelling call to action.

I write also with an abiding sense of hope — that the courage and commitment, resilience and resolve, that have sustained you these past 20 years will continue to strengthen you until justice is secured and you are released to the loving arms of your family.

On a more personal level I write to you as a parent — where we share a love and care for our children and our families — and where it is painful to fathom not only your forced disappearance but your forced separation from your children and loved ones — who miss you deeply — and who continue to fight for your freedom every day and are themselves unrelenting in their resolve and determination to secure your release.

I have followed and been engaged with your case and cause with great humility, respect, and admiration along with the abiding anguish and concern. As a singularly talented playwright, prolific author, and insightful journalist you have sought nothing more than to write freely and to seek democratic reform in a state that you loved deeply, but one ruled by a government that has suppressed all fundamental freedoms — including the very foundational right to life, liberty, and security of the person.

You were at the forefront of the struggle for foundational human rights and fundamental freedoms for all the people of Eritrea — an indivisible part of the struggle for democracy itself — one you have engaged in with incredible courage and commitment. Rather than being rewarded for your exemplary acts of citizenship which sought to better the welfare of the people of Eritrea, you were forcibly disappeared for nothing other than espousing these freedoms and exposing the injustice endured by the Eritrean people.

You are not only a hero to the Eritrean people, as I have learned during my years of engagement with them as a parliamentarian and human rights lawyer, but you are a lodestar — a beacon of light and hope to the international community. Your exemplary and unwavering commitment to freedom of expression — a cornerstone of democracy — has inspired us all. Indeed, you have emerged as an international symbol in the struggle for media freedom and the safety and security for journalists wherever they may be; and as an inspirational symbol of hope and courage for the Eritrean people and our common humanity.

Your case and cause have mobilized people the world over to advocate on your behalf, to call for your immediate and unconditional release, and to seek justice and accountability for the people of Eritrea. We will not relent in our struggle until justice is secured, you are free, and can return to the loving embrace of your family.

Irwin Cotler is the International Chair of the Raoul Wallenberg Centre for Human Rights, an Emeritus Professor of Law at McGill University, former Minister of Justice and Attorney General of Canada and longtime Member of Parliament, and an international human rights lawyer.