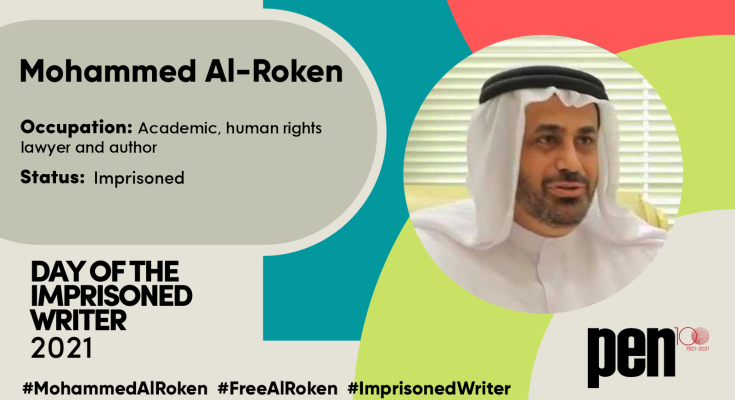 You dedicated your career to providing legal assistance to victims of human rights violations, both UAE nationals, and expatriate workers who were denied wages or basic rights. And yet, when you signed an online petition for political reform, you were arrested. You publicly (and peacefully) announced your intention to appeal a presidential decree that stripped the nationality of fellow activists.

Instead of honouring you for defending the rights of those who were wrongfully charged, for giving voice to the silenced, you were arrested, in clear violation of the UN Basic Principles on the Role of Lawyers. You were denied access to a lawyer, detained in solitary confinement, and later put through a sham trial which was an insult to the work you have done for your country. In the maximum-security Al-Razeen prison, you were subjected to prolonged solitary confinement without access to daylight, family visits and medical care. I read that music was used as a method of torture, played at ear-splitting volumes day and night, causing you to lose consciousness and develop health conditions.

All this, in stark contrast to the glittering image of UAE projected to the rest of the world. Incarcerating its people for peacefully and respectfully disagreeing with the authorities is a sign of weakness, of wielding undeserving power. In contrast to the Emirati authorities, you have shown tremendous courage and grace.

It has been nine years since you have been wrongfully imprisoned. Please know that organizations, including PEN, and individuals around the world, are calling on Emirati authorities for your immediate release and dropping of all charges against you.

I offer you my heartfelt support, and my sincere prayer that you be released and reunited with your family and loved ones.

Deepa Rajagopalan is the winner of the 2021 RBC/PEN Canada New Voices prize. She is an editor of Held magazine, and the co-host and curator of the Emerging Writers Reading Series in Toronto. She is working on her first book, a collection of short fiction.