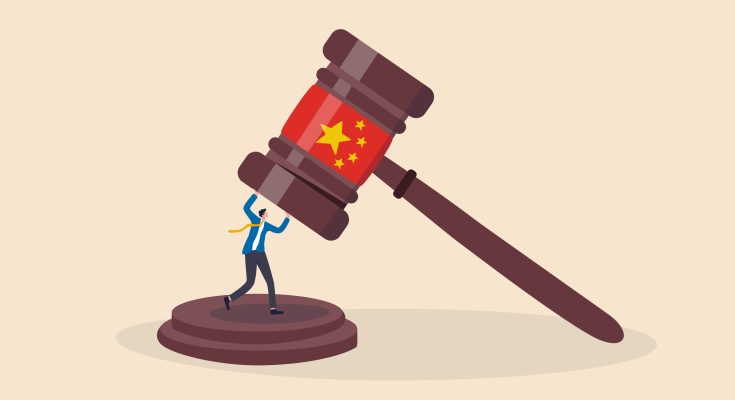 Six months ago Richard Stursberg, as outgoing president of PEN Canada, urged the Trudeau government to boycott the 20-22 winter Olympics in China. Read his full letter below.

Re: Canada must Boycott the 2022 Winter Olympic Games

The Chinese government has a terrible record on human rights that dates back many years. A simple listing of a few of its innumerable acts of repression makes clear that not only has it always trampled on basic freedoms, but that it has become increasingly cruel and repressive in doing so.

Its multi-decade attempt to eliminate the Tibetan language and culture is well known. The attack on the Uighurs in Xinjiang has been characterised — rightly — as a genocide. The last few months have seen the complete erosion of rights of assembly, expression and democracy in Hong Kong.

Its Orwellian attempt to rewrite history — The Great Leap Forward, The Cultural Revolution and Tiananmen Square, with their attendant murder of millions — is all-consuming. The Chinese Ministry of Truth’s Recdep has erased them from history.

For the Chinese themselves, the alteration of their history has been accompanied by grotesque limits on what they can see or hear. The Great Firewall blocks citizens’ access to the Internet, drastically limiting what they can read or say. Censorship is pervasive and is accompanied by increasingly rigorous surveillance by the thought police.

The Chinese government’s brutal treatment of its own people has now been extended beyond its borders. In Canada, it targets Chinese-Canadians and Chinese students at Canadian universities. It attempts to intimidate them with threats if they do not follow the Communist party line. In March 2006 it pressured Uzbekistan to arrest Huseyin Celil, a Canadian citizen and a Uighur human rights activist, then deport him to China. There he was sentenced to life in prison after a forced confession was extracted from him. He has been languishing in prison ever since — without Canadian consular visits. Over two years ago, it kidnapped Michael Spavor and Michael Kovrig, holding them as hostages and trying them in secret, to bully the Canadian government.

Its pursuit of hostage-taking to get its way has been expanded to include economic blackmail. Countries that will not turn blind eyes to their attacks on human rights and dignity are threatened with trade reprisals as part of its Wolf Warrior diplomacy.

Nobody is safe. The great advocate of freedom, Liu Xiaobo (an honorary member of PEN Canada) was jailed for arguing that the Communist party should respect the country’s constitutional promises of democracy and human rights. Even when he was awarded the Nobel Prize for Peace, the government refused to release him. He died from the medical neglect he suffered while in prison.

The government of China has been awarded the Winter Olympic games for 2022. It hopes to use them to burnish its image internationally. Countries attending the games will inevitably be seen as acquiescing to its deplorable conduct and providing it a patina of respectability. They will — even with the best intentions — be used by the Chinese government as “useful idiots”.

The government of Canada has said that it will let the Canadian Olympic Committee decide whether to participate. This is unfortunate. Decisions on fundamental issues of human rights should not be delegated.

PEN Canada calls on the government of Canada to reconsider its decision to delegate its moral authority and reaffirm its commitment to human rights by refusing to participate in the 2022 Winter Olympics. Not to do so would make Canada complicit in the Chinese government’s appalling attacks on human dignity and freedom.

A downloadable copy of this letter is available here.