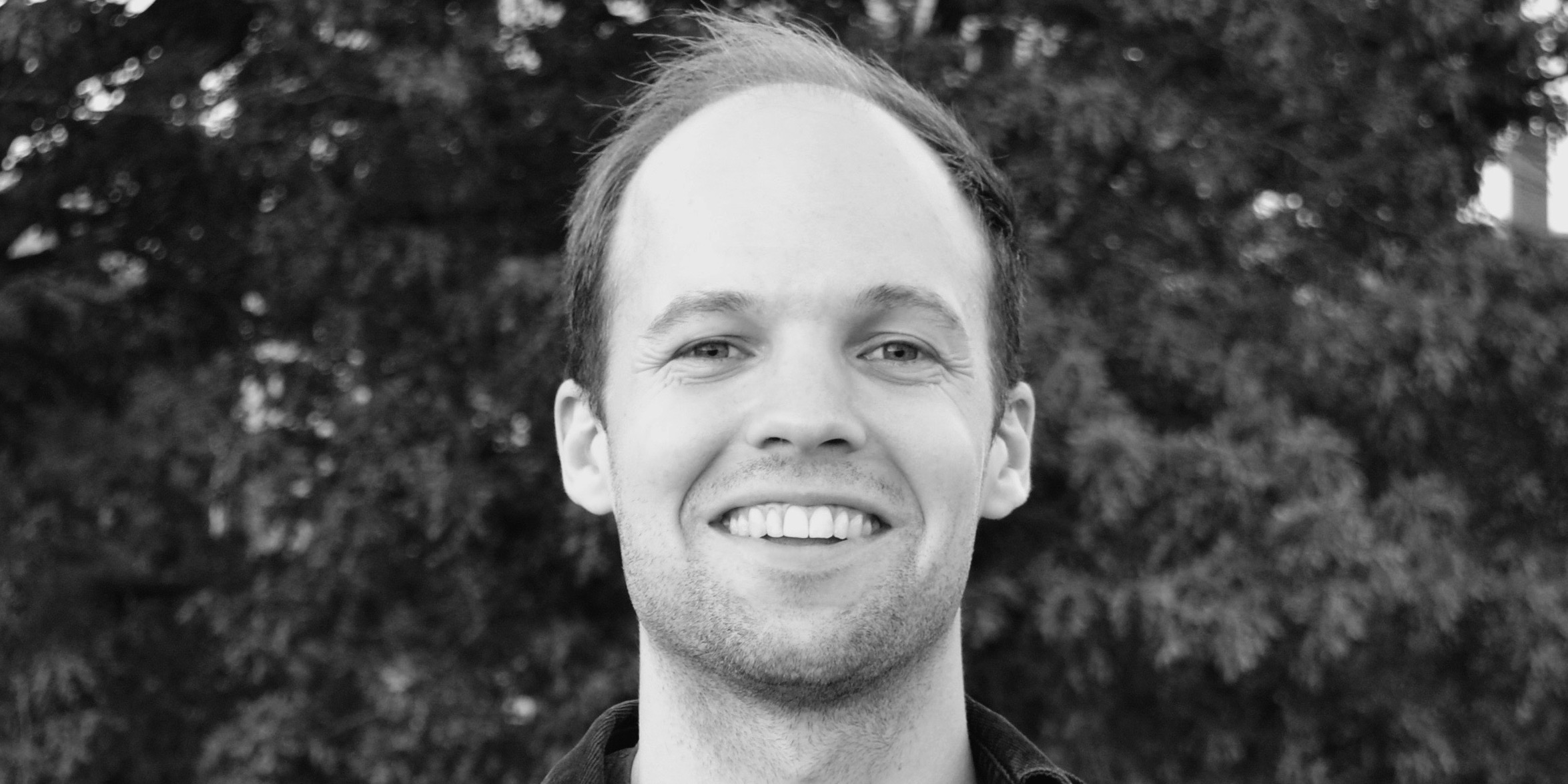 Poet Mikko Harvey is the 2017 winner of the RBC/PEN Canada New Voices Award for unpublished writers aged 17-30. The award, generously funded by the RBC Emerging Artists Project, includes a $2,000 cash prize and mentorship from a prominent Canadian writer.

We asked Mikko a few questions about poetry today and his writing.

PEN Canada: In a widely discussed jeremiad on American poetry, Mark Edmundson complained that “At a time when collective issues — communal issues, political issues — are pressing, our poets have become ever more private, idiosyncratic, and withdrawn.” Is this fair? Has American poetry become too “oblique, equivocal, painfully self-questioning”; has it succumbed to an “imposing opacity”?

Mikko Harvey: I admire Edmundson’s passion but don’t totally relate to his position. For one thing, he overlooks a bunch of poets who are highly invested in collective, communal, political issues. Tongo Eisen-Martin, CA Conrad, Morgan Parker, Ilya Kaminsky (whose manuscript Deaf Republic is going to make waves when it’s finally published) come to mind, to name only a few excellent names. Edmundson also strikes me as somewhat dismissive of any poem that doesn’t fit into his particular and hierarchical notion of “superb lyric poetry,” for which he even offers a three-pronged formula for success. I distrust this approach to art. I begin to slowly back away from anybody who uses the word “formula” too often. Terrance Hayes says he thinks of poems not as machines but as animals. That feels truer to me, and in that context Edmundson’s desire starts to feel a little creepy. If he wants a roaring lion of a poem, cool, great. But that doesn’t mean you have to kill the squirrels. I actually prefer the squirrels (I actually am a squirrel).

Also, the amount of poetry appearing in America is staggering, which makes the kind of generalizations Edmundson makes hazardous. Poetry has a lot of problems and it’s easy to point them out, but problems lead to answers. Yes, poets have a tendency to get lost in “self-questioning” or self-absorption. This is a common stereotype about poets. But the existence of such a stereotype compels the reaction against it. Artists throughout history have created energy in this judo fashion. For example, when poets get too opaque and drift away from reality, someone like Patricia Lockwood comes along and wins the hearts of a million readers by being smart and funny. The poets then realize that what they thought was The Void was actually just their own reflection in a puddle, and recalibrate.

PEN Canada: Edmundson cites a passage from Humbolt’s Gift in which Charlie Citrine says poets  “exist to light up the enormity of the awful tangle” of America’s overpowering reality. Does this ring true for you? If so, which part of the tangle would you like to illuminate?

Mikko Harvey: Pretty grim but yes I’ll buy this to a degree, especially since America keeps discovering new ways to tangle more awfully. I recommend Rachel Zucker’s podcast, Commonplace, for discussions around this topic. In one episode Zucker interviews the poet Roger Reeves, and Reeves talks about how important it is for poetry to tell the stories of people who are under attack. But he also emphasizes the value of doing a close-up on the faces of the attackers—not to glamorize them, but to seek to understand and expose the forces behind the attack. Different artists have different angles of access to the tangle. Based on what I’ve written lately, I would say I’m interested in looking at psychological drivers such as anxiety, ambition, and apathy. These are abstract terms but they leak into tangible actions and inactions, and currently in America they are being stretched to an extreme, or so it seems to me. A poem like “Box” takes an interest in this.

PEN Canada: In 2012, the US National Endowment for the Arts found that despite an increase in literary reading, poetry had suffered the “steepest decline in participation in any literary genre” during the previous decade. A year later, a leading UK poetry publisher announced that single-author collections had become financially unsustainable. What does it feel like to write poetry in such difficult circumstances?

Mikko Harvey: Sales numbers for poetry books tend to be relatively tiny, yes. But it’s not all bad news. I briefly worked at Small Press Distribution, which has a warehouse in Berkeley, California, containing thousands and thousands of poetry books. It’s one of my favorite places in the world. And, happily, SPD has broken its own sales record every year for the past ten years. The phrase “difficult circumstances” is fitting in a sense, but it doesn’t totally square with my experience. My job was to pick books from the stacks, box them up, and mail them off to people who’d ordered them. Going through this process with my own eyes and hands was somehow heartening. The model of poetry publishing could use some revision, but poems are still reaching people, in fact increasingly so. I suspect social media has contributed to the increase. Social media is not a perfect utopia for poetry—the fact that statistics and creepy words like “followers” are involved is unfortunate—but there’s no doubt it helps poetry travel.

I haven’t answered the question: what does it feel like to write poetry in these circumstances? To me, it feels like a secret personal playground. The fact that so little money and attention is involved only allows me to burrow deeper into the equipment. I remember when I first started writing poems I was embarrassed, so I didn’t tell anybody I was doing it. I would wait until my roommate fell asleep, then write. The room was dark and silent and I didn’t know what the NEA was. The pleasure of that innocence is gone now but new pleasures are always rushing in. One such pleasure is the ongoing discovery of poets whose writing I love. That is how you make friends on the secret playground. It probably sounds like I’m being coy with this metaphor, but these friendships really matter to me. Some of the people in the world I feel most connected to are poets I have never met before. In light of this intimacy, I end up not thinking much about whatever the studies might indicate.

PEN Canada: You’ve recently been signed by Anansi and will soon be publishing your first collection of poems. What does that mean for a young poet?

Mikko Harvey: It means I’m lucky. Anansi makes beautiful books, and I couldn’t have landed in the hands of a better editor than Kevin Connolly. I hope my poems are able to go forth and make a few friends. Having the book accepted has taken some pressure off, in a way. I put so much energy into making this book happen, and now it’s happening, and I’ve retrospectively realized that there was never any rush to make it happen. I want to take my time writing whatever comes next. I’m usually the type to write as frequently as possible and feel guilty whenever I’m not writing (I suspect many young poets feel this way). But now I’d like to spend some time just reading and thinking and living, not stressing the writing as much. I’d like to get some distance between the old poems and the new poems. I love when poets change up their approach from book to book. It shows a curiosity about the art, I think, to be willing to start from scratch like that. The encouragement I’ve received from Anansi (not to mention PEN Canada!) has helped give me the confidence to make that my goal: to start again from scratch.

PEN Canada: Several of your poems read like fragments of a surreal screenplay. Has cinema influenced you?

Mikko Harvey: The biggest influence that cinema has had on me is probably envy. I’m envious of what filmmakers are able to accomplish. After seeing a great film I briefly mourn the fact that I’m not a filmmaker, then I ask myself how I might stretch my own writing in order to achieve similar effects. Of course poetry can never do quite what film does, but the pursuit of such impossibilities can still be fruitful.

Recently I’ve loved Terence Nance’s An Oversimplification of Her Beauty, Juzo Itami’s Tampopo, Alison Maclean’s adaptation of Jesus’ Son, and Agnès Varda’s L’Opera Mouffe, which to me basically feels like chapbook of poems in the form of a film. I’ve been enjoying new episodes of Twin Peaks. Perhaps unsurprisingly, I love the way Lynch braids surrealism and storytelling. I enjoy pretty much anything that comes out of Studio Ghibli for similar reasons. I love how reality feels just after an unreal filmic experience has ended. There is a quality to the air that is charged, brittle yet full—you feel as if you’ve landed on a new planet. I hope to create a version of that feeling with my poems. I don’t know if I’ve ever succeeded.

PEN Canada: Which poets would make it onto your desert island reading list? Why?

Mikko Harvey: I’m going to read this question in the bleakest possible terms, i.e. I’m stranded alone on a desert island with no prospect of escape. I would have to bring some Derek Walcott because he’s so wise about waves and island landscapes. Mary Ruefle because her poems teach you how to converse with animals and plants, and this could be useful in such a setting. Maybe Eileen Myles to help me remember how the world felt back when I was in it. And Emily Dickinson—I would spend one full day with each of her poems and then quietly die in the sand.

Mikko Harvey is the author of Unstable Neighbourhood Rabbit (House of Anansi, 2018). He lives in New York City, where he is the Joseph F. McCrindle Foundation Online Editorial Fellow at Poets & Writers Magazine. He also serves as an associate poetry editor for Fairy Tale Review.