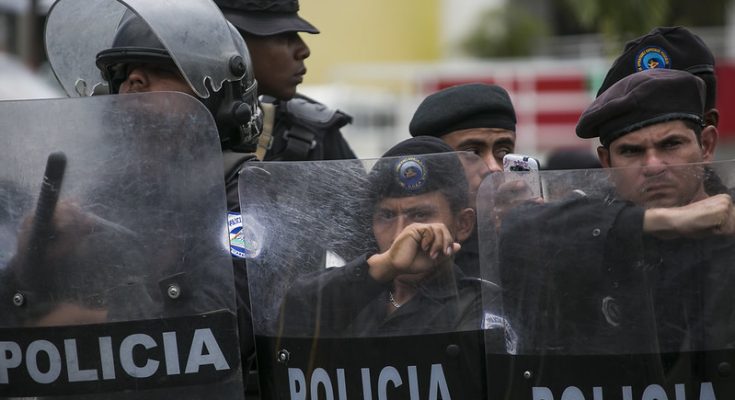 Will they come for me? What will it be like to be jailed by the same people I fought alongside to topple the 45-year Somoza dictatorship in Nicaragua, my country?

I joined the clandestine urban resistance of the Sandinista National Liberation Front, known as the FSLN, in 1970. I was 20. The long and bloody struggle to get rid of Anastasio Somoza Debayle is now a bittersweet memory of pride. I was once part of a brave young generation willing to die for freedom. Of the 10 “compañeros” who were in my clandestine cell, only two of us survived. On July 20, 1979, three days after Mr. Somoza was forced out by a popular insurrection, I walked into his office bunker on a hill overlooking Managua, filled with the empowering feeling that the impossible had been made possible.

None of those illusions survive today. It is clear to me, looking back, that Nicaragua paid too high a cost for that revolution. Its young leadership became too enamored of itself; it thought we could defy the odds and create a socialist utopia.

Thousands died to topple that dictator, and many more lost their lives in the Contra war that followed. Now, the man once chosen to represent our hope for change, Daniel Ortega, has become another tyrant. Along with his eccentric wife, Rosario Murillo, they rule Nicaragua with an iron fist.

As the November elections approach, the couple seem possessed by the fear of losing power. They lash out and imprison whoever they think might stand in their way. In the past month, they have jailed five presidential candidates and arrested many others, including iconic revolutionary figures who were once their allies. Last month they even came for my brother. To avoid capture, he left Nicaragua. He wasn’t paranoid: Just a few days later, on June 17, over two dozen armed police officers raided his house looking for him. His wife was alone. They searched every corner and left after five hours. The next night several masked men armed with knives and a rifle robbed his house. One of them was heard to say it was a “second operation.” Another threatened to kill his wife and rape my niece, who had arrived to spend the night with her mother. Mr. Ortega and Ms. Murillo appear to be using the crudest form of terror to intimidate their political opponents.

I never admired Mr. Ortega personally. To me, he always seemed like a duplicitous, mediocre man, but his street smarts allowed him to outwit many of his companions. He was the head of the first Sandinista government in 1979 and president from 1984 to 1990. Losing the election to Violeta Chamorro in 1990 scarred Mr. Ortega’s psyche. Returning to power became his sole ambition. After the electoral defeat, many of us wanted to modernize the Sandinista movement. Mr. Ortega would have none of it. He viewed our attempts to democratize the party as a threat to his control. He accused those who disagreed with him of selling our souls to the United States, and he surrounded himself with sycophants. His wife sided with him even after her daughter accused Mr. Ortega, her stepfather, of sexually abusing her from the age of 11, a scandal that might have ended another politician’s career.

In fact, Ms. Murillo, who has been characterized as a tropical Lady Macbeth, cleverly reshaped his image after he ran in two more elections and lost. Her New Age ideas appeared in symbols of peace and love and banners painted with psychedelic colors. Rather conveniently, Mr. Ortega and his wife metamorphosed into devout Catholics after decades of revolutionary atheism. To further win over the Catholic Church, Mr. Ortega’s nemesis in the ’80s, he agreed to back a complete ban on abortion. He had also signed a pact in 1999 with President Arnoldo Alemán, who would later be found guilty of corruption, to stack government posts with equal shares of loyalists. In exchange, Alemán’s Liberal Party agreed to lower the percentage of votes needed to win the presidency.

It worked. In 2006, Mr. Ortega won with only 38 percent of the vote. No sooner did he take office than he set about dismantling already weak state institutions. He obtained the support of the private sector by giving it a say in economic decisions in exchange for acquiescence to his politics. He trampled on the Constitution, which expressly forbade re-election, to allow for indefinite re-elections. Then, in his run for his third term in 2016, he chose his wife to be vice president.

Mr. Ortega and Ms. Murillo seemed securely in power until April 2018, when a small demonstration against a reform that would have lowered social security pensions was violently repressed by Sandinista thugs. The entire country was swept by peaceful protests. Mr. Ortega and Ms. Murillo reacted with fury and crushed the revolt with firepower: 328 people were killed, 2,000 were wounded, and 100,000 went into exile, according to the Inter-American Commission on Human Rights. Armed paramilitaries roamed the streets in a killing spree, and hospitals were ordered to deny assistance to wounded protesters. Doctors who disobeyed were fired. The regime imposed a de facto state of emergency and suspended constitutional rights. Public demonstrations of any sort were banned. Our cities were militarized. Mr. Ortega and Ms. Murillo justified their actions by fabricating a big lie: The uprising was a coup planned and financed by the United States.

Nicaragua’s next elections are scheduled for Nov. 7. In late spring, the two major opposition groups agreed to choose one candidate under the umbrella of the Citizens Alliance. Cristiana Chamorro, a daughter of former President Chamorro, had strong showings in the polls. Soon after she announced her intent to run for president, she was placed under house arrest. The government appears to have fabricated a case of money laundering in its deluded notion that this would legitimize her detention. More arrests followed: four more presidential candidates, journalists, a banker, a private sector representative, two accountants who worked for Cristiana Chamorro’s foundation and even her brother, all of them accused under new and conveniently ambiguous laws that essentially make any opposition to the ruling couple a treasonous crime. Mr. Ortega insisted that all the detainees are part of a vast U.S.-sponsored conspiracy to overthrow him.

Nicaraguans now find ourselves with no recourse, no law, no police to protect us. Habeas corpus has been replaced by a law that allows the state to imprison people who are under investigation for up to 90 days. Most of the prisoners have not been allowed to see their lawyers or members of their families. We are not even sure where they are being held. Every night, too many Nicaraguans go to bed afraid that their doors will be the next that the police will break down.

I am a poet, a writer. I am an outspoken critic of Mr. Ortega. I tweet, I give interviews. Under Mr. Somoza, I was tried for treason. I had to go into exile. Will I now face jail or exile again?

Who will they come for next?

Gioconda Belli is a Nicaraguan poet and novelist. She is the former president of the Nicaraguan PEN centre