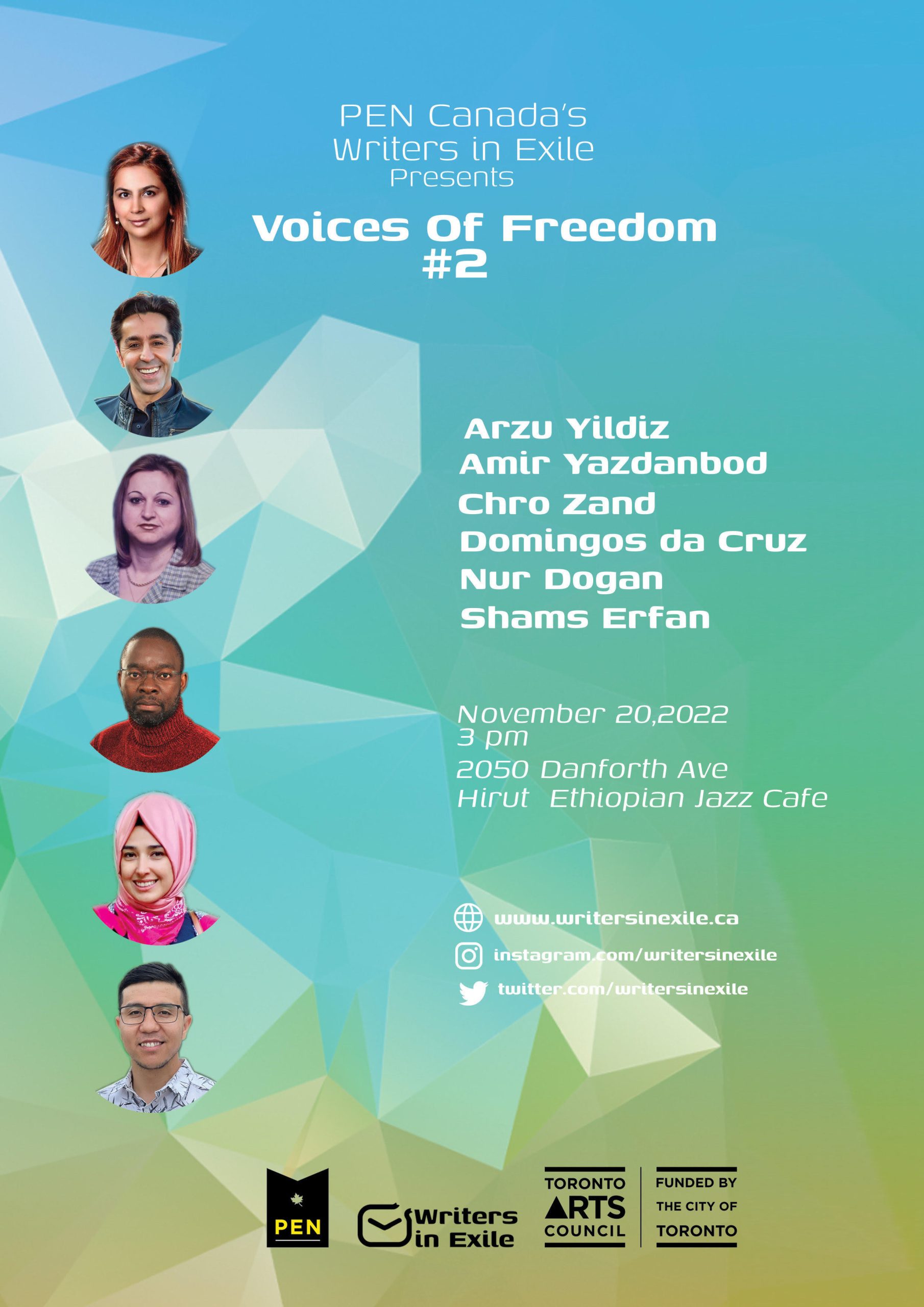 Join PEN Canada’s Writers in Exile group for an afternoon of prose and poetry, camaraderie and discovery. This second event in their Voices of Freedom reading series will feature writers from Afghanistan, Angola, Iran, Iraq and Turkey. These journalists, novelists, poets and human rights activists are survivors of repressive regimes who have fled to Canada. While their jobs in Canada have forced them into different work, they continue to write to maintain the freedom of expression that has cost them so dearly.

Their short stories and poems are filled with haunting memories, longing for their homelands, the promise of a better life in Canada, compromises and reconciliation, and the hope and love that keep them going.

This event is dedicated to the memory of Aaron Berhane, the former Chair of PEN’s Writers in Exile group, who passed away last year from COVID-19 at the age of 52. He was the publisher of the first independent newspaper in Eritrea and was forced to flee after the government cracked down on the media, arresting several journalists and editors who were never seen again. His memoir, The Burden of Exile, has just been released.

We hope to see you there.