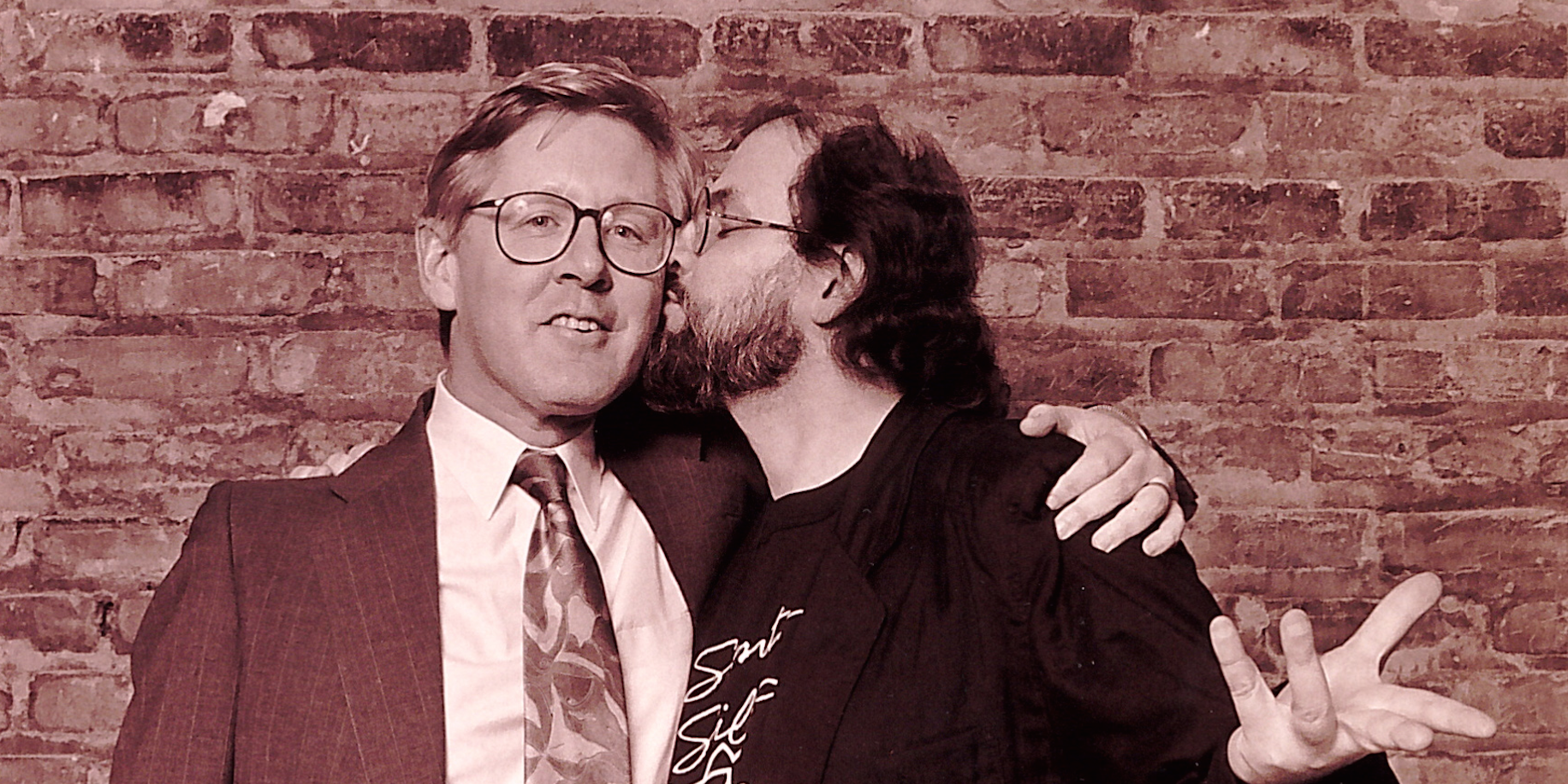 The guest of honour had a price on his head.

When PEN Canada held a writers’ benefit gala in Toronto on Dec. 7, 1992, author Salman Rushdie had been the target of an international fatwa, issued by Iranian leader Ayatollah Ruhollah Khomeini, for close to four years.

He’d been in hiding for much of that time, and only a handful of the 1,200 people gathered at the Winter Garden Theatre on Yonge St. knew that the British writer would be making an appearance.

One of those in the know was Bob Rae, then Ontario premier, who had helped make arrangements to spirit Rushdie into the city.

That night, Rae would become the first political leader in the world to publicly greet the author of The Satanic Verses since that novel prompted the ayatollah’s call for his death in 1989 over its depictions of Islam. The fatwa was followed by several fatal attacks against people associated with the book.

A photograph taken later at a backstage gathering — after Rae had introduced him to the crowd — captured Rushdie thanking the premier with an unscripted kiss.

It was a very emotional event, a lot of people cheering and clapping and people standing up and quite surprised that it happened …

As PEN prepared to hold its 81st international congress, in Quebec City earlier this fall, Rae recalled the moment.

“There were a lot of preparations for Salman Rushdie’s visit because PEN very much wanted to honour him,” he said. “I knew the organizers quite well and then they called me at home a few weeks before the whole thing began and asked if I would agree to meet with him. We had to try to help them make some arrangements to get him into the country, and I was happy to facilitate that as best I could.

“We had two meetings; well, we had three, actually. One of them was a private meeting with him before the event where we had a long chat about his ordeal, what he was going through.

“It was a good discussion and he’s a very compelling guy, very funny. He has a terrific sense of humour and very direct in his conversation. He was annoyed that no other head of government was prepared to meet with him. And I said I had no problem meeting with him.

“Then I introduced him and we embraced onstage … It was a very emotional event, a lot of people cheering and clapping and people standing up and quite surprised that it happened …

“And then we went backstage … we had yet another discussion, which was a bit of a celebration of what we’d all been able to do.”

The kiss, he said, was not prearranged.

Now, Rae says, “We keep in touch. I see him when he comes into town and we chat from time to time.”