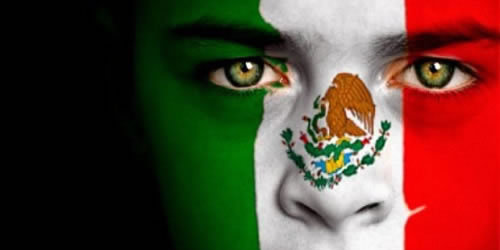 Three years after Mexico accepted United Nations (UN) recommendations for combating violence against journalists and eradicating impunity for human rights violations, “the rate at which journalists are being attacked and killed in the country continues to spiral,” PEN International warned on March 7, 2013 during a submission to the UN’s Universal Periodic Review (UPR) process. PEN called government initiatives to stem the violence since the 2009 review “largely cosmetic.” A PEN delegation will visit Mexico in mid-March to press for further action on dozens of unsolved killings and disappearances of journalists and writers.

In a keynote speech at the Inter American Press Association in Puebla, Mexico on March 8, PEN International president John Ralston Saul raised concerns about freedom of expression and re-emphasized the need for protective measures for journalists, writers and advocates of freedom of speech in the country.

While the Mexican government has introduced a number of institutional and legal measures to offer protection to journalists, the mechanisms have proved largely ineffective and superficial. The rate at which journalists are being killed in Mexico continues to accelerate, while those who commit crimes against journalists go unpunished. Since December 2006 at least 46 print and internet journalists and writers have been killed in the country. There is little or no investigation into these cases and less than 10 per cent of end with convictions.

This climate of impunity is mostly due to local corruption and inertia that is prevalent in many Mexican states. Police and employees of local administrations are frequently implicated in attacks on journalists, and threats to journalists’ right to free expression often come directly from the state authorities themselves.

In January 2012, the President of PEN International, John Ralston Saul, led a delegation of writers to Mexico, to raise concerns about the continued violence suffered by Mexican writers and journalists in meetings with key government figures. On January 27, 2012, PEN published a letter in the Mexican paper El Universal and Canadian Le Devoir standing in solidarity with the writers and journalists of Mexico. The letter was signed by 170 of the world’s leading authors, including seven Nobel Laureates.

As part of its continued efforts in Mexico, PEN launched Write Against Impunity in August 2012. The campaign brought together PEN Centres across Latin America in a wide-reaching literary protest with over 40 writers contributing poetry and prose commemorating murdered colleagues and protesting against impunity. In October, PEN International was at Hay Festival Xalapa highlighting the escalating violence against writers in the region.

PEN’s UPR report and recommendations on Mexico can be read below or downloaded here.

In addition, Write Against Impunity campaign information can be found here.

Information on PEN’s participation in UN Plan of Action on the Safety if Journalists and the Issue of Impunity can be viewed here.

Highlights from the UPR submission

Further reading
PEN International’s list of journalists who have been killed in Mexico since 2010 can be found here.

Corruption, Impunity, Silence – The War on Mexico’s Journalists — the University of Toronto’s International Human Rights Program/PEN Canada report on impunity for violence against Mexico’s journalists can be read below or downloaded here.