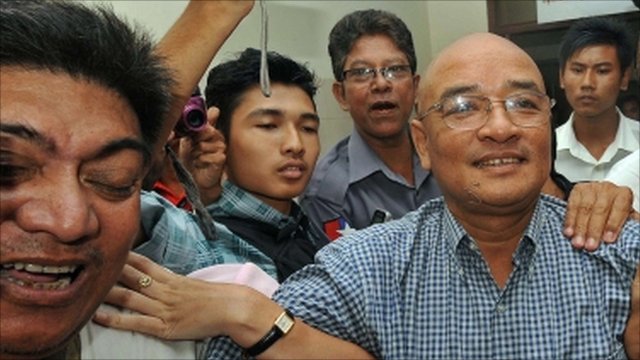 The amnesty – which is scheduled to free more than 6,000 prisoners – follows a series of high-level meetings between Myanmar’s newly elected civilian government and Nobel Laureate and pro-democracy leader Aung San Suu Kyi.

Speaking to the BBC shortly after his release, Zarganar described his release as conditional: “If I do something wrong they will send me back. I’m not happy today because there are so many of my friends still in prison,” he said.

Watch the Reporters without Borders interview with Zarganar.

By burning their head scarves, Iranian women are restoring their voices

The world must stand with Salman Rushdie and writers like him

After the attack on Salman Rushdie, we must continue to speak out