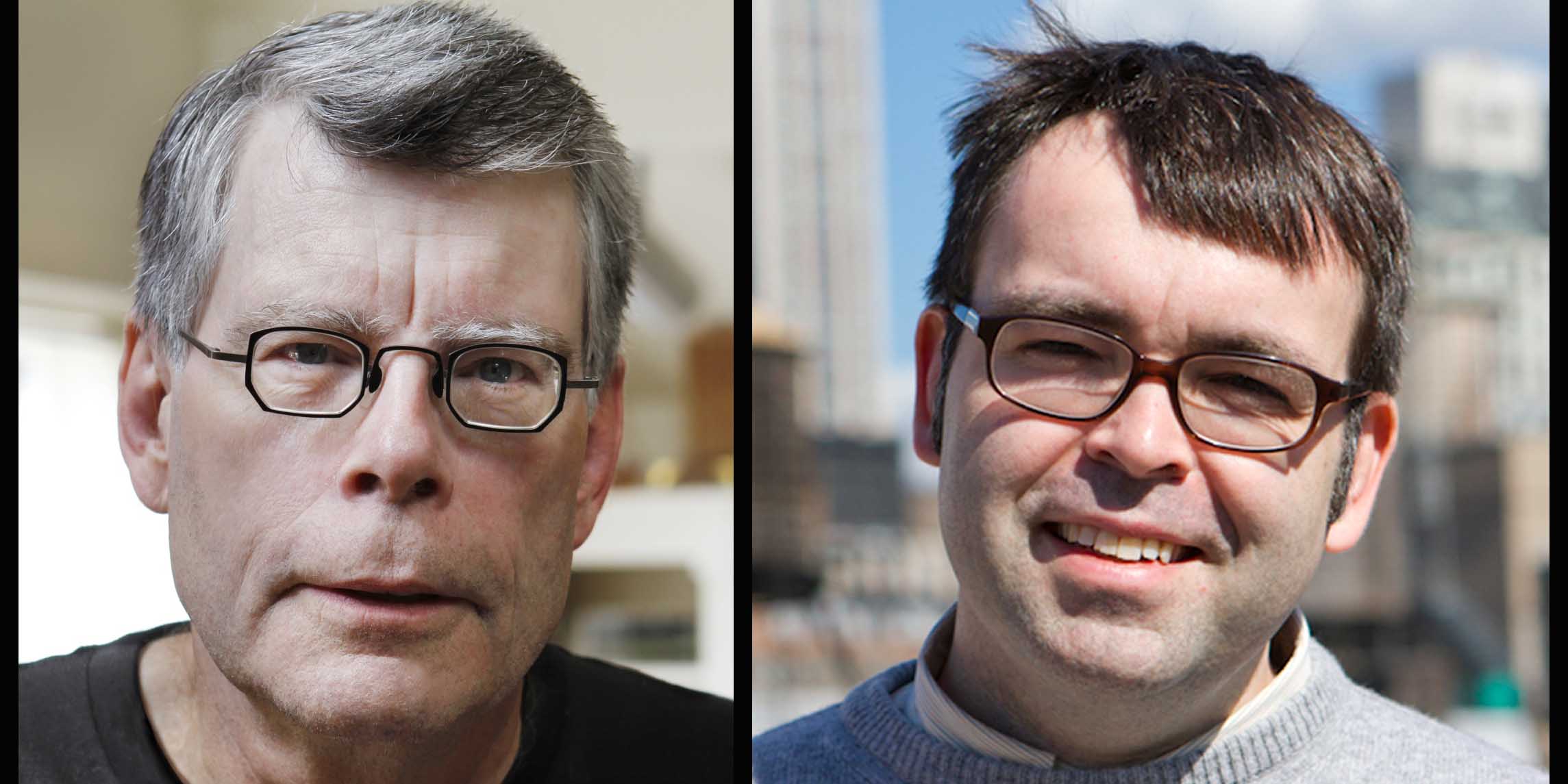 Toronto – Thirty-nine years, 50 books, and 350 million copies into his literary career, Stephen King will discuss the writing life with his son, first-time novelist Owen King, on the opening night of the 34th annual International Festival of Authors, which takes place October 24 to November 3, 2013.

In his only scheduled Canadian appearance, Stephen King and his son Owen King will headline PEN Canada’s annual benefit on Thursday, October 24, 2013 at 8:00 p.m. in the Fleck Dance Theatre at Harbourfront Centre, Toronto. New York Times-bestselling novelist Andrew Pyper will moderate the discussion.

Tickets for the event are $100 with all proceeds going to PEN Canada. A new block of tickets will be released on Tuesday, October 1, at 1:00 p.m. and can be bought from the Harbourfront Centre Box Office (416–973–4000) or by visiting www.ifoa.org

Owen King is a graduate of Vassar College and the MFA program at the Columbia University School of the Arts. He is the author of Double Feature and We’re All in This Together: A Novella and Stories. His writing has appeared in Fairy Tale Review, Guernica, One Story, and Prairie Schooner, among other publications. Owen has also taught creative writing at Columbia University and Fordham University and is a working screenwriter with a script in development by the producer of Winter’s Bone. He is married to the novelist Kelly Braffet.

Stephen King was born in Portland, Maine in 1947, the second son of Donald and Nellie Ruth Pillsbury King. He made his first professional short story sale in 1967 to Startling Mystery Stories. In the fall of 1973, he began teaching high school English classes at Hampden Academy, the public high school in Hampden, Maine. Writing in the evenings and on weekends, he continued to produce short stories and to work on novels. In the spring of 1973, Doubleday & Co. accepted the novel Carrie for publication, providing him the means to leave teaching and write full time. He has since published over 50 books and has become one of the world’s most successful writers.

Stephen lives in Maine and Florida with his wife, novelist Tabitha King. They are regular contributors to a number of charities, including many libraries, and have been honored locally for their philanthropic activities.

Andrew Pyper is the author of six internationally bestselling novels. His most recent book, The Demonologist, was a #1 Canadian hardcover bestseller and has been acquired by ImageMovers (Robert Zemeckis’ production company) and Universal Pictures for adaptation to feature film. The Demonologist has been published by Simon & Schuster in the US and Canada, and will appear internationally in translation in over 16 foreign languages.  Among his earlier novels, Lost Girls won the Arthur Ellis Award, was a New York Times Notable Book of the Year and appeared on both the New York Times and Times (UK) bestseller lists, The Killing Circle was a New York Times Crime Novel of the Year, and The Wildfire Season and The Guardians were both Globe and Mail Best Books. This summer, Andrew was presented the Grant Allen Award for contributions to Canadian mystery and thriller writing. He lives in Toronto.

PEN Canada is a nonpartisan organization of writers that works with others to defend freedom of expression as a basic human right, at home and abroad. PEN Canada promotes literature, fights censorship, helps free persecuted writers from prison, and assists writers living in exile in Canada. www.pencanada.ca

IFOA  Each October, the International Festival of Authors presents a wide range of readings, round table discussions, on-stage interviews, book signings, and a number of special events featuring the most exciting authors in contemporary literature. This year’s 34th IFOA takes place from October 24 to November 3, 2013. www.ifoa.org