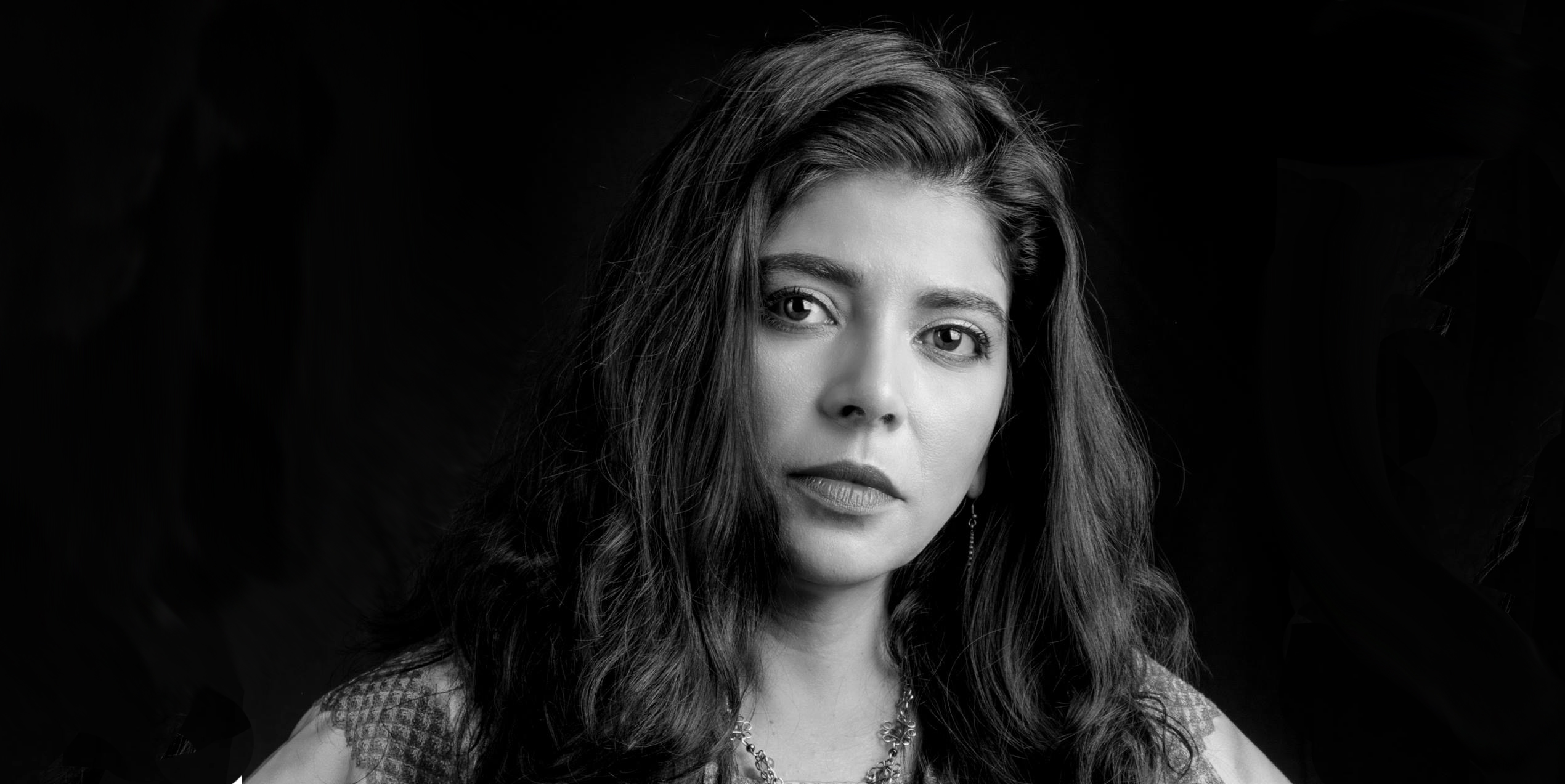 More than 100 journalists have been killed in Mexico since 2000. This is the second of four accounts of reporters who continue to work in a climate of fear and impunity. The first, a profile of the journalist Karla Silva, can be found here.

Working in a climate of impunity

One message said they would throw her corpse onto a garbage dump – so dogs could eat it. Another explained, in detail, how they’d rape her if she kept on reporting. She also received thirty-nine threats via social media, discrediting her work and telling her get ready for an attack.

Verónica Villalvazo, known as Frida Guerrera, is the only journalist who specializes in investigating, exposing and raising awareness of femicide in Mexico, a country where 5,118 women have been murdered in the last two years – an average of seven homicides per day, according to a report by the UN’s Gender Equality Observatory for the Economic Commission for Latin America and the Caribbean. Under the government of President Enrique Peña Nieto, the number of femicides has increased by 25%, compared to the previous administration.

Verónica covers these cases on a daily basis, but she also keeps track of them. Sometimes she attends the women’s funerals – events at which the desperate need for justice is almost palpable. (It is estimated that 90% of femicides remain unpunished.) “Talking to the family of a victim is like interviewing pain itself. You can speak only to the pain and this is very difficult. But I don’t think I can stop doing these interviews; they are urgently needed. The number of victims is more and more alarming; not a day goes by without a new case. Last October, there were 13 murders in a single day.”

The fact that you don’t want to recognize the problem does not mean it will not affect you. In this country, a woman, no matter her age or economic bracket, can be murdered at any time.

“I’m not an expert on the subject but day after day I keep at it, making sure that the public knows about these cases. I speak respectfully to the victims’ families so that I can publicize the government’s failure to act, its irresponsibility, its willingness to tolerate a legal vacuum around the issue. Someone has to do it. It’s vital work and I’ll never stop doing it.”

Over the last 10 years, Villalvazo has used digital platforms and independent alternative media to draw attention to human rights violations in Mexico, her research on femicide has led her to report on a sudden increase in the murders of girls and she also covers the stories of orphans who have lost their young mothers to domestic violence from a partner, family member, or acquaintance.

With a background in psychology, Verónica used to work with special needs children before she became a journalist. She started in 2006, a year of socio-political upheaval in Oaxaca, one of Mexico’s poorest states. She covered murders, disappearances, attacks, and cases of torture and repression, many of them involving individuals who were known critics of the governor, Ulises Ruiz. She gave a voice to the victims of the violence, those whom the mainstream media ignored.

Talking to the family of a victim feels like interviewing pain itself. But I don’t think I can stop .. the interviews are urgently needed

In April 2008, she reported on the murder of Felícitas Martínez and Teresa Bautista radio journalists at La Voz que Rompe el Silencio (The Voice that Breaks the Silence), a community radio station in San Juan Copala. Between 2008 and 2010, she covered the conflict among the Trique indigenous people of western Oaxaca extensively. The conflict was characterized by murder, armed confrontations, disappearances and displacements. Women were treated like the “spoils of war” – mere objects of sexual violence. Villalvazo was awarded the Carlos Montemayor Prize in recognition of her work.

To date, Verónica has received at least 10 credible threats because of her reporting. The worst came while she reported from the State of Mexico, an epicentre for femicide which registered 263 femicides in 2016, according to the State Prosecutor’s office. One threat, which seemed to come out of nowhere, came while she investigated the murder of two children in Ecatepec, the country’s most populous municipality, located in Mexico City. The alleged killings were linked to political groups with connections to the Partido Revolucionario Institucional (Institutional Revolutionary Party), that is to say, the state government itself.

Another threat arose in the municipality of Tlalnepantla, from a policeman charged with the attempted murder of his wife. “He told me to stop trying to ‘bust his balls’,” says Villalvazo, “that I didn’t know who I was dealing with. God knows what a powerful man like him could decide to do to me.”

“I have to be in Mexico so I can stay close to those who need their voice to be heard.”

The most recent threat arose from her investigation of the femicide of Victoria Pamela Salas Martínez, who was murdered in September in a Mexico City hotel. The victim’s boyfriend, Mario Sáenz, a well-known Mexican skater, is considered to be the prime suspect.

In 2009, Villalvazo was abducted in Oaxaca by a group that tortured her by extinguishing lit cigarettes on her breasts. Nearly a decade later, she says that fresh threats still stir up the trauma from that time. “It’s the same violence,” she says. The threats are so frightening that people have suggested she leave the country and seek refuge in Canada. But she refuses to go. “I have to be in Mexico so I can stay close to those who need their voice to be heard.”

Verónica has filed official complaints about these threats with the Special Prosecutor for Attention to Crimes Against Freedom of Expression (FEADLE – Fiscalía Especial para la Atención de Delitos cometidos contra la Libertad de Expresión​) and she has registered with the federal programme to protect journalists. “I don’t have confidence in Mexican state institutions,” she says, “because I have documented how they violate their own protocols. But, we must demand that they provide the protection I need and not wait until I end up murdered.”

The protection mechanism recently introduced a “panic button” protocol for journalists who face imminent threats. But the protocol only helps authorities locate the person who is threatened; it does not enable them to forestall an attack. This is not the only weakness either: when a journalist travels to other states, the “panic button” loses its satellite connection on the highway. “There have been occasions when they’ve told me that they can’t monitor my location because they are busy with other emergencies,” says Villalvazo.

According to statistics uncovered by a 2016 access to information request, 171 journalists receive this type of protection throughout the country; 43 in Mexico City.

In Mexico, women and journalists can be victims of an attack at any given moment.

The protection programme also installed a security camera at Verónica’s house to monitor who comes to the door. Initially, the programme ensured police patrols of her street but the patrols were discontinued two weeks after her registration.

Verónica has lived with fear, uncertainty and distrust since the threats started and she remains alert whenever she is outside her home. Months can pass without her seeing either her mother or her son, so that their locations remain unknown.

When she is not carrying out an investigation or attending a meeting, Veronica is usually at home writing articles for Vice México, setting up interviews with high school and university students and writing a book about femicide. The book will include testimonials from victims’ family members. She firmly believes in her right to freedom of opinion and expression as set out in Article 19 of the Universal Declaration of Human Rights. She also believes in her right to investigate, receive and diffuse information through any media, without any form of interference. She laments the fact that in Mexico it has practically become a crime to investigate femicide, denounce human rights violations, give a voice to indigenous people, or denounce breaches of environmental law by mining companies.

“The government seems determined to silence anyone who dares to expose the bad things they do,” says Villalvazo. After reporting on the murder of 12 journalists and newscasters in 2017, she unequivocally believes that “in Mexico, women and journalists can be victims of an attack at any given moment.” She also says that unfortunately, Mexican society has become apathetic. People believe there is no criminal violence, even though 19,000 people have died in 2017 alone. “The fact that you don’t want to recognize the problem does not mean it will not affect you. In this country, a woman, no matter her age or economic bracket, can be murdered at any time. Sometimes I think that the day someone calls for ‘Justice for Frida,’ it will be because I’m no longer here.”

Gabriel Ramírez and Cynthia Basulto are Mexican correspondents who report from Canada..

Translator Rosalind Gill is a Senior Scholar, Glendon College, York University (Translation and French Studies). She has served as a human rights translator for the last 13 years, with a focus on Latin America.