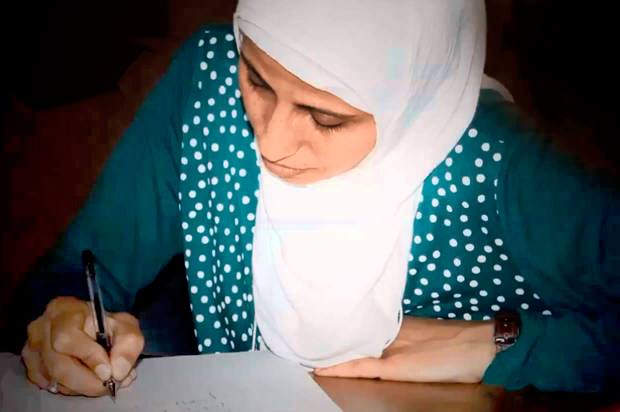 Dareen Tatour, a Palestinian poet and citizen of Israel, was convicted by the Nazareth Magistrate’s Court on 3 May 2018 on charges of incitement to violence and support for terror organisations. Tatour has spent more than two years in jail or under house arrest since October 2015. She is currently awaiting her sentencing hearing, which has been postponed until 31 July 2018. The prosecution previously asked for her to be sentenced to between 15 and 26 months in prison.

PEN has carefully reviewed the charge sheet and the evidence against Tatour, and concludes that she has been prosecuted exclusively for her poetry and peaceful activism. Tatour’s conviction is mainly related to a video, which Tatour posted on YouTube, in which she recites one of her poems entitled,‘Qawim ya sha’abi,qawimhum (Resist, my people, resist them).’

We uphold our previous calls upon the Israeli authorities to end the judicial harassment of Tatour and immediately and unconditionally release her.

Please copy your appeals to the Embassy of Israel in your country. A list of embassies can be found here: http://www.allembassies.com/israeli_embassies.htm.

Please also send us copies of your letters or information about other activities and of any responses received.

Publicity
PEN members are encouraged to:

Solidarity
Consider adopting Dareen Tatour as an Honorary Member of your centre. Details of how to campaign for honorary members may be found in the Writers in Prison Committee Handbook, available here.