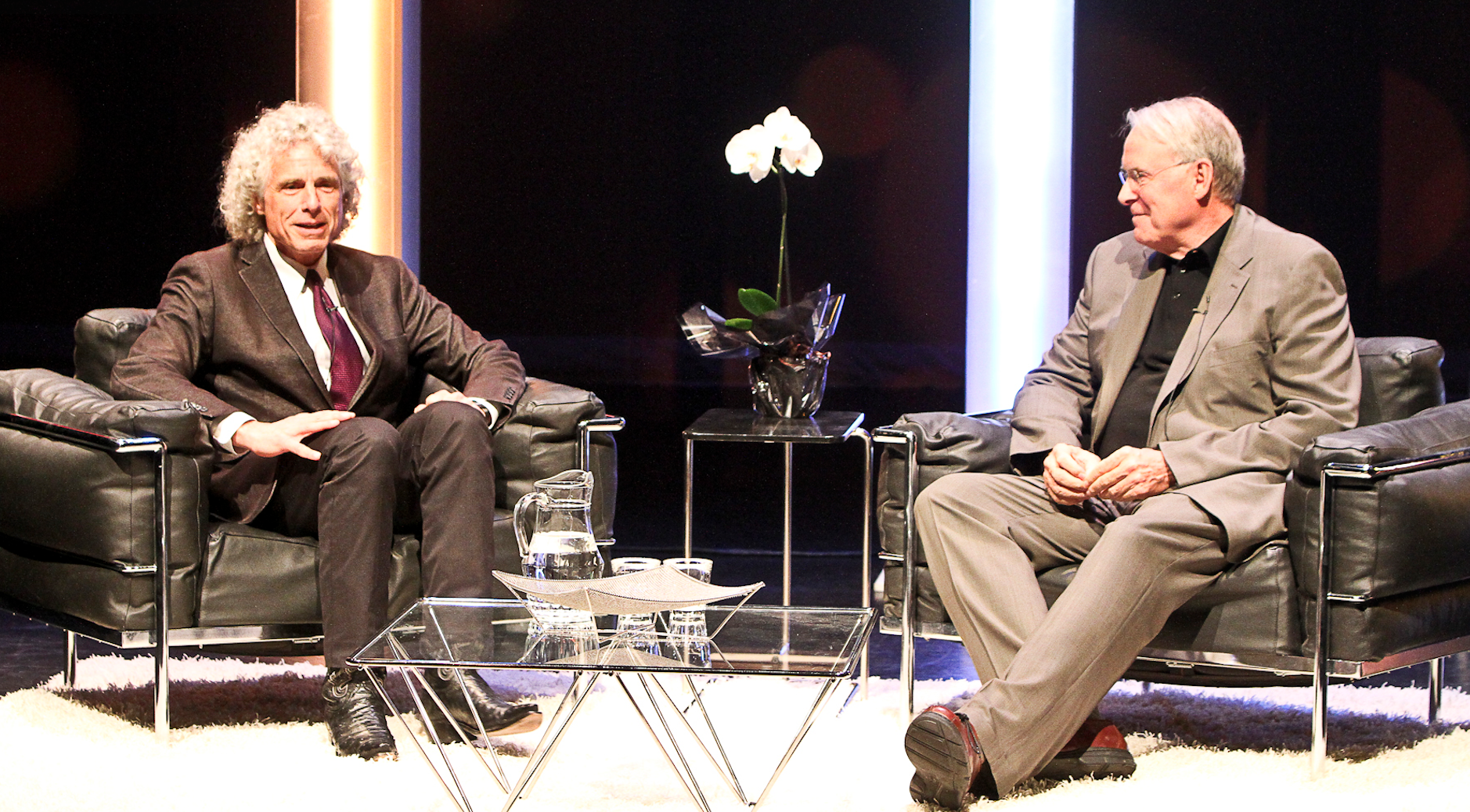 Drawing the crowd’s attention to the empty chair sitting stage left, Boyagoda recounted the story of Avijit Roy, a Bangladeshi-American blogger who was murdered in February 2015 as a result of his writings on religion and politics. Roy’s absence, Boyagoda explained, would be similarly marked at each IFOA event and all guests were invited to sign a petition for greater protection for secular writers in Bangladesh.

Boyagoda then introduced PEN Canada’s One Humanity Award, given to a writer whose work “transcends the boundaries of national divides and inspires connections across cultures,” and it’s benefactor, Florence Minz. Speaking to his excellent work, Minz presented the award to Ethiopian editor and journalist, Eskinder Nega, who is currently serving an 18 year prison sentence on bogus terrorism charges. The President of PEN Ethiopia, Solomon Hailemariam, accepted the award on Nega’s behalf while the Ethiopian Satellite Television captured the moment.

After a hearty round of applause, Steven Pinker and Ken Dryden took to the stage. The pair began their conversation by commenting on the difficulties of clear writing, specifically on the concerning tendency of expert writers to condescend their audiences instead of working with universal experiences. Though his wildly successful hockey memoir The Game was originally meant to be a glimpse into an exclusive world, Dryden argued that it gained its strength from inclusive themes such as triumph over adversity.

The conversation shifted to the theme of violence, with Pinker offering his research on the subject from an academic angle, and Dryden sharing his experiences as a policy maker and professional athlete. Permeating the talk was the theme of optimism, with both men working to discredit the idea that young people are less eloquent or more violent than their predecessors. Pessimism about the future is not only unwarranted, they said, but unproductive. Dryden told the audience: “You have a right to optimistic about the future.” Expanding on Dryden’s statement, Pinker explained: “People can be empowered when they know that change is possible and, in fact, that it happens.”

The conversation turned to the relationship of violence and rule-of-law. As an example, Pinker cited  findings that the most violent Canadian hockey players today come from towns that have historically been distant mounted police outposts. He then closed the talk with a most-Canadian of comments: “If hockey violence can decline, there’s hope for the world.”