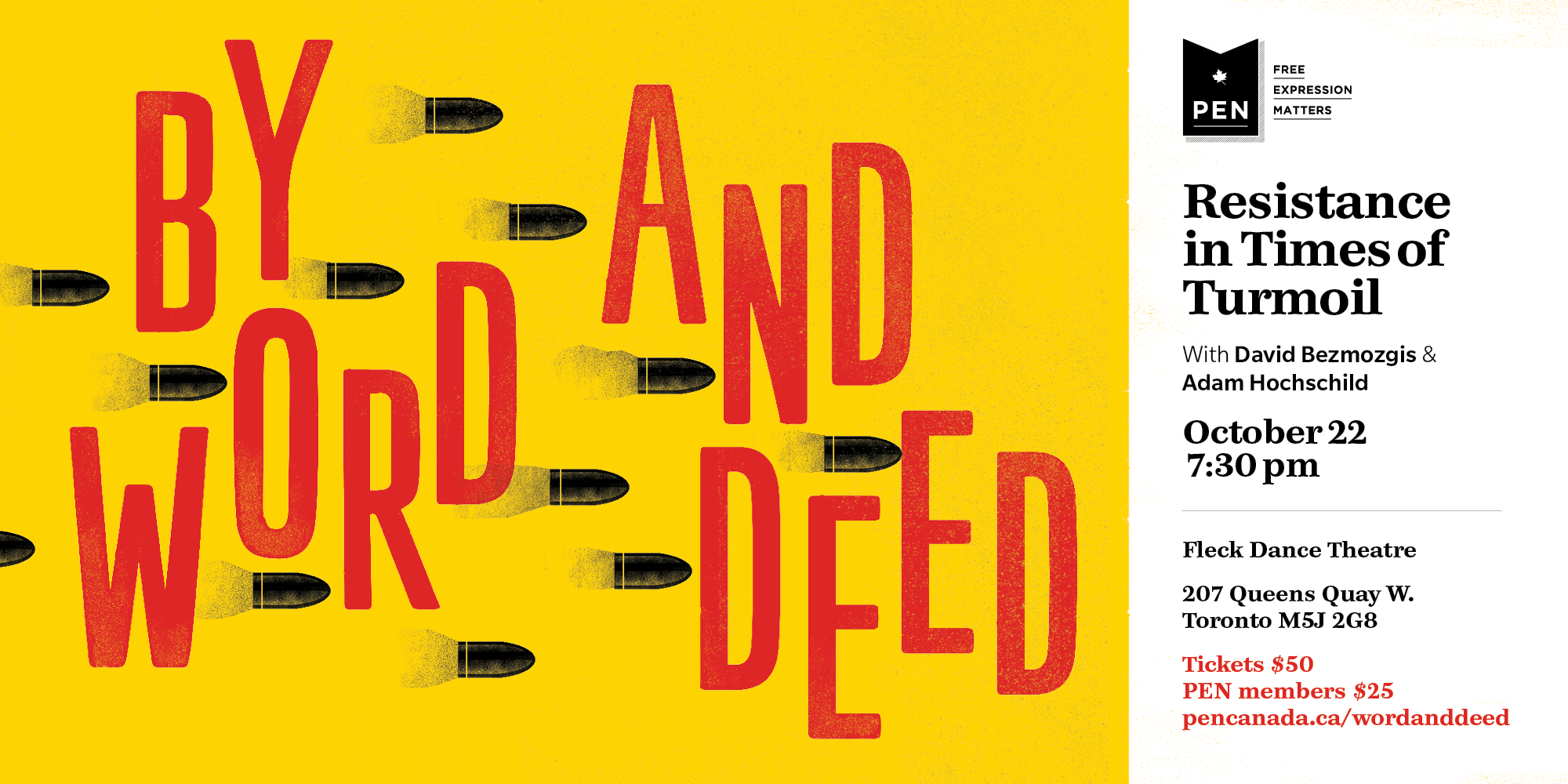 Adam Hochschild at the International Festival of Authors

Toronto, Sept. 7, 2016 ­– Author and historian Adam Hochschild will take the stage with writer David Bezmozgis at PEN Canada’s benefit at the International Festival of Authors on Saturday, October 22 to discuss his newest book, Spain in Our Hearts: Americans in the Spanish Civil War, 1936–1939.

“Adam Hochschild is a brilliant and versatile writer –­­ a historian, a journalist, and above all, an eloquent and searching storyteller. We are delighted to hear from him, in conversation with one of Canada’s leading writers and filmmakers, David Bezmozgis, on the 80th anniversary of a conflict whose meanings speak to so much of what’s happening in our world today,” said PEN President, Randy Boyagoda.

Following award-winning works King Leopold’s Ghost, Bury the Chains and To End All Wars, Hochschild’s Spain in Our Hearts provides a vivid account of the Spanish Civil War – a conflict that saw Spain’s republican government fall to a military coup backed by Hitler and Mussolini. The bloody conflict inspired Picasso’s masterpiece, Guernica, Hemingway’s For Whom the Bell Tolls, and Orwell’s Homage to Catalonia, as well as 40,000 foreign volunteers who risked their lives to fight against fascism.

PEN will ask Hochschild about the role of the writer in times of ideological turmoil – a pressing question in the era of ISIS, mass migration, and controversial figures like Donald Trump and Marine Le Pen. For many, the Spanish Civil War is emblematic of the struggle to defend intellectual ideals of freedom and equality against nationalism, militarism, and fascism. Indeed, the conflict brought PEN its first major cases with the arrest of writers Arthur Koestler and Frederico Garcia Lorca in 1936 and 1937.

PEN Canada’s benefit is a tradition at the International Festival of Authors. In addition to Hochschild and Bezmozgis’ conversation, PEN will present its annual awards, including the One Humanity Award for a writer who pledges to dispel race, class and national hatreds; the PEN Canada/Ken Filkow Prize celebrating an individual or institution in Canada who has demonstrated courage and integrity in the interest of freedom of expression; and the RBC/PEN Canada New Voices Award for unpublished writers aged 18-30.