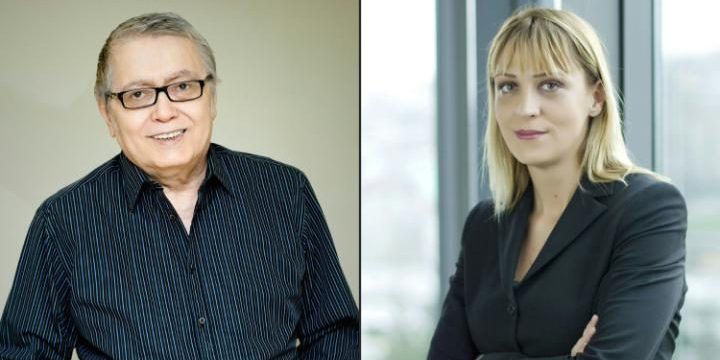 PEN International and PEN Canada are deeply concerned by an Istanbul court decision to convict journalists Hikmet Cetinkaya and Ceyda Karan with fomenting “hatred and enmity in the people via means of the press”, and sentencing them to two years in prison, for republishing cartoons of the Prophet Mohammed from the French monthly Charlie Hebdo a week after the attack in Paris in which 12 people lost their lives. PEN Canada and PEN International call on Turkish authorities to overturn their convictions and sentences immediately, as their actions in republishing the cartoons were a legitimate exercise of their right to freedom of expression.

Send appeals to the Turkish authorities:

And copy to the Embassy of Turkey in your country. You can find embassy addresses here.

Consider adopting Hikmet Cetinkaya and Ceyda Karan as Honorary Members of your Centre.  Details of how to campaign for honorary members may be found in the Writers in Prison Committee Handbook, available here.

Please keep us informed of any action you take in regard to Hikmet Cetinkaya and Ceyda Karan’s case, including any responses you receive from the authorities.

A week after the attacks on the Charlie Hebdo offices in Paris, in which 12 people lost their lives, Cetinkaya and Karan published a four-page feature in the Turkish daily Cumhuriyet to mark the magazine’s first edition after the attacks. The cartoon showed Prophet Mohammed holding a “Je suis Charlie” sign under the headline “All is forgiven.”

The journalists were convicted on under article 216.1 of the criminal code of “inciting hatred and hostility” of a religious nature.  Charges of religious defamation were dropped.

The two journalists spoke to PEN International after their conviction:

Hikmet Çetinkaya said: “I strongly believe that the Supreme Court will dismiss the decision of the   Criminal Court. My column was a protest against the massacre in Paris. It was only an act of solidarity with those killed in Charlie Hebdo offices.  Terrorism is a crime against humanity. I shall continue to write against terrorism regardless of any religious, linguistic or social difference of its victims.”

Ceyda Karan said: “This is a political case. We have been acquitted of charges of “insulting people’s religious values” on the grounds that the criminal factors had not been constituted.  But we were sentenced to two years’ imprisonment for ‘openly encouraging hate and enmity among people via the press’. This is absurd.   This case is entirely about the lack of freedom of thought and expression.”

“Cumhuriyet newspaper was one of the five international publications that printed excerpts from the edition of Charlie Hebdo published after the killings in Paris. Both Ceyda and Hikmet took part in an act of solidarity with the victims.  In my opinion there is no difference between the march of the Turkish Prime Minister arm in arm with the world leaders in Paris and the columns of both Ceyda and Hikmet.”