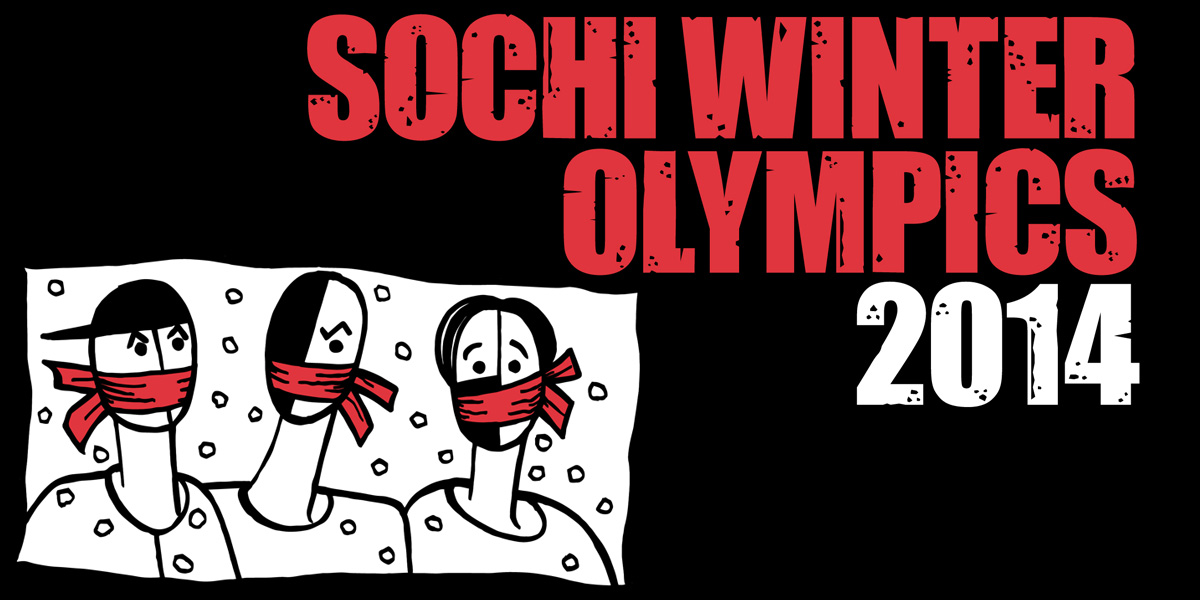 The Winter Olympic Games will take place in Sochi, Russia on 7th – 23rd February, 2014. PEN Canada will be campaigning against the draconian restrictions placed on free expression in Russia since President Vladimir Putin returned to office in May 2012.

In the last 18 months, Russian lawmakers have signed a number of laws curtailing free speech and dissent. Three laws specifically place a choke hold on the right to express oneself freely, and pose a particular threat to our fellow writers, journalists and bloggers:

1. In June 2013, the now-infamous gay ‘propaganda’ law was passed. This law prohibits the “propaganda of non-traditional sexual relationships among minors,” meaning that any activity that can be construed as promoting the non-heterosexual lifestyle, including the holding of LGBT rallies, or the “promotion of denial of traditional family values among minors,” is now banned. Russian citizens violating this law face being fined; foreigners face deportation. Since the introduction of this law, LGBT groups have reported an increase in attacks on gay people and Russia’s media watchdog has already targeted one newspaper, Molodoi Dalnevostochnik, for ‘promoting’ homosexuality in its coverage of the firing of a gay school teacher.

2. The ‘blasphemy’ law was also passed in June 2013. This law criminalizes ‘religious insult’ and provides punishments of up to three years’ imprisonment or a maximum fine of 500,000 RUB. The law is widely seen as a heavy-handed attempt to deter stunts similar to the one carried out by the feminist punk group Pussy Riot, who performed their ‘punk prayer’ inside the Christ the Saviour Cathedral in February 2012.

3. Defamation was re-criminalised in July 2012. Having previously been de-criminalised in 2011 under former President Dmitry Medvedev, it was made a crime once again when Putin returned to the presidency. This law provides cripplingly harsh fines of up to US$153,000 for violations and threatens to push small media outlets into self-censorship for fear of risking financial ruin.

In December 2013, in celebration of the 20th anniversary of the Russian constitution, the State Duma granted an amnesty to Honorary Members Nadezhda Tolokonnikova and Mariya Alekhina of Pussy Riot. Although welcome, this only reduced their harsh two-year prison sentences by a number of weeks, and it should not distract us from the fact that the threat to the right to express oneself freely has greatly increased since Tolokonnikova and Alekhina were convicted of ‘hooliganism motivated by religious hatred’ in August 2012.

During the Winter Games at Sochi, PEN Canada will be calling for the repeal of the troika of laws that restrict free expression in Russia: the gay ‘propaganda’ law, the blasphemy law and criminal defamation.

A Poem for Pussy Riot: Here, my love, listen.
What is the Literary Scene in Russia Like today?
Canadian Writers Call on Russia to Repeal Laws that Choke Freedom of Expression
From the Archives: A Tribute to Anna Politkovskaya