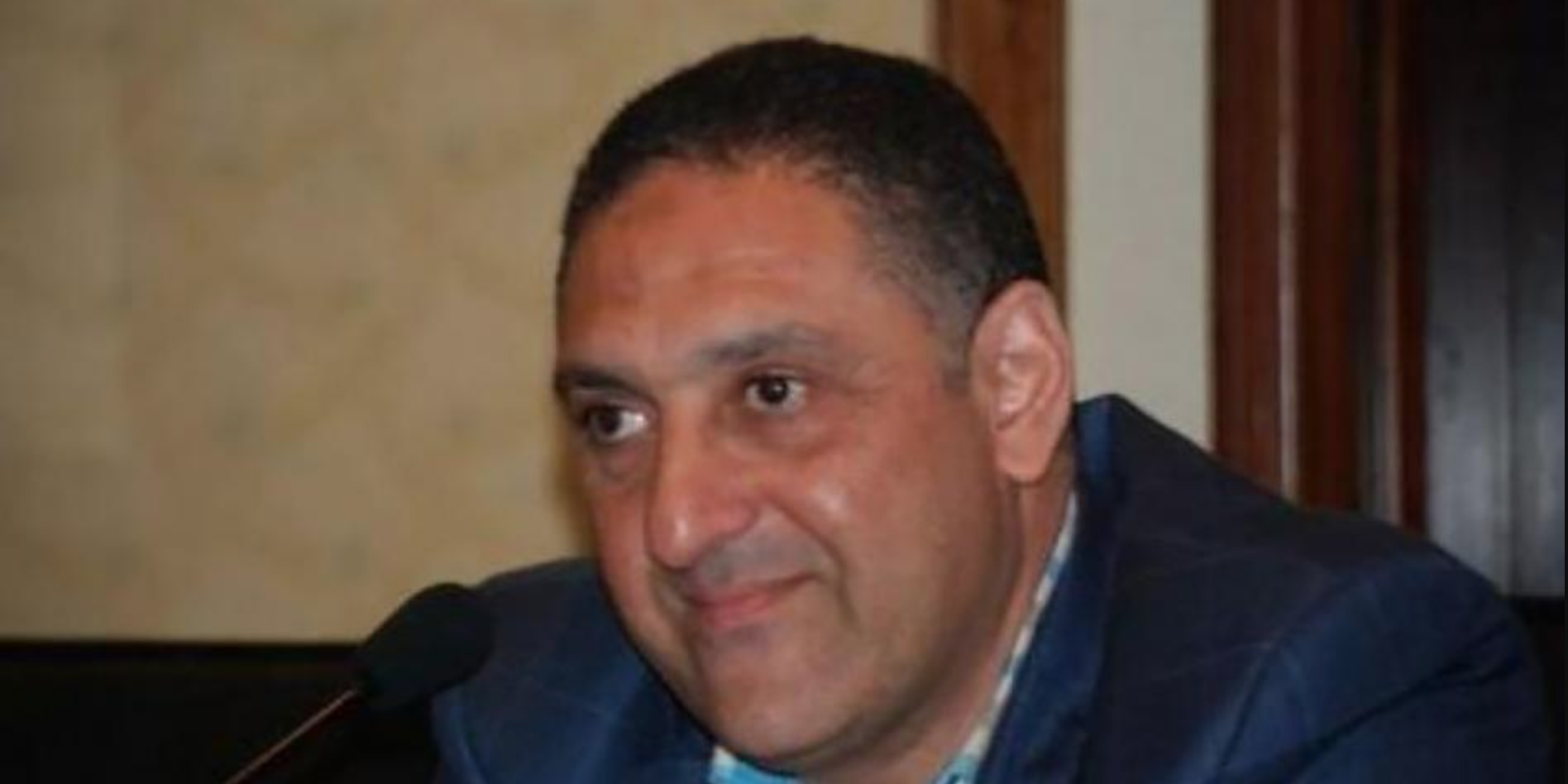 PEN International is deeply concerned about the well-being of Hesham Gaafar, a prominent Egyptian writer and the head of Mada Foundation for Media Development (MADA). Gaafar has been arbitrary detained since October 21, 2015, when dozens of armed agents from Egyptian security service raided MADA’s offices and arrested Gaafar before detaining him for several days at an undisclosed location. He has been held in pre-trial detention mainly at Tora prison since then, and his family is only allowed to visit him sporadically. Gaafar’s health is seriously deteriorating since his arrest due to the poor conditions of detention and the lack of access to adequate medical care.

PEN International believes that Gaafar’s detention is related to his writing and civil society activism and calls for his immediate and unconditional release, as well as immediate access to adequate medical treatment and improvement of his conditions of detention. The Egyptian authorities should also fully respect Gaafar’s right to freedom of expression and opinion.

Send appeals to the Egyptians authorities:

Hesham Gaafar is a well-known writer, journalist, and political researcher. He is a leading political expert and founder of several regional NGOs including the Centre for Mediation and Dialogue and the Mada Foundation for Media Development (MADA), which is a local private media company promoting, among others, dialogue in the Egyptian society. He is also a member of Egypt’s press syndicate. Gaafar has consulted for many international and national organizations such as the Centre for Humanitarian Dialogue (HD), UNICEF, and the Egyptian National Population Council. He also worked as an editor-in-chief for many Arabic magazines and scientific journals, including IslamOnline, and “Thought Harvest”, which is a monthly cultural publication. Gaafar chaired several consultations focusing on inter-religious and women’s issues within Egyptian society, one of which led to the adoption of the al-Azhar declaration for women’s rights from an Islamic perspective in 2012.

Gaafar is the author of many books and articles about political issues, Islam, women and governance in Egypt. For instance, in one of his books on the political dimensions of the concept of Governorship in Islam he presents a deep study about this concept in Islam from both a historical and a contemporary perspective. He has also contributed to many publications, such as “The crises of Muslim Brotherhood”, in which he describes and critiques the Muslim Brotherhood’s role in Egypt’s professional syndicates.

On October 21, 2015, agents of the Egyptian security forces raided MADA’s offices in the 6th of October City and arrested Gaafar. They confiscated all his electronic devices as well as work and personal documents. They also detained the Foundation’s employees, including researchers and writers, for a period up to 12 hours and confiscated hundreds of computers and other electronic devices owned by foundation staff, as well as their papers and publications that were used for research and media-related work.

Security forces agents then raided Gaafar’s house while he was waiting in the police car and seized all documents and electronic devices found, including those belonging to his family. His family members were also detained by security agents inside their home for 17 hours. Gaafar was subjected to enforced disappearance for almost two days following his arrest, during which he was blindfolded, handcuffed and interrogated without the presence of a lawyer. On October 24, Gaafar appeared before the Supreme State Security Prosecution in Cairo, where the Public Prosecutor accused him of membership of the Muslim Brotherhood and of illegally receiving funds from foreign donors to support his Foundation’s activities. A judicial case, no. 720/2015, has been opened against Gaafar, and his pre-trial detention was ordered. Since then, his detention has been regularly renewed for 45 day periods. Gaafar’s next hearing is expected to be held in October 2017, at which point Egyptian law allows for a final renewal of his detention for 45 days. At the end of this final extension, he must be either released or sentenced.

PEN International believes that Gaafar’s arrest and detention are due to his writings critical of the Egyptian authorities, as well as his civic activism within Egyptian society to bring democracy and to eliminate sectarian tension through his dialogue circles, research and publications.

Since his arrest, Gaafar has spent most of his detention in the heavily-guarded Tora Prison (called al-Aqrab). The conditions of his detention are poor: he sleeps on the floor and has no access to basic hygienic necessities. Moreover, Gaafar is denied access to medication and specialist medical care, which he requires for pre-existing medical conditions, namely an enlarged prostate and optic nerve atrophy. As a consequence, Gaafar’s health has been deteriorating and he is at high risk of becoming blind. The Minister of Interior not only refused to provide him with adequate medical treatment but also denied his family the possibility of providing his medication and treatment at a private health care facility.

Only in March 2016, after the serious deterioration of Gaafar’s health, did the authorities transfer him to al-Manial University Hospital, which is affiliated with Cairo University. However, Gaafar was sent back to Tora Prison in August 2016 where he continues to be detained under poor conditions without access to further medical treatment. His family was denied access to the results of this medical intervention. At his hearing on August 24, 2016, Gaafar appeared carrying a urinary catheter. Gaafar’s family is regularly banned from visiting him. They visited him for the first time 11 months after his arrest. On August 31, 2017, when his family was allowed to see him in Tora Prison, they discovered that he completely lost sight in his right eye while his left eye is also weak. Gaafar also informed his family that the medical exams indicated suspected prostate cancer. At his hearing on September 12, 2017, Gaafar’s wife reported that he was beaten and ill-treated by an agent of security service while in their way back to the prison.

Human Rights Watch report “We are in Tombs” documents the abusive conditions within Egypt’s detention system. Gaafar’s ill-treatment is in line with the findings of this report, which describes that “Authorities there have banned inmates from contacting their families or lawyers for months at a time, held them in degrading conditions without beds, mattresses, or basic hygienic items, humiliated, beaten, and confined them for weeks in cramped ‘discipline’ cells – treatment that probably amounted to torture in some cases – and interfered with their medical care in ways that may have contributed to some of their deaths”.

Freedom of expression and PEN’s work on Egypt

The situation for freedom of expression and opinion in Egypt has deteriorated sharply since the arrival of President al-Sisi into power in 2014. Many journalists and writers have been arrested or forced to flee the country. PEN passed a Resolution on Egypt at its 82nd World Congress and noted with concern the rise in the number of writers and journalists who have been detained or imprisoned solely for exercising their right to freedom of expression, association, and assembly, including during for journalistic, artistic, or human rights work. For example, in January 2016, the poet Fatima Naoot was sentenced to three years’ imprisonment on charges of “contempt of Islam” and “disturbing public peace” for a comment made on Facebook criticizing a traditional Islamic celebration. PEN has also campaigned on the case of journalist and novelist Ahmed Naji, who was sentenced to two years in prison in February 2016 for “violating public modesty” in relation to the publication of excerpts from his 2014 novel Istikhdam al-Haya (The Use of Life). On December 18, 2016, a Court suspended Naji’s sentence pending his appeal. Naji was released but he faces an appeal hearing and travel ban. Egyptian authorities have also refused internationally acclaimed poet Omar Hazek from leaving Egypt in January 2016 to accept the Oxfam Novib/PEN Award for Freedom of Expression. In early February 2017, Hazek was detained alongside fellow activists and questioned for five hours, before being released. More recently, PEN condemned the arbitrary dismissal of three journalists from a newspaper due to the expression of an opinion that contradicted the official position of the Egyptian authorities.

PEN continues to call for the Egyptian authorities to protect the rights of all Egyptians to freely express their views, whether as citizens, journalists, or writers, as protected under the Egyptian Constitution and as per Egypt’s obligations under the International Covenant on Civil and Political Rights (ICCPR).