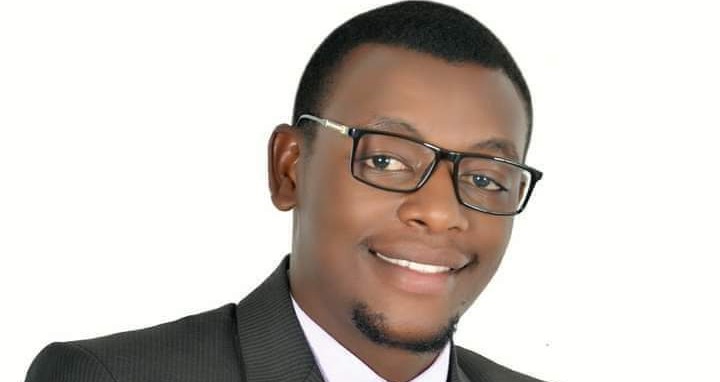 Kakwenza Rukirabashaija is a Ugandan novelist and journalist. He is the author of The Greedy Barbarians, a novel which explores themes of high-level corruption in a fictional country. His new book, Banana Republic: Where Writing is Treasonous, was recently published. In this book, he recounts his experience, including torture by state security agents, while detained for seven days in April 2020. He was held under charges supposedly related to COVID-19, but interrogated about the contents of his novel. He was charged in court with the offence of ‘doing an act likely to spread the infection of disease…’ After failure of the state to appear before court to argue the case, a Chief Magistrate’s Court dismissed the case and discharged Rukirabashaija for non-appearance of the complainant.

The following letter was written by the Canadian novelist and Man Booker Prize Winner Yann Martel.

When I read what has happened to you, what continues to happen to you, I am appalled. Your offence has been to write. You line up words on a screen, only that. And what you did with the words in your novel The Greedy Barbarian, using the tools of fiction, was to point out the corruption poisoning your country. There can be no harm in that. Corruption is not good for anyone, not even for those who profit from it. Short-term, they do well, but their soul is poisoned. And the good ride at other people’s expense never lasts. Always, corruption corrupts its very survival, and then there is a price to be paid. Why be corrupt then? A well-functioning civil society that respects each and every citizen benefits everyone.

You write The Greedy Barbarian. Then what? On April 13, 2020, you are arrested by officers of the Ugandan military intelligence. Of course, you know all this. I am writing it down because other eyes will be reading this letter, and they must know, or they must be reminded. You are arrested, you are detained for seven days, in flagrant violation of Ugandan law, which requires that an arrested person be charged in court within 48 hours of their arrest, and during those seven days you are repeatedly interrogated and tortured, resulting in injuries that you are still dealing with seven months later.

And then you did it again. You wrote another novel, The Banana Republic, in which you recount your harrowing experience at the hands of those corrupt military officers. On September 18, 2020, you are once more arrested by the same officers of the Ugandan military intelligence. Once more, you are tortured. After three days, you are released. To top it off, you have been charged by the people who tortured you with “inciting violence and promoting sectarianism.” Do you think they see the irony in this charge? I don’t think so.

Dear Kakwenza, you are a brave man who has been heard. We know, here in Canada, what Ugandan authorities are doing to you. We know, and state here, that it is deeply unacceptable,n outrageous breach of the basic rights of every human being. It is my hope that bringing light to your case will save you from the dark, that one day soon you will be free and safe to write your novels and readers will be free and safe to read them.

With respect and admiration,

Situation: On trial on one case; under investigation on another

On April 13, 2020, Ugandan writer and novelist Kakwenza Rukirabashaija was arrested at his home by officers from the Chieftaincy of Military Intelligence (CMI). He was detained for seven days before arraignment in court and informed his lawyers that he had been subjected to torture. Although he was charged with a covid19 related offence following a post he had made on his Facebook account, his interrogation centred on his novel, The Greedy Barbarians that explores themes of high-level corruption in a fictional country. PEN International issued a statement on May 4, 2020 highlighting his situation and calling on the Ugandan authorities to drop what seem to be false charges when in real sense Rukirabashaija was being targeted because of his writing. In the latest incident of arrest and unlawful detention, the arresting officers questioned him about his new book, Banana Republic: Where Writing is Treasonous although in official documents seen by PEN, the police strangely claim that Rukirabashaija is being investigated on a charge of ‘inciting violence and promoting sectarianism.’

PEN is gravely concerned about the physical safety and welfare of Rukirabashaija. He has informed his lawyers that he is still undergoing treatment for injuries he suffered during his detention in April 2020. Furthermore, state security agents continue to withhold his computer, cell phone and data storage bank although these are not included as exhibits in the court case against him.

Freedom of Expression in Uganda

Misuse of state security agencies and abuse of rule of law to silence dissenting voices in rampant. It is not uncommon for critical voices, particularly writers, journalists, human rights defenders, political opposition activists, artistes, university students and academics, and others peacefully protesting unjust actions by government and state officials to be subjected to arbitrary arrest and detention; acts of brutality, including torture and malicious prosecution.

Use of repressive laws, particularly the Public Order Management 2013 and the vaguely worded Computer Misuse Act 2011 are frequently applied by the authorities to crack down on critics of the Uganda government. Despite numerous appeals to the Uganda authorities by national and international human rights groups to repeal sections of these laws that negate Uganda’s international human rights commitments and obligations, the authorities have continued to ignore these calls.

Send an appeal to the Ugandan authorities.

Ask the authorities to:

Drop unjust charges against Kakwenza Rukirabashaija and investigate torture allegations. #ImprisonedWriter #FreeKakwenza @KagutaMuseveni [or Twitter handles for other contacts below]

Yoweri Kaguta Museveni, President of the Republic of Uganda

Abel Kandiho, Director of the Chieftaincy of Military Intelligence (CMI)

Tell others: share Kakwenza Rukirabashaija’s case and his work

Give to our Day of Imprisoned Writer appeal

Imprisoned writers rely on PEN to advocate for their freedom and to defy those who want to silence them. From practical support for writers seeking asylum or in exile, to using our platforms to share their words, to putting pressure on the powerful – this work is only possible with your support. Give today