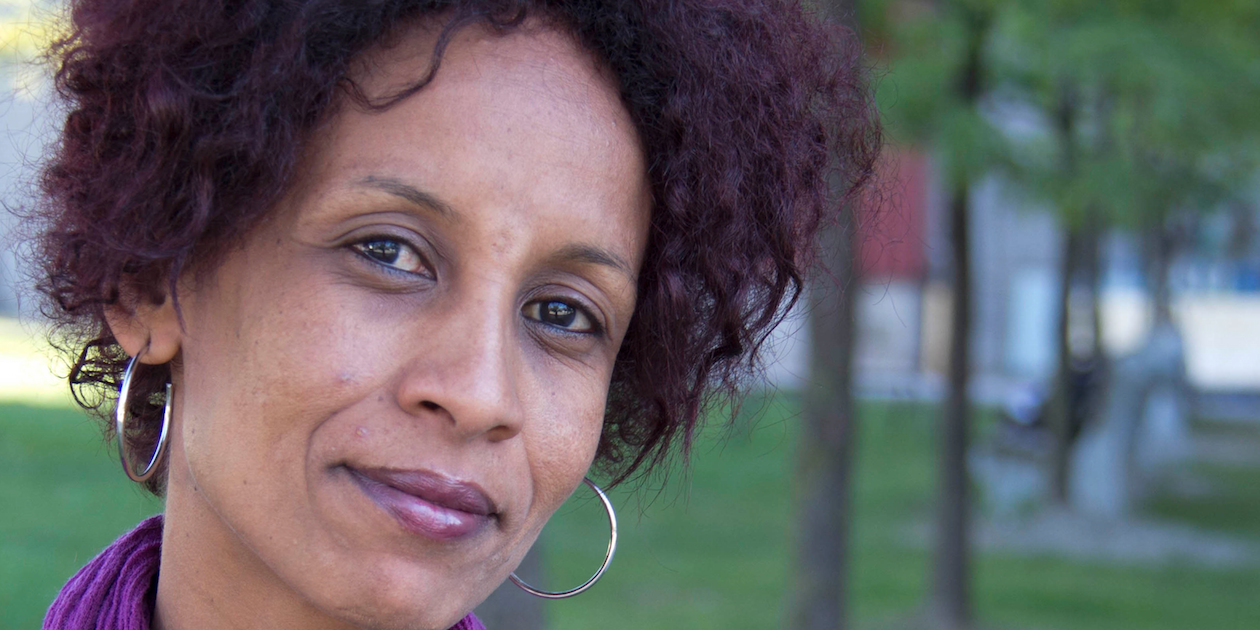 Writer and journalist Eden Eyasu is the 2015 PEN Canada Writer-in-Residence at George Brown College. Eyasu immigrated to Canada from Eritrea in 2013, leaving behind a threatening and uncertain media environment. PEN staff caught up with Eyasu as she nears the midpoint of her residency.

PEN Canada: You’ve been a writer-in-residence at George Brown for four months now. Tell us about the writing projects you’re working on.

Eden Eyasu: One of the projects I am working on is a novel I started back in 2013. The story is set in Toronto in the same year. It is about two troubled souls who meet at a subway station. For the most part, it is about questions human beings ask themselves when they realize they are standing at the end of some road. And it is about their journeys. In this case, however, these strangers for some reason decide to team up and tackle it as a duo. They are imaginative enough though to do it in a way that is usually either stupid or crazy.

PEN Canada: What sort of issues do you write about? What do you enjoy writing about?

Eden Eyasu: So far, I have written on a range of subjects. There was this story I once wrote which was based on a true event, set in the capital (Asmara), sometime in the recent past where a mother of two tried to abandon her elder son of about three, because she thought doing so would be an opportunity for him to survive as she was unable to provide for him and his younger brother. It was about a mother’s dilemma. Yet, I used it to show a much bigger picture of a people condemned to live under an unconstitutional governance and its consequences. But I also try to highlight virtues that I feel need to be revived. Unity, homeland, exile and going back home…one day. These are some of the subjects that I find myself writing about.

PEN Canada: PEN Eritrea was ratified as an official PEN centre at the 2014 PEN International Congress in Kyrgyzstan. This group operates in exile, as the current situation in Eritrea is too dangerous for political commentators. What is it like to engage with Eritrean issues from a position of exile?

Eden Eyasu: We are talking about a repressive regime. That means it does not only value secrecy but it also defends it fiercely, because its very existence depends on it. That makes getting current information difficult and verifying it almost impossible. Even if your sources are reliable and the information accurate, the regime comes up with one drama or another in order to tarnish your credibility or at the very least, ensure that questions arise around it. Eventually, the dramas become the story. As a result, opportunities to discuss relevant and timely matters get wasted. However, whenever Eritreans within the country are emboldened by activities of their diaspora counterparts, the flow of current information seems to increase. Generally though, it is complicated.

PEN Canada: You were recently invited to speak at a Toronto pro-refugee rally. From your perspective, what support do refugees coming to Canada need?

Eden Eyasu: I am sure refugees will not lack in support. All I would like to do is probably remind people that a home, regardless of what it is made of, is the most important thing human beings have on this earth. Leaving that behind unwillingly makes parting from everything dear to you–including families, culture, languages, the landscape–unbearable, as it can also mean leaving your heart behind, coming to a safe, but strange, place. So understanding is important, I think, not only for the refugees’ sake, but also for the sake of the diverse society they would ultimately integrate into and be productive members of. In my case, I met very understanding people when I first arrived. That was my first impression. And spreading it seems the right thing to do.

PEN Canada: What sort of interaction have you had with students at George Brown?

Eden Eyasu: To ensure the best possible outcome, the instructors and myself worked closely together. That meant topics selected for any given class were the most relevant and were presented in a way that motivated students to take part. Some of the subjects raised were working as a writer/journalist under a repressive regime and maternal health in Eritrea and bias in writing and in life. In view of the fact that we tend to take rights for granted, we used those sessions to remind ourselves and others that previous generations have made huge sacrifices so that we can enjoy them now.