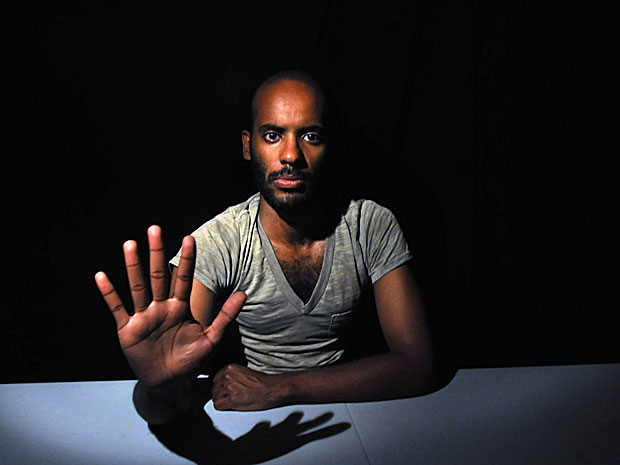 Censorship usually occurs when one part of a society silences another – whether this is done for political, social, religious or corporate motives ultimately makes little difference. But there is also a more insidious form of censorship that takes place when artists, journalists and writers learn to silence themselves, fearful that inconvenient facts or opinions may endanger their livelihood or, occasionally, even their lives. Journalists in Mexico routinely practice self-censorship to avoid repercussions from the drug cartels or corrupt local authorities, but self-censorship can also happen in mature democracies, where threats are far more nuanced. We invited Michael Rubenfeld, artistic director of the SummerWorks Performance Festival to reflect on the questions he faced after federal funding for the festival was withdrawn last year.  Federal funding for SummerWorks was fully restored in 2012.

I was asked to write a piece about self-censorship, as I have been asked on a few other occasions.  Generally people would like to know if artists are self-censoring because of the current political climate.  I can’t speak for all artists, but I can speak for myself.

I run a festival called SummerWorks. In 2011 we lost our federal funding.  Many speculated that it was because of a piece we programmed in 2010 that made the news when the Toronto Sun decided it glorified terrorism.  The Sun pushed this agenda right to the Prime Minster himself and he responded personally saying that the government “does not support anything that glorifies terrorism”. We chose not to speculate and instead focused on fundraising and extolling the value of mandate of the festival and in doing so, defended the right of our artists to speak. In 2012, our funding was restored.

I, like everyone else, had very strong feelings and ideas at the time about why we lost our funding, but despite being very upset, I didn’t speak out about it.  I was, on numerous occasions, asked whether the funding was lost because of this play: Homegrown.  The whole situation was ridiculous.  Truly.  The Toronto Sun, having not seen the play, decided to stir up trouble by printing a bullshit story to sell some papers.  My first reaction was mockery.  I don’t read the Toronto Sun.  It’s an ignorant rag that I have never taken seriously.  But when the Prime Minister got involved, things changed.  It got scary.  The media had fabricated a story and gotten the attention of the government by accusing the play (that they hadn’t seen) as glorifying terrorism.  We were not equipped to deal with this situation.  We’re in the business of making indie theatre, not fighting unethical propagandists.

My heart wanted to react.  I wanted to scream and yell.  I was very upset about the whole situation, but after stepping back and forcing my brain into long-term thinking, I chose to remain calm and civil. There was no direct proof that the funding was removed because of Homegrown, and the Heritage Minister assured everyone that there was no connection.

There was a collective decision made at the Festival as how to approach the issue. If it had just been myself, I might have acted differently. And so as a representative of the Festival, I self-censored my personal feelings.

The whole thing has been very confusing.  At the time I felt like we were faced with two options.  We could have spoken out against the government and the Toronto Sun and positioned ourselves as an enemy of the state.  SummerWorks might have become a national punk rock icon, and the name Michael Rubenfeld would conjure dreamy anti-establishment imagery.  Or the second option, and the one we chose, which was to stick to the facts.

It was tough on me in the short-term, but by choosing to instead focus energy on the festival rather than the government, the long-term has been fascinating, and at times, very poignant.  Our community and frequently the national press rallied around us, donating the amount of lost funding for 2011.  The support for the festival increased and there’s now this feeling of solidarity and collective ownership.  SummerWorks, in a way, has become the people’s festival.  And of course, there was the kicker: our funding was restored.

It’s also given me a perspective on the value of fact-based arguments.  Argument based on speculation, even “very likely” speculation, is like heading down a rabbit hole.  Of course, the Toronto Sun turned vague speculation into “hard facts!”, but thankfully, this whole scenario also taught me that at the end of the day, integrity sometimes means not taking the bait of fools.  The Sun got their way, and forced the government to respond to a story where nobody knew the facts.

Until the truth is revealed as fact, the truth remains very transient.  We really have no specific idea why our funding was taken away, and subsequently restored.  All speculation is ultimately only just speculation.  The government has repeated on a few occasions that it was nothing to do with Homegrown.  The letter we received stated that it had to do with the festival’s “value to Canadians”.  We responded to the facts, focusing our energies on communicating our value, and our funding was ultimately restored.  These are the facts.  No matter what I think or felt about why our funding was cut, speculation would have gotten me into a mess that I wasn’t equipped to clean up.  I run an arts festival, not an advocacy group.

And so my response to whether artists are self-censoring is yes.  As long as humans are required to get along, there will always be elements of self-censorship in the spirit of the greater good.  Or just because sometimes, choosing your battles allows you to play the long-game.

And to quote Radiohead: “Just cause you feel it, doesn’t mean its there”.

Michael Rubenfeld has been the Artistic Producer of the SummerWorks Performance Festival since 2008.  He also frequently makes his own performance, and sometimes helps other people make theirs.  He is a graduate of the National Theatre School of Canada.

View all posts by Michael Rubenfeld →