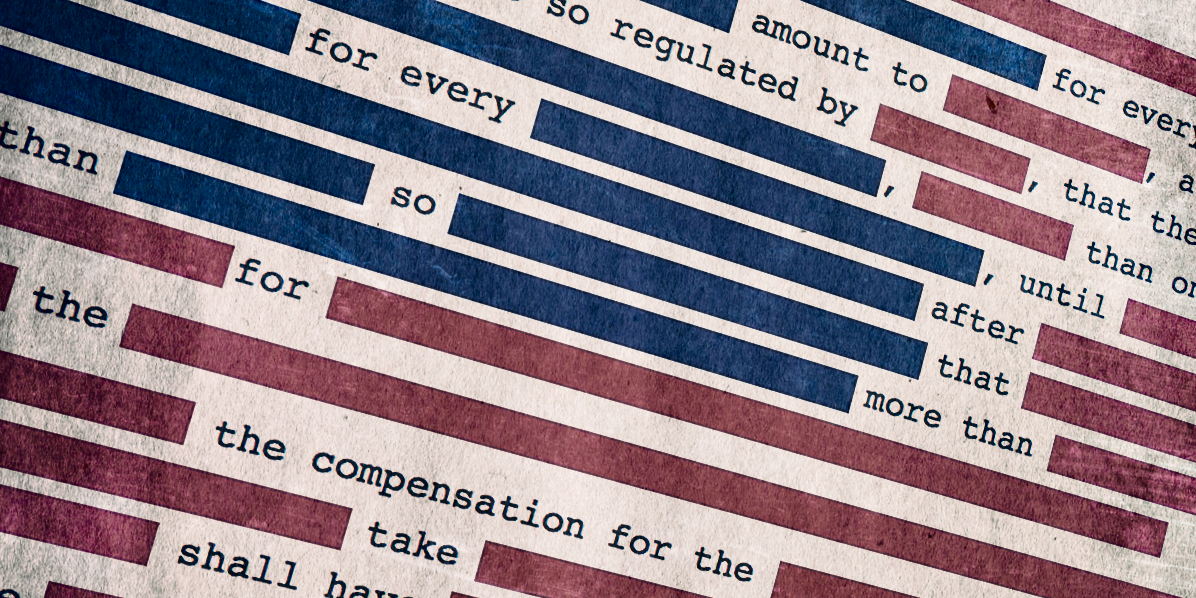 How should a government balance public safety against the right to freedom of information? How, ethically speaking, should we distinguish between the suppression of information that might aid terrorists, and the muzzling of scientists who criticize government policy? We asked Professor Margaret Somerville, author of The Ethical Imagination, to consider these situations and to explain how the apparent conflict between these rights might be resolved.

What should we do when public safety appears to clash with the right to freedom of information? What constitutes an ethical response?  One aspect of the problem makes a response relatively easy to formulate, namely, that the harms, benefits and rights all accrue to the same entity: “the public”. The conflict does not present what we call in ethics a “world of competing sorrows or harms”, where no matter which decision we take we will be inflicting harm on some person or group that is not justified by benefits to the same person or group.  But, in practice, within the public as a whole, there could be winners and losers and, ethically, that must be taken into account. What is ethical will depend on all the facts: Good facts (which can be difficult to ascertain) are essential for good ethics.

Whether the government is keeping information away from terrorists or critical science out of the public sphere, the harms and benefits are not necessarily to the same entity or person. In the former, the conflict is between protection of public health and freedom of access to scientific information. In the latter, it is between the public’s right to freedom of information and politicians wanting to avoid challenges to their decisions and actions, or bad publicity resulting from their failures. And the motives in each situation are quite different. In the former, they are to protect the public. In the latter they are primarily, at least, for the benefit of the politicians at the expense of the public and, consequently, can involve a conflict of interest on politicians’ parts: a conflict between acting in the “best interests” of the public and their own best political interests.

And the issues raised can go beyond those just those arising within a given situation. For instance, a recent change in Ontario law to restrict access to abortion information manifests a clash between pro-democracy values (pro-freedom of speech, pro-transparency, pro-accountability, and so on) and anti-democracy values (denial of these rights).

Effective January 1, 2012, section 65 the Freedom of Information and Protection of Privacy Act (FIPPA) was amended to exclude records relating to the provision of abortion services. This means individuals can no longer obtain such information.

In short, all information relating to abortion held by government institutions or departments in Ontario is now secret. We know doctors billed for over 44,000 abortions in Ontario in 2010, but, in the future, this type of information will be hidden from the public.

A right to freedom of speech is seriously curtailed if one is prevented from obtaining the facts needed to form one’s opinion. And we often speak of such restrictions, when they are imposed in non-democratic countries, as a breach of human rights. It’s also curtailed if certain data is not collected for political reasons. An employee of Statistics Canada told me several years ago that they did not collect data on the gestational age at which fetuses were aborted because politicians had given instructions not to do so.

The way in which the amendment to section 65 of FIPPA was enacted also raises issues regarding the public’s “access to information”. It was slipped in, it seems silently, as part of Bill 122, An Act to increase the financial accountability of organizations in the broader public sector, hardly a title that would alert one to its presence. The Hansard reports do not record any debate in the Ontario legislature or at the committee hearings on Bill 122 on this change.  There appear to be no media reports, which makes it unlikely most Ontarians were aware of it and could have expressed their views to their MPPs prior to its enactment.

Silence was imposed on critical scientists under previous governments, not just, as seems to be alleged in the media at present, the current one

FIPPA is meant to augment the transparency, openness and accountability of all levels of government for their decisions and actions, and our right, as Canadian citizens, to participate in democracy and democratic decision-making. My guess is that if the same approach were taken, for instance, to information on breast cancer, people would be outraged.

The Ontario government probably just wants the issue of abortion to go away and hopes that secrecy of abortion information will help to achieve that outcome. But that’s not how democracy is supposed to work.

This example leads to another common response by politicians and bureaucrats to justify keeping information from the public: the “we must not panic the public” justification. I, personally, have encountered this response in working on ethical issues associated with “mad cow disease” (Creutzfeldt-Jakob disease) and the HIV/AIDS epidemic, when each disease was a new threat on the public health scene and we had no idea of its cause, how it was transmitted, there were no treatments, and so on.

I have also had seriously distressed government scientists consult me over the years, when they believed that they had ethical obligations to disclose certain information to the public and were prohibited from doing so. In some cases, they knew from how their whistleblower colleagues had been treated what would happen to them if they did so. And there was an “imposed silence” under previous governments, not just, as seems to be alleged in the media at present, the current one.

And I have attended meetings of the United States National Security Advisory Board for Biosecurity (NSABB), whose members include scientists and security experts to provide advice on how to share, and when to hold back, the publication of research that could aid terrorists. Such research includes information on how to modify the mouse pox virus, which could be used by terrorists to alter the smallpox virus in a similar manner, so that even immunized persons would have no protection, and an article on a laboratory-created form of the H5N1 bird flu, which risks giving terrorists access to an avian flu virus.

When considering the ethics of disclosure versus non-disclosure, we must keep in mind that what is and isn’t ethical can differ at different levels of analysis. These levels are the individual (micro), institutional (meso), societal (macro), and global (mega). Something that might pass ethical muster at one level might not do so at another. For instance, respecting freedom of speech might justify disclosure of certain information at the level of individual rights, but the harm that disclosure would cause at all the other levels could make it unethical at those levels.

Although we should work from a basic presumption that openness and transparency and freedom of information are morally and ethically sound (governments and bureaucracies should keep this presumption more clearly in mind and act accordingly), that is not always the case. For instance, at the very least, we need to question whether the very openness and transparency promoted by WikiLeaks was, in fact, morally and ethically sound. And, in doing so, we should keep in mind that just because something is ethically acceptable in one situation, does not mean it is acceptable in another. A nude man at a nude beach is acceptable; a man who exposes himself to children in playgrounds is not. Both are showing the same “equipment”. But, as this example shows, context can determine the presence or absence of breaches of ethics and, indeed, criminality.

The provincial government probably just wants the abortion issue to go away and hopes secrecy will help to achieve that outcome-but that’s not how democracy is supposed to work.

Finally, we should keep in mind the impact on freedom of information and freedom of speech of the change in the nature of trust that has taken place over the last 30 or so years in Western democracies. As societies – and also as individuals – we’ve moved from a ‘blind trust’ basis (“Trust me, because I know what’s best for you and will decide for you, so you don’t need information”) to an ‘earned trust’ basis (“Trust me, because I’ll show you that I can be trusted by keeping you fully informed”).  Under an “earned trust” approach, those who don’t earn our trust will not win it, and those who have our trust can lose it if they fail to continue to earn it.

Margaret Somerville is Samuel Gale Professor of Law, Professor in the Faculty of Medicine, and the Founding Director of the Centre for Medicine, Ethics and Law at McGill University. In 2003, she became the first recipient of the Avicenna Prize for Ethics in Science awarded in by the Director General of UNESCO on the recommendation of an international jury.

View all posts by Margaret Somerville →