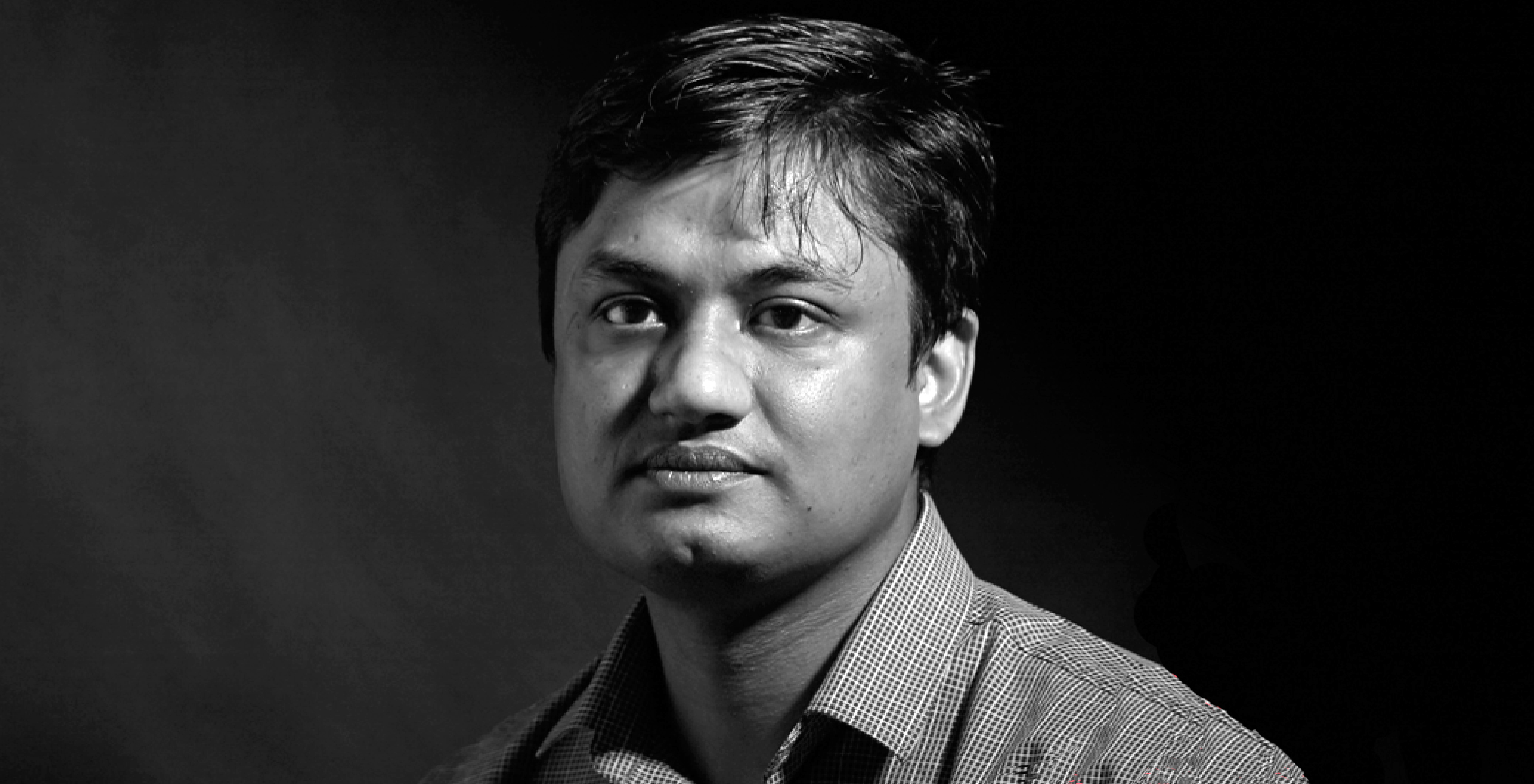 In the fall of 2019, PEN Canada collaborated with Ryerson’s Community Engaged Learning & Teaching (CELT) initiative and Literatures of Modernity graduate program in the Faculty of Arts to bring members of our Writers-in-Exile network into the classroom. Students interviewed the writers about their work and asked how their cultural and religious backgrounds had affected their freedom of expression. The students who interviewed Raihan Abir shared the following reflections on the experience.

As English students we are told that we sit in ivory towers, talking about books written by old white men. Oh. That’s what we hear when we say that we study literature. As if to say literature is not concerned with the “real world.” Just as soon as that thought enters our minds, we have an opportunity to interview Raihan Abir, someone who’s lived through extreme political oppression in Bangladesh and lived another day to write about it. Though we are fresh MA students, when faced with hard-hitting realities and a chance to talk to someone about them, we couldn’t be more keen. It may even feel like we don’t have a right to this conversation. Or, that we’re in a bubble of academia and don’t deserve access to a person who’s been through death threats and continues to risk his life. This anxiety that we’re crossing over from book club into the “real world” may be a scary one, but it’s one we’re ready to face. Had it not been for Literatures of Modernity (LitMod), we would have never had this opportunity.

Researching Abir in preparation for our interview, we formulated our questions towards engaging the world as a political activist. How does one stand up for their principles when murder can so easily follow disagreements? With this theme in mind, our group crafted some questions engaging with Abir’s political and literary work with respect to his past. Religious extremism remained a constant undertone as our questions were intent on promoting the vigilance needed to combat dangerous ideologies. As a group, we explored Abir’s politics aspiring to discover how resistance to oppression can be enacted by activists in an intolerant society. We wanted activism’s authenticity. It’s hard enough to speak about resistance in the academy, but we sought the reality of defiance in the face of death. Our course gave us the opportunity to examine the activist position, and we took this up in our interview.

The conversation with Abir explored how sometimes language divides more than it unifies. The discussion looked at how extreme religious action must be combated with extreme rhetorical action, i.e., the power of the word. An interesting point of discussion (and contention) was when we asked Abir whether it is necessary to combat extreme action with extreme language. He asserted that words themselves don’t have physical power. That is to say, they cannot do physical harm to their audience.

Abir’s point is particularly striking as one of the focal points of the LitMod course “Modernity’s Other” centres on the idea that words not only say things, but they have the power to enact action. Moreover, the assertion begs the question of whether we need to use extreme language to compensate for lack of perceived power of the word. Is using combative rhetoric, or “fighting” machetes with pens, a defensive position, or is there a point where it becomes an offensive one?

Abir explains that writing something is the easy part; protecting yourself from real danger is another story. His life may still be threatened by extremists, but his pen has yielded a huge impact. After the publication of their co-authored book Philosophy of Disbelief, several colleagues, including Abir’s friend, Avijit Roy, were viciously murdered while Abir attended a conference in Toronto. Abir considers himself one of the luckiest people he knows because he and his family were able to seek refuge in Toronto. However, his work has not stopped in Canada; Abir continues to fight using his words in honour of his colleagues. He notes that his book, which aimed to inspire Bangla-speaking readers to build a society free from religious fundamentalism and discrimination, has generated some positive change.

Now is the time to ask the question: what’s next? What actions can a Canadian readership undertake in response? Abir offered a suggestion without hesitation: the answer, he says, is education. Canada must focus on funding education, especially for young people, to build an inclusive future. As students, it is inspiring to see that institutions can, and do, enact “real” social change. And that is in the power of the written word.