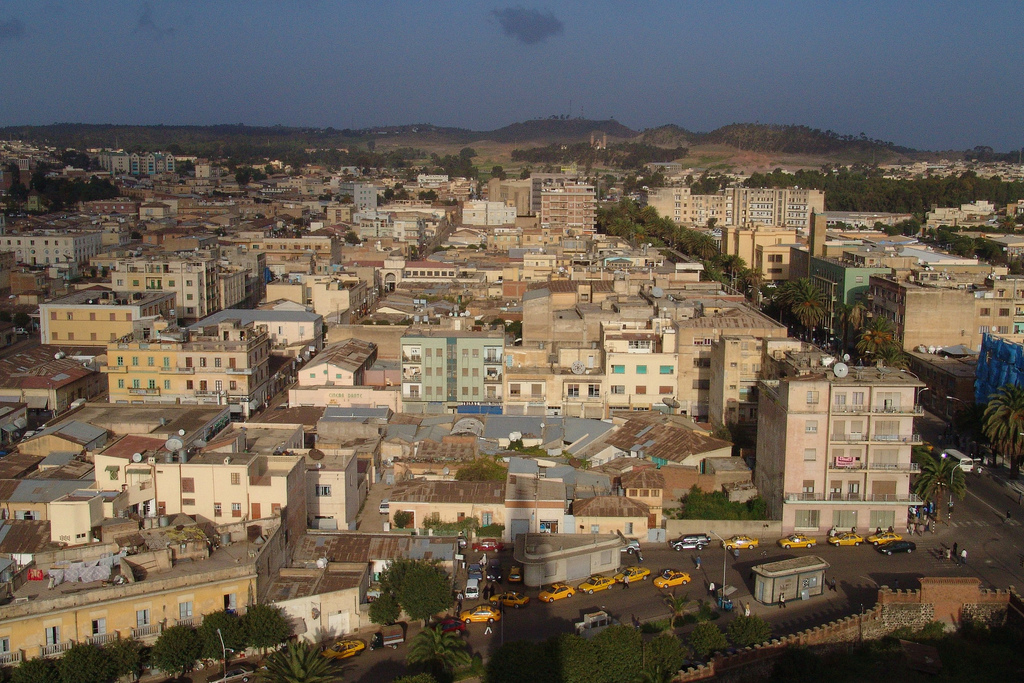 On January 6, 2015, 6 Eritrean journalists from the radio station Bana were released on bail after being imprisoned in 2009 when the government conducted a raid on journalists. Brendan de Caires interviewed Eritrean journalist and member of the PEN Writers in Exile Committee Aaron Berhane about the release and the implications for the country’s future. This piece originally appeared in the Dissident Blog.

You can’t wake up someone who pretends to be asleep

I believe the government released them for two reasons. First, to show the world that there have been improvements in the way it handles prisoners and runs the country—even though the truth is that there really haven’t been any changes at all.

The Radio Bana journalists were accused of collaborating with the opposition and leaking information to NGOs. The accusations were completely false.

First of all the journalists were arrested on the order of Ali Abdu, a former Minister of Information who defected from the government at the end of 2013. He used to be President Afewerki’s right hand man. No charges were ever brought against the journalists after they were thrown in prison in February 2009. Their radio station is governed and funded by ministry of Education, and their programs were educational. To the disappointment of the former minister of information, many people used to prefer listening to Radio Bana instead of the propaganda broadcast by his ministry. According to several sources, Ali Abdu—who controlled neither the journalists nor the contents of Radio Bana—was upset by this. So he fabricated accusations to justify their arrest.

The Radio Bana journalists were accused of collaborating with the opposition and leaking information to NGOs. The accusations were completely false. Had they been true, the government would have filed charges against the journalists. Once Ali Abdu fled the country, many Eritreans expected the release of anyone who had been arrested on his orders. Some relatives even summoned the courage to raise the issue directly with the president’s office. So the government has released the journalists to score political points at home and abroad. We shouldn’t see this as a political turning point, nor as a sign of improvement in the way the Eritrean government runs the country.

Do the releases give you hope for your friends and colleagues detained in 2001?
Actually, no. All of my colleagues detained in 2001 were doing real journalistic work that exposed the government’s wrongdoings. The main person threatened by their activities was the president himself. He knew that their readership was increasing and their influence expanding. What was good for the people was not good for him. So, It’s personal for him. That’s why he jailed them in the first place, not because of any crime. As long their cases remain personal for him, he will not grant their releases, assuming, of course, that they are still alive. President Afewerki may also be worried about what kind of explanation he would be forced to give for the seven journalists who have died in prison. He knows that the issue would stir up much more trouble for him. I wish I could say I am optimistic, but unfortunately I am not.

We have a proverb in Tigrinya that describes the nature of the Eritrean government: “You can’t wake up someone who pretends to be asleep.” The government violates the rights of Eritrean citizens, at home and abroad, in order to maintain its power.

What can human rights groups and foreign governments do to encourage Eritrea to improve its appalling record on freedom of expression?
We have a proverb in Tigrinya that describes the nature of the Eritrean government: “You can’t wake up someone who pretends to be asleep.” The government violates the rights of Eritrean citizens, at home and abroad, in order to maintain its power. It does so quite deliberately, so it doesn’t need encouragement. What it needs is to face more pressure.

Human rights groups and foreign governments should consider how they might make life more difficult for the regime. They could, for instance, impose a global travel ban on senior government officials, or block the collection of 2% tax imposed on the Eritrean diaspora all over the world. The Afewerki government is still collecting that illegal tax by circumventing the laws of other countries. The regime relies on the tax for its sustainability. If this financial support is shaken hard, President Afewerki will wake him. So human rights groups should focus on convincing the UN Security council to increase its pressure on Eritrea.

How have Eritrea’s diaspora communities interpreted the release? Do they view them as a sign of political strength, or weakness?
I believe Eritrea’s diaspora communities could interpret the release in two ways. Those who support the government may describe it as thoughtful, as the president showing merry towards “criminal” journalists. They will see it as a sign of political strength.

On the other hand, the majority will tend to see this as a sign of weakness. The regime arrested those journalist six years ago and was not able to file any charge against them, just like it has failed to charge other critics arrested before and since. The prison camps are full and the institutions are dysfunctional due to lack of skilled workers. If these trends persist, the government knows that its days are numbered. So, one could say that the government released the journalists for its own benefit.

There is speculation about President Afewerki political future—are his likely successors likely to release more journalists?
Sure. If the president is removed from power, it is likely that more journalists and political dissidents will be released. I am very optimistic about that.

Aaron Berhane is a prizewinning journalist and publisher of the Eritrean-Canadian newspaper “Meftih”.