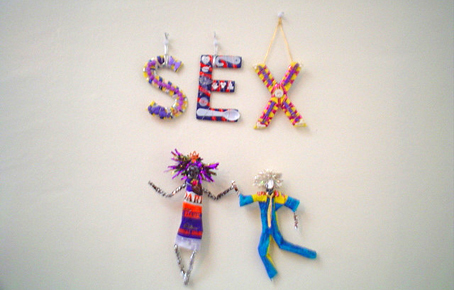 The Museum of Science and Technology in Ottawa bills Sex: a Tell-All Exhibition as an “award winning educational exhibition that answers the main questions young people have about sexuality.” Critics, including a spokesperson from the office of Canadian Heritage Minster James Moore, have disagreed stridently, calling it a prurient misuse of public funds.

We invited the National Post columnist Barbara Kay and PEN Canada Board Member Sarah Elton to share their thoughts on these questions and to clarify some of the freedom of expression issues that are at stake.

Why must we get so excited about sex?

Specifically, why must we get so hot and bothered about what has come to be known as “The Sex Exhibit” that opened last month at the Canada Museum of Science and Technology in Ottawa. What was supposed to be an exploration of the science of sex designed by the Montreal Science Centre with the help of scientists, doctors, teachers and public health educators, quickly became a controversy. Some didn’t like the vivid details and the frank tone of the displays discussing such topics as masturbation and orgasm. Then when James Moore, the Minister of Canadian Heritage, voiced his disapproval and his spokesperson called it “insulting to taxpayers,” the exhibit became a symbol for freedom of expression.

These events are a clear threat to freedom of expression in Canada. This isn’t about prudish politicians. This is about freedom. The open exchange of ideas—including those about sex—is a cornerstone of a democratic society. Similar fears of indecency have threatened free speech before in Canada, such as in the 1980s and 1990s when gay and lesbian communities fought governments that wanted to stamp out queer literature and even sex education campaigns.

We all benefit from living in a society where a sense of decency doesn’t limit what we are allowed to talk about in public.

When a publicly funded museum censors an exhibit after the minister who funds museums in Canada questions its content, it is an attack on our democracy. What we talk about in our museums—the stories we tell each other in these public forums—helps to determine who we are as a country.

The Canada Museum of Science and Technology receives most of its funding from the government, as do most other museums in Canada. It is not a stretch to believe that this could be the dawn of a content chill here, as curators in the months ahead question their decisions about which exhibits to mount and what to put in them. These kinds of cultural institutions already have enough to worry about when it comes to public funding. Considering that other publicly funded groups have lost their prime source of income for falling on the wrong side of what the government deems decent it wouldn’t be paranoid to fear budget cuts after an exhibit displeases funders—especially the big one in Ottawa.

When the minister openly denounced the exhibit and the museum censored its content, we lost a lot more than a short video about self pleasure. We lost some of the pleasure—and freedom—that comes with living in a country like Canada where freedom of expression should be for everyone to enjoy.

Sarah Elton is the author of the national bestseller Locavore. Her new book Consumed: Sustainable Food for a Finite Planet will be published next year. You can find her online at www.sarahelton.net

In On Liberty, the Ur-text for many free speech libertarians, John Stuart Mill argues that the demands of liberty and authority will always struggle, because the one cannot exist without the other. And so “some rules of conduct, therefore, must be imposed – by law in the first place, and by opinion on many things which are not fit subjects for the operation of law.”

Many of Mill’s devotees would be surprised to learn how much weight he gave to social opprobrium in matters that cause “offence” to the public. He refers to expressions that do no harm when communicated by one individual to another, but “if done publicly, are a violation of good manners and, coming thus within the category of offenses against others, may rightly be prohibited.”

By “good manners,” Mill was clearly thinking, at least in part, about community standards of decency. Which brings us to the recent controversy over “Sex: a Tell-All Exhibition” at Ottawa’s Museum of Science and Technology. When it opened on May 17, I wrote a denunciatory post on FullComment, the National Post’s opinion blog, arguing that the exhibition had nothing to do with the museum’s mandate, and shouldn’t be funded by taxpayers’ money. Heritage Minister James Moore concurred.

In the ensuing debate, as anyone familiar with our culture’s obsession with unfettered sexual freedoms could have predicted, the issue was framed as a battle between the crabbed impulses of censorial puritans and the enlightened progressivism of disinterested pedagogues. Which is why I chose the course of least resistance in adducing the argument that the exhibition did not fall within the museum’s mandate.

But in truth my deeper concern is the exhibition’s indecency, and the harm it will likely do by titillating children’s imaginations in a way that runs counter to a natural sense of personal modesty.

Here is the nub of my vexation: Private sexual activities exposed to the public gaze have de facto left the arena of education and entered the realm of voyeurism. Consider who will be attracted to such an exhibition. Consider the adult who not only takes pleasure in watching masturbation depicted on a screen, but even keener pleasure in standing beside real young people in order to observe them watching this video. Does one need a degree in curatorship to understand that such an exhibit is pandering to highly questionable elements of human nature, and to people in their thrall, the kind of people we are normally at excruciating pains to protect our children from?

Let nobody assume that critics of the exhibition are necessarily religious, although, obviously, any conventionally religious group would find deeply offensive the absence of any connection between sex and morality (beyond the usual caveats around hygiene and respect for their partner’s self-esteem) in a forum aimed at adolescents. Let us confine the dispute to secular terrain.

One exhibit on unplanned pregnancy and what to do about it urges swift abortion and no other option. Another celebrates the joys of promiscuity without mentioning its risks or well-known emotional sacrifices (particularly to women). A third exposes the viewer to 12 different kinds of sexuality, none of them heterosexual, promoting the politically correct fiction that there is no such thing as a sexual norm. These assumptions are deeply offensive to many Canadians on grounds of intellectual objectivity alone.

Museum exhibits should offer the public content that is either original, rare, precious, collectively uplifting, historically important or culturally enlightening. Not a single element in this exhibition satisfies those criteria.

The impulse behind the controversial parts of the exhibit was clearly to push information about sex, some unnecessary to transmit at all, most already being transmitted in conventional ways, to an aesthetic platform that would transmogrify neutral quotidian content into a ‘shock and awe’ context.

As a society we have become so numbed to the aggressive sexualization of culture, so cowed by our “progressive” cultural elites into the suppression of justifiable indignation — out of fear of being labelled prudish or “uptight” — that we are afraid to trust our instincts. The relentless contempt for morality-based approaches to sexuality — in our superior courts, on campuses, throughout the liberal media — has eroded confidence in the common sense that yet lurks in most ordinary people’s hearts.

The standards are there, but they are dormant. We have the freedom of speech to say we are appalled by the indecencies to which we are daily exposed, but fearing ridicule from those who have seized the cultural heights, we have lost our confidence to use it, even on our children’s behalf: further proof, if it were needed, of western civilization’s moral and aesthetic decline. I daresay John Stuart Mill would roll over in his grave if he thought that anyone would be using his thoughts on liberty to justify this exhibit on the grounds of freedom of speech.

Editor’s note: This post has been corrected to reflect the fact that the videos removed from Sex: a Tell-All Exhibition were animations that did not involve the filming of real people.

Barbara Kay is a weekly columnist for the National Post and the co-author, with Aruna Papp, of Unworthy Creature: A Punjabi Daughter’s Memoir of Honour, Shame and Love“.

View all posts by Sarah Elton →