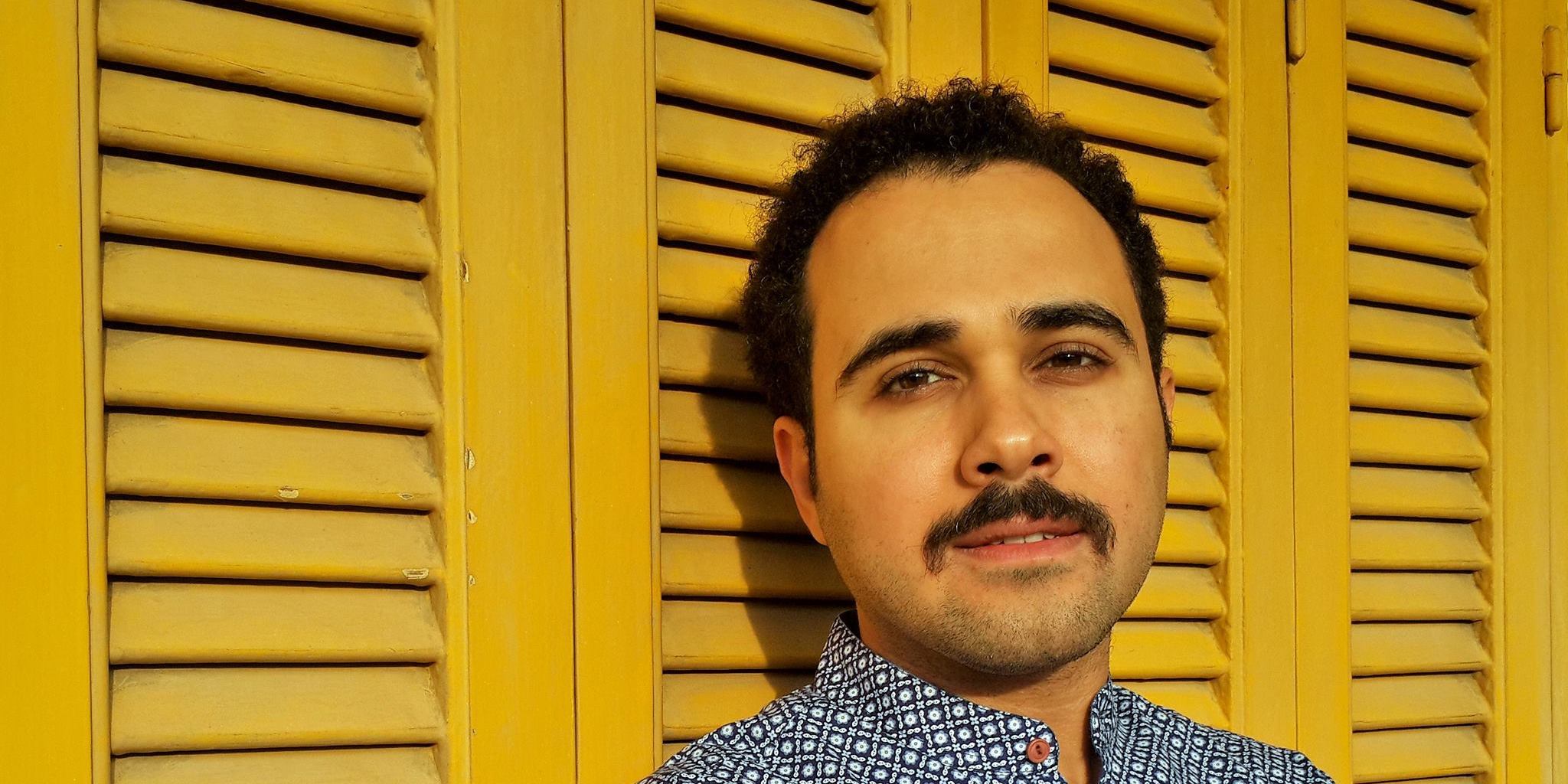 On December 25, 2016, three days after his release from prison, Egyptian Novelist Ahmed Naji published the following message on his Facebook page. This translation was provided by Samah Selim and the blog Arabic Literature (In English).

Best of good mornings to one and all.

After more than 300 days of isolation from the outside world and my beloved internet, the machine is slowly cranking up again. I’m trying to absorb what’s happening in the world around me, to feel the rhythm of the moment so that I can begin to make sense of it all. For this reason I apologize for taking so long to write.

I’m still at the beginning of this process. All the letters of love and solidarity were beyond my wildest expectations. I didn’t know anything about them the whole time I was in prison. I’m still trying to digest it all, the last ten months on the outside, and everything that you’ve done for me during those ten months. It’s simply amazing to me; someone who is not particularly social nor an enlightenment intellectual. Your outpouring of love is a source of constant wonder and I’ll need some time to absorb it. Your letters gave me the energy and the human warmth that have helped me to endure, to hang on and to move on.

I also realize that a lot of this solidarity wasn’t just about my own sorry person or Using Life but about people’s determination to live in a healthier society with a minimum of freedom of opinion and expression. It was also coming from people who are passionate about literature and who truly believe that literature can transcend national and ethnic borders. I never imagined that these people were so many, so concerned, so enthusiastic about the possibility of self-expression and about our love for literature. So thanks to all of those people I don’t know personally, because you opened my eyes to a world I supposed to be as brittle as glass when in truth it is as resilient as water.

And of course my deepest thanks go the team of lawyers who defended me: Nasser Amin, Negad Al-Borai, Khaled Ali, Yasmine Hosam al-Din, Mahmoud Othman and the entire team of the Association for Freedom of Thought and Expression, as well as all the colleagues and scholars who attended the many court hearings. I am immensely grateful for their legal work, their patience and their concerted efforts to secure the release that allowed me to write these lines.

My writer colleagues whether in Egypt or the Arab world are fighters and schemers and I’m happy to be part of this contradictory, vagabond, incongruous mosaic in the middle of the present ruins of the greater Middle East. In this age of the return of western national decadence and the absurdity of democracy, the brotherhood of writers is far-flung and tenacious. My joy at receiving the letters of love and solidarity that were personally addressed to me by my favorite writers is indescribable. Their works, as well as some I read for the first time, were the one source of pleasure available to me in prison.

The greatest surprise of all were those Egyptian politicians and MPs who actually defended the constitution that they swore to protect and who demonstrated their commitment to reversing the laws that obstruct freedom of opinion and expression, and impose stiff penalties on the press and artistic expression in clear contravention to the constitution. It’s true that their efforts are still only part of an ongoing tug of war in the arena of extra-political conflict in this doting Egypt of ours. But at least now Parliament has taken the initiative in standing up to the government and undoing criminal penalties that are meant to strip writers and publishers of their liberty. It’s a first step on a long road.

On a more personal note, I want to thank to MPs Ahmad Said and Dr. Nadia Henry for submitting just such a proposal regarding ‘crimes against public modesty’ in a way that is consistent with the constitution. I am also deeply grateful for the solidarity and support offered by a number of MPs, most particularly the MPs of the Free Egyptians Party. The solidarity and support I received from a number of extra-parliamentary political parties was yet more proof that even from the belly of the monster of inflation that is devouring us all, we are still able to think about our natural rights.

I would never have been able to endure the cockroaches, sweats, freezing cold and various humiliations of prison life without the companionship of my fellow prisoners, and most especially my comrades in cellblock 2-4 in Agriculture Prison, and comrades of all nationalities, African, Latin American and Arab in cellblock 2-1. My hope for one and all is that tomorrow will bring a more humane overhaul of the laws governing pre-trial detention such that the white prison uniforms will no longer outnumber the blue ones.

To my media and journalist colleagues: thank you for your dedicated and continuing coverage. I’m not in Cairo at the moment and I have some health issues and family responsibilities that will take up the greater part of my time in the coming days. I’ve lost my telephone line but I’ll try to get a new number as soon as possible. I have nothing else to add or comment on for the present, and my family responsibilities come first right now. I apologize for my inability to accept any invitations for interviews or statements until the machine is inspected and the engine oiled so I can catch up on what’s been happening in a universe full of happenings. Thanks for your concern and understanding.

To each and every one of my dear friends and loved ones: I hold you in the deepest core of my heart. Our nights are coming, with exuberant embraces and long nights of talk on the horizon.

Finally, the case against me is still ongoing, and there is a decisive hearing next Sunday in the Court of Cassation. Your solidarity and love are sure to get us through this last hurdle too.