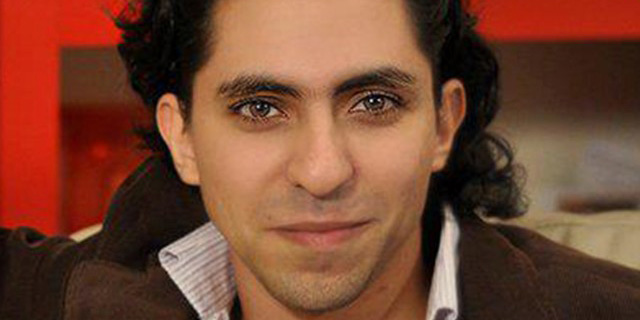 In February 2014, Ensaf Haidar, wife of detained Saudi Arabian online editor Raif Badawi, talked to PEN International about her husband’s work with the Free Saudi Liberals, his subsequent conviction and sentence, and her experience since his arrest. This interview was originally published by PEN International.

Click here for more information on Raif Badawi’s case and how you can get involved.

A Q&A with Ensaf Haidar

Saudi Arabian blogger and editor of a liberal website, Raif Badawi, was arrested  on June 17, 2012 in Jeddah.  Over a year later, in July 2013, Badawi  was convicted under Saudi Arabia’s anti-cybercrime law and sentenced to 600 lashes and seven years and three months in prison. He was found guilty of “insulting Islam,” “founding a liberal website” and “adopting liberal thought.” He was also convicted of “insulting religious symbols” and criticizing the religious police and officials calling for gender segregation in the Shura Council. The online forum, Liberal Saudi Network – created to foster political and social debate in Saudi Arabia – was ordered closed by the judge.

In December the Saudi Court of Appeal overturned Badawi’s conviction and sentence, and ordered a review of the case.  On December 25, 2013, a judge recommended that Badawi be referred to the General Court on charges of “apostasy” – a capital crime in Saudi Arabia.

PEN International spoke with Badawi’s wife, Ensaf Haidar, regarding her husband’s case and her family’s experience since his arrest.

I consider Raif’s trial an inquisition, just like those in Europe’s Dark Ages. To kill a person just for their opinion, that is the real crime.

PI: Why did Raif  set up Free Saudi Liberals?

EH: For Raif, liberalism is an intellectual project, which aspired to achieve official status, represent Saudi liberals on the ground, and fight injustice wherever it exists. This was the idea in 2008 when Raif first set up the Free Saudi Liberals website as a platform for this project to take shape.

PI: What were the aims and objectives of the ‘day of liberalism’ conference that Raif was organizing? Why was it important to him?

EH: The idea for the ‘day of liberalism’ conference came from the belief, held by Raif and by Saudi liberals specifically, as well as others in the Gulf more generally, that there was a need for our voice to be heard in the international and local communities. It also accused the opponents of liberals of distorting the image of liberalism by claiming that this thought leads to degeneration, vice and so on.

May 7  was chosen as ‘the day of liberalism’– it was the bomb that began the war against Raif as an individual, launched by the authorities and the official religious establishment.

PI: What happened when he was arrested?  How did you find out?

EH: I was not with Raif in Saudi at the time; I had left for Lebanon after the threats against Raif increased. I went to Lebanon with the children, for the sake of our safety and until Raif could somehow solve the problem of his travel ban. He was put on a travel ban at the end of 2008, after he had returned to Saudi from the UK.

The news of his arrest was shocking. I was full of questions, especially since I wasn’t with him at the time.

I believe there is a will for freedom in the country that will not be deterred.  When Raif heard the judge tell him ‘we will kill you’, he responded with a wide smile and the victory sign.

PI: Had he received any threats or warning for any of his activity online prior to setting up the website?

EH: Raif received several threats from extremists in 2008, and the threats increased after the extremist cleric, Abdul Rahman al-Barrak issued a fatwa that branded him an infidel and an apostate.

PI: How did you find out that Raif may face apostasy charges in court? What were your reactions? What are the legal next steps? Are you in contact with his lawyer?

EH: I am in regular contact with his lawyer, and that is how I found out. We are currently waiting for the Court of Appeal to make a decision on his case. [The appeal was denied.]  I consider Raif’s trial an inquisition, just like those that took place during Europe’s Dark Ages. To kill a person just for their opinion, that is the real crime.

PI: Has Raif been able to have any family visits since his arrest?

EH: Raif’s family has not been allowed to visit him; in fact his sister was prevented from visiting him on a number of occasions.

PI: How is his health?  Do you know if he has been tortured or suffered ill-treatment?

EH: Raif’s health has deteriorated; he developed diabetes when he was first arrested, and he has faced heart problems. He also suffers from unsanitary detention conditions and malnutrition, but I have not heard anything about him being subjected to torture or anything of the sort.

Despite all of this, his morale is very high and he is not broken.

The route to freedom requires sacrifices.

PI: How has your life changed since Raif’s arrest?

EH: My life has changed 180 degrees, it is enough to say that overnight I became both mother and father to my children, and I live in a daily nightmare of questions from my children about Raif.

The biggest change in my life has been Raif’s absence.

PI: Have you received threats from the Saudi Arabian authorities before/after leaving?

EH: Yes of course, I have been threatened in different ways. I received a court verdict that would force me and Raif to separate, on the basis of him being an Apostate. I also received threats from the Saudi embassy in Lebanon that they would kidnap my children and forcibly return them to Saudi Arabia. This was just before I arrived in Canada, where I now reside permanently.

PI: Did you, or Raif ever imagine the magnitude of the government’s reaction to the website?

EH: I did not expect the reaction of the Saudi authorities, nor that it would cause this crisis for Raif. But of course, the route to freedom requires sacrifices.

PI: Do you believe the sentences handed down to Raif and other Saudi prisoners of conscience will work deter or frighten others from engaging in similar activism?

EH: No, not at all. I believe there is a will for freedom in the country that will not be deterred.  When Raif heard the judge tell him ‘we will kill you’, he responded with a wide smile and the victory sign.

I beg you to return to me, just as you promised you would. I don’t want anything more than that.

PI: What do you hope for the future of freedom of expression in Saudi Arabia? Do you know of any other detained writers/bloggers/editors there?

EH: I wish that one day there will be real freedom, a constitution, a parliament, and absolute freedom. There are too many prisoners of conscience, for example there is Dr. Mohamad al-Qahtani and many others.

PI: If you could send a message to Raif, what would it be?

EH: I want to tell him “I am so proud of you, and this pride makes me frightened for you. I beg you to return to me, just as you promised you would. I don’t want anything more than that.”

PI: As you know – PEN members around the world have been campaigning for Raif’s release – including in Canada.  What do you think would be the most effective steps they could take to pressure the Saudi authorities to release Raif? Do you have a message for them?

EH: My message to solidarity movements that have stood with Raif and informed others of his situation is “I used to believe it was a fantasy for a person to stand in support of another person regardless of geographical, racial, religious, linguistic and other differences, but what you have done for Raif’s case has taught me that I knew nothing about humanity. You are the noble ones and I owe you a great thanks.”