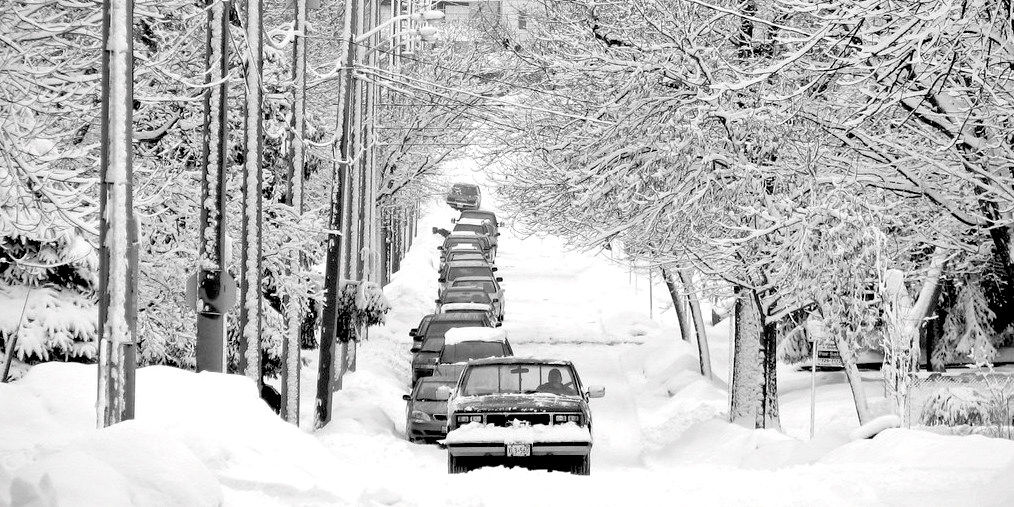 Kindness is contagious in Canada

The weather in Canada was unfamiliar to me. I came to Toronto from Ethiopia, where the weather is predictable and the sun shines almost throughout the year.

When I arrived in the fall, people frequently said, “You poor guy, it is your first winter? Oh my God, you need to get good boots and a jacket.” So many people said this, I was petrified of winter. The more people warned me, “Winter is coming, what are you going to do?” the more nervous I became. It was as if a monster was coming, one which I had never heard of or seen.

Then, one December morning, when I tried to open the door, something was blocking it, when I pushed harder I couldn’t believe what I saw. Mother Earth had been covered with a big white blanket. I touched it and tried to smell it. It looked like white sugar, but the snow was much more lively and charming, it was gentle and delicate. It was love at first sight and there was nothing to be afraid of.

As my body adapted to the cold, I felt tranquil watching the snow majestically fall down and pile up on the ground. Just looking at it made me happy. Of course, watching it from the inside of a comfortable house makes me feel even better. I’ve learned I have to shovel it right away, when it is light and easy and before the snow can transform itself into something like cement making it very difficult, if not impossible, to clear. I like shovelling. Even when I fell down a few times, I just laugh. The snow is like a good friend that makes you laugh.

I had an opportunity to visit Ottawa and everyone I met confirmed that Ottawa is colder than Toronto. At last, I thought, I will witness a real Canadian winter. Indeed, it was cold (-24) when I visited the Parliament buildings and walked down Wellington Street. I survived, but thought, “Was that it?”

I’ve since heard that Montreal is often colder, others say Saskatchewan is the coldest spot. Still, others tell me that if I want to test myself in coldest place in Canada, I need to go to Winnipeg.

“Canada is a cold country, but the people have warm hearts,” Caroline, one of my first Canadian friends, said. And it didn’t take me long to figure out what she meant by “warm hearts.” In fact, I am a living witness to warm hearts.

When I arrived, I was worried about where to stay and how to start a new life. I was a total stranger to Caroline, but she hosted me for more than a year and considered me as one of her family members. She took me to Niagara Falls. I had read that Niagara Falls is one of the wonders of the world, but when I stood near the power of the falling water, it felt more like magic than a natural wonder.

I discovered that kindness is contagious in Canada. My new Canadian friends have given me their time and tried to genuinely understand me and my challenges as a newcomer to this country. When Caroline’s neighbours heard about me, they bought me a winter jacket, socks and boots. I still remember their caring eyes and the heartfelt feeling when shopping for the clothes in Toronto.

I have been invited to Thanksgiving dinner, Christmas carolling, the neighbourhood pumpkin parade and hockey games. I’ve watched ski races and horse-riding lessons. I’ve even been to Canada Blooms, the country’s largest garden and flower show in Toronto. I was invited to one family’s Easter lunch.

One new friend typed up my resume in the Canadian style, distributed it in her workplace, found me a volunteer job, became my reference and helped me to get a paid internship. When my workplace learned that I was moving to a new apartment, they bought me a bed and bunk beds for my two sons, as now my wife and children will be coming to Canada as working residents. My co-workers came to my new flat and assembled the IKEA furniture. I was speechless.

But it’s not just me. Such a penchant for kindness must be hereditary as Canadians have helped generations of refugees. This is, I presume, what distinguishes Canada from the rest of the world.

By now, I have spent two winters in Canada. I still haven’t made it to Winnipeg, but I wish one day to travel there and see how cold it gets. I am still waiting for my family to join me and I tell them not to worry so much about the snow and the cold.

The weather doesn’t scare me any more. Winter, spring, summer, fall: It is special to have four distinct seasons.

I’ve learned a lot more about Canadians, not in theory, but in practice. I see clearly what Caroline meant by “warm hearts.” The support and kindness I received from my sponsors and their friends has made a deep impact on me. I feel responsible and am keen to pay it forward.

Solomon Hailemariam is the former president of PEN Ethiopia and a PEN Canada Writer-in-Exile living in Toronto with his family. This essay is dedicated to Lisa Clarkson, Gordie Firth, Henry and Lucy.