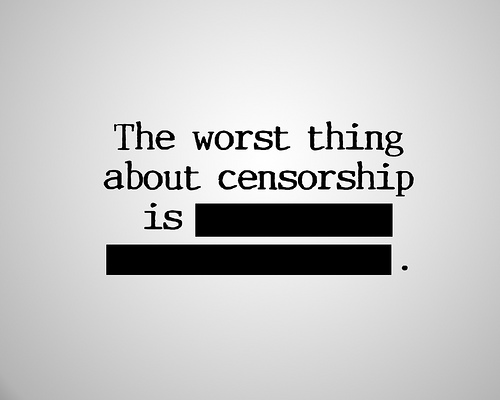 PEN’s Charter describes the free criticism of governments, administrations and institutions as  “imperative” in the “advance of the world towards a more highly organised political and economic order.” The Charter urges writers to defend the “unhampered transmission of thought within each nation” and to “oppose any form of suppression of freedom of expression in the country and community to which they belong.”

Few Canadians have a better sense of what these phrases mean than writers who have fled other countries to make Canada their home. We invited Marina Nemat, a member of our Writers in Exile Committee and bestselling author of Prisoner of Tehran, and Luis Nájera, member of our Writers in Exile Network and a journalist who worked for El Diario in Ciudad Juarez, to consider the state of freedom of expression in Canada.

“Uncomfortable” truths are part of democracy

When I read about how free expression is slowly being restricted in Canada, I often recall my time as a young journalist, constantly facing censorship and a lack of government transparency. I became a reporter in Mexico back in 1989, when access to public information was quite a challenge and press freedom was constantly limited by the government.

In 1989 no public entity had legal obligations to provide any type of information to anyone. The only way an investigative reporter could get useful facts was through a whistleblower, a reliable source within the government, or from public annual reports. Once obtained, processed and written into a story, this material still faced another barrier before the community could decide whether this particular piece of data, report or bill really mattered – this barrier was censorship.

In 1989, the Partido Revolucionario Institucional (PRI) held absolute control of the government, all the way from the Presidency down to the Municipal level. Its near monopoly of power and public funding allowed politicians to censor journalists or media companies who published “uncomfortable” stories –  usually those associated with corruption or abuses.

A common form of censorship was the withdrawal of official advertising –  a major source of income for media companies – followed by some sort of discrimination in the way information was shared or access granted to government events and interviews with public officials.  For media owners and editors, one way around this problem was self-censorship, the avoidance of stories that might prove “offensive” or “awkward” for politicians.

As a novice reporter, I remember several of my stories failing to appear in the paper, despite being properly investigated and written, simply because they were politically sensitive.

Fortunately, a different party came to power in the 2000 general elections. On July 12, 2002 a new federal law allowed journalists and citizens to request data about any operation, contract or payment made with public funds. A new era had begun. Not long afterwards, a huge scandal broke out when a newspaper published an expense report from the President’s official residence showing a charge of $500 CAD for a single bath towel.

As a novice reporter, I remember several of my stories failing to appear in the paper because they were politically sensitive.

Mexico’s longstanding culture of direct censorship and a lack of transparency has changed, slowly. It is now relatively easy for  journalists to obtain official data and investigate public matters and, in a general sense, there is no direct censorship by the federal government against media under the current Partido Acción Nacional (PAN) administration. Even so, it would hardly be true to say that freedom of expression in Mexico lives up to the ideals of our constitution. We still have a long way to go.

I came to Canada in 2008, fleeing attacks on the press by organized crime and corrupt officials. As a journalist from a developing country, I expected to find a place with robust freedom of expression and no government interference, at any level, with respect to access to information.

Instead, as the Canadian Journalists for Free Expression´s Review of Free Expression in Canada 2011-2012 points out, I found a country in which “Access to information at the federal level continues to be marred by secrecy and delays”, where “the government is largely continuing its stonewalling tactics in hopes that journalists and other interested parties will simply give up and move on to something else.” Conversely, the Canadian government seems to have a growing interest in freeing itself of legal restrictions as it gathers private and personal information on citizens from the internet.

Because I have been here before, I worry for my new homeland. I deeply hope that Canadians never have to live through a future as restricted, in terms of freedom of expression, as Mexico’s recent past.

Luis Horacio Nájera is the 2011/12 Scotiabank/CJFE Journalism Fellow at Massey College and a  Research Fellow at Citizen Lab, The Canada Centre for Global Security Studies at the Munk School of Global Affairs, University of Toronto.

Why have democracy, if we don’t use it?

Freedom is like water in the palms of your hands; take your eyes off it, even for a little while, and it drips through your fingers, leaving nothing but thirst.

I discovered the hard way that one of the most valuable freedoms is freedom of expression. In a way, all other freedoms depend on it. If we cannot speak out, we can be stripped of every right, and left unable to do much about it. We can drown in silence.

These days, bills that threaten our democracy and freedoms in Canada are being put through the House of Commons as if on a conveyer belt in a mass production factory. But is this only the fault of our current government? No, I’m afraid it is not. Our Prime Minister did not come into power through a coup d’etat; Canadians voted for him. Please don’t feel offended by my words if you didn’t vote for Conservatives; in a way, you might be almost as responsible for what’s going on as the ones who did.

I was born and raised in Iran, and, after the success of the Islamic revolution of 1979, I was arrested in 1982 at the age of 16 and spent two years, two months, and 12 days in Evin prison for criticizing the regime. There were and still are thousands of political prisoners in Iranian prisons; for the past 33 years not much has changed in the country of my birth. The Islamic revolution of Iran promised freedom and democracy, but it never delivered. Our democracy died before it was even born. This is the reason why I cannot take my eyes off our democracy in Canada and the freedoms we have enjoyed as a result of it.

The way I see freedom of expression is inevitably tied to my experiences in Iran.  When I was released from prison, only days before my nineteenth birthday, after having been tortured and raped, I soon realized that Iran itself had become a large prison. No one, not even my parents, dared ask me about what had happened to me during my incarceration.  According to a Persian saying, the wall has mice, and mice have ears. If someone heard us speaking about the prison, we could all be arrested. Not many people had the courage to speak about the atrocities that were being committed in my country in the name of God, religion, and national security.


Our democracy died before it was even born, that is why I cannot take my eyes off the democracy and freedoms we enjoy in Canada

Iran was at war with Iraq at the time, and anyone who questioned the policies of the regime would be branded as a spy, traitor, and an enemy of the state. In addition, my parents didn’t want to hurt my feelings by making me think about the past. No one wanted to open up old wounds, not realizing that some wounds continue to bleed until they are opened, dealt with, and cleaned. The fear of torture and facing a horrible death silenced us and forced us to censor ourselves. This terrible fear turned neighbor against neighbor and allowed the reign of terror to continue.

When my family and I arrived in Canada in 1991, I continued to carry my luggage of fear and self-censorship for many years until I gradually discovered that things worked differently here. It seemed like Canada, as a democracy and a country that has a remarkable Charter of Rights and Freedoms, allowed people to speak out without fear of consequence. Canada gave my voice back to me, helped me gain back my confidence, tell my story, and bear witness. I am proud to be Canadian, and when I sing “Oh Canada,” I know with all my heart that I need to guard its democracy, because if I don’t, my adoptive beloved country would cease to be what made me proud in the first place.

I give an average of 4 talks a week, and during them I always ask the audience if they know anything about specific bills that are being put through the House of Commons, for example recently, bills C-10, C-31, and C-38. In response, I usually get a blank look from 99% of those present. Most Canadians have no clue what these bills are. Then I ask the audience why we have democracy if we don’t use it.

Democracy is very expensive to maintain. If we had a Supreme Leader like North Korea or Iran, we could blame everything on him, but, in our case, we only have ourselves to blame because we have been careless with our rights and freedoms and are losing them at an alarming rate. We, as Canadians, are responsible for the actions of our government, whether we like it or not. When was the last time you actually got involved with the maintenance of democracy in this country? When was the last time you questioned your MP about a bill or wrote an op-ed or a letter to the editor about government policies that have worried you?

Please speak out and get involved before it’s too late. Without public responsibility, democracy dies a quick and painful death.

Marina Nemat is the author of the international bestselling memoir The Prisoner of Tehran.

View all posts by Luis Najera →