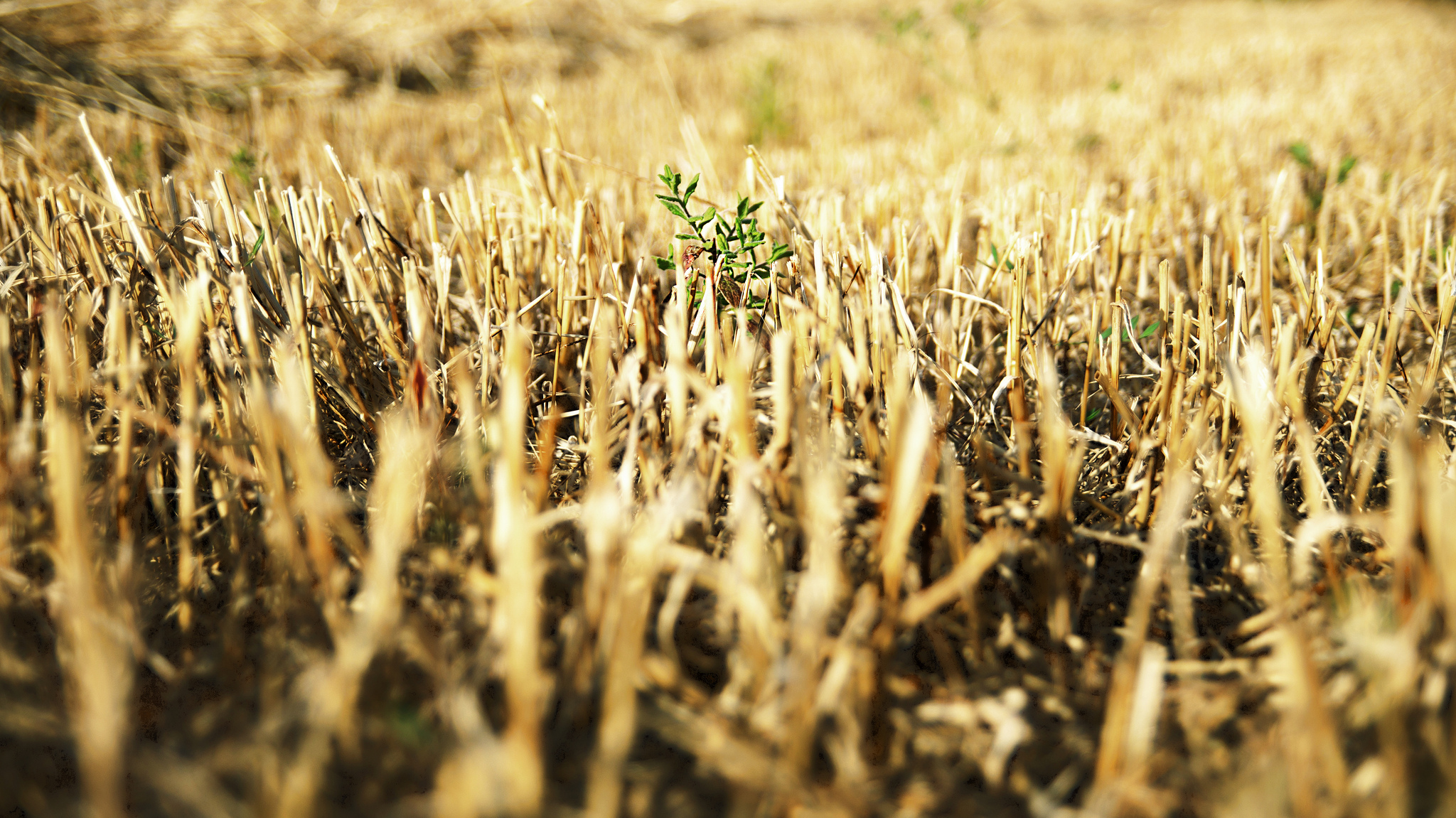 Martha Kumsa came to Canada in 1991. As a journalist from Ethiopia, she had been held in prison under atrocious conditions for nine years and eight months before being released in 1989 with the help of PEN Canada. The following piece appeared in PEN Canada’s Fall 1998 newsletter.

Revolution eats her own children

I was born into an Oromo Protestant family in Ethiopia. Being an Oromo under minority ethnic group domination meant sitting in a numeric majority, but inhabiting a marginalized minority status. Belonging to a Protestant group in a theocratic Orthodox state marked one for religious persecution. Being an Oromo and a Protestant was a double being. Being both these and a woman weaves an even more complex pattern. Yes, Ethiopia is a land of diversity and complexity. But the beauty of her lofty mountains conceals centuries of repression. Her gorgeous deep valleys shroud histories of resistance. The roars of her bountiful rivers drown the rich voices of difference. And the thick jungles veil the myriad faces of her diverse peoples.

I took the spirit of defiance from my people. In my childish gibberish, I told Granny I would kill her asthma. Why should she suffer? As a student, I chanted “Land to the tiller!” and “Bread for the hungry!” at the top of my voice. Why should people cry red tears? Things must change. I defied police tear gas and clubs with the enthusiasm and courage youth afforded me. There is only so much people can take. And they rose up in arms. Revolution was not only in the air I breathed, it was also in the heart of my heart. But people warned: revolution eats her own children.

For me, writing did not happen in a vacuum. Nor did it come to me through years of institutional training.

Separation. Betrayal. Torture. Cruelty. I raged at humanity in the abstract.

It was born and evolved through the struggle to reclaim submerged Oromo voices. I was moulded into a writer through my people’s struggle to break centuries of enveloping silence. But breaking that silence meant breaking entrenched systems of oppression. It meant reclaiming and rewriting stolen and distorted history. The ups and the downs, the inspiring and the disheartening moments all impinged on my mind. My earliest journey as a writer was both empowered and imperilled in the Ethiopian crucible.

Journalism created a space for resistance. The same historical and political situations that moulded me into a journalist also created a responsive audience. That was a historical moment when the message caught fire instantly and spread like wildfire. People responded with brimming enthusiasm. That was also when the country’s journalism itself went through a transformation. It was recreated and made to carry the people’s voice. This was perceived as a space captured from the state, whose interest in journalism had served up until that time. The threatened military regime closed it down with one violent strike. The journey led me through perilous shadows of death in prison. I stared death squarely in the eye. And I watched revolution eat up her own children, dragging them out from my left and from my right. I must have been an illegitimate child, for she passed over me.

Separation. Betrayal. Torture. Cruelty. I raged at humanity in the abstract. I cursed and I blessed all in the same vein. But, ironically, prison created yet another space for resistance through writing. Hidden from the world which was hidden from me, I scribbled away to vent and to keep sane, to reach out to keep in touch. I let the spirit go free even as the body was caught in that frozen moment of painful history. The soul took on wings as the body was left to rot in the damp prison cells. Writing became both a friend and a foe. It was both therapy and pain, the wound and the healing. It signalled simultaneous death and life, danger and promise, despair and hope. When  help came at the lowest point of my perilous life, it restored my faith in humanity. Once again, I began to hope. And my journey took dramatic twists and turns until it brought me to Canada.

I came filled with the hope of continuing the struggle of my people, now from a firmer ground. Didn’t people believe in me when they reached out for me? Didn’t they see my worth when they pulled me right out of the monster’s jaws? Didn’t they see that I had a just cause? They will listen to Oromo stories. I am a writer. I will write. I will tell the world about my people’s predicament. But people have their own problems here. I was hurled into a society with its own sets of issues, meanings, and norms. A totally different dynamic. I kept projecting Oromo, Oromo. But alas! The Canadian mirror kept reflecting back black, black. What? Am I Black?

There is something comforting about being a writer in exile. It means the the worst is over and behind me. It also means that although the better is not yet, it will soon be here. There is something transient about it. There is an end in sight. It feels like a comfortable temporary space where I can rest my weary soul to catch my breath or just look back and see how far I have come.

Granny used to tell me Black was Waaq (God). She compared black with red which is the present, the living fire, the blood roaring through the veins. And with white which is the past, the ancestors, the remains of human beings, the bones, the skull, the teeth, and the remains of fire, the ashes. Black, she said is the future, the soul, the spirit, Waaq, the pitch black night, the unknown, the unknowable. So, I began to learn to be Black. Instead of a writer or an Oromo, I came to be known as a Black writer or a writer in exile. There is something comforting about being a writer in exile. It means the worst is over and behind me. It also means that although the better is not yet, it will soon be here. There is something transient about it. There is an end in sight. It feels like a comfortable temporary space where I can rest my weary soul to catch my breath or just look back and see how far I have come. A writer in exile. But there is something uncomfortable about being a Black writer. There is some tone of finality to it.

People tell me that Blacks reclaim Blackness as an identity, a space to recreate themselves. So I embrace it. I am Black after all! But I look around to see where Black writers are. The place they are assigned. I don’t want to be there. That Black is not Granny’s image of God. To me that Black is like a gaping vortex that threatens to draw me in – an endless pit where no one comes back. No! I don’t want to be there. I am a writer. Period.

Dilemma. I am trapped in a paralysis. It feels like a prison. People can construct metal bars to isolate the bad from the good. People can also construct mental bars to isolate. Black separates me from the “good” writers. And the writer in me wilts like a neglected plant. My stories get fragmented. My issues become irrelevant. I become irrelevant. What do I write about? Who cares about what I write? More hurts and pains.

When there was a crackdown on writers and journalists in Ethiopia, I pleaded with journalists here to at least publicize the issue. Journalists were being imprisoned and executed. I begged them on my bent knees. Some responded to my cries. PEN has even adopted a jailed Oromo writer, Moti Biyya as an honorary member. Friends still share my unending tales of woe. They still share my grief and wipe my tears. I cannot imagine getting this far if I was alone.

But the human spirit that refused to be broken behind the metal bars is again refusing to be broken behind the mental bars. The spirit resists categorization. And the writer self straggles on. Yes, with a limp from the visible and invisible chains, but all the same, moving forward. I am even going to school at this late age to raise my worth as an individual. But my writer self is not just an individual self. It is also a collective self born through the resistance of my people. When youth are dragged out and killed, I suffer the pain. When journalists are thrown in jail, once again, I relive the pain of separation, betrayal and torture. When my baby brother was riddled with bullets, it hit so close to home. It tore my heart. How can I not hurt? Am I not a collective self too? How can I not suffer when my likes are in pain? I dread news from Ethiopia. Telephone calls, mail and email boxes are filled with stories of terror. They spell death. It wears me down. I carry soft and open wounds deep in the thousand folds and wrinkles of my weary soul.

But thank goodness I am not alone. My venting should not mislead my friends. According to Granny, people vent only to those they trust and love. And yes, I trust because people trusted me and reached out for me. Love is what developed out of trust. So I vented. Some of those who have reached out for me are still with me. I still feel I owe my life to them, and to the goodness in humanity. When there was a crackdown on writers and journalists in Ethiopia, I pleaded with journalists here to at least publicize the issue. Journalists were being imprisoned and executed. I begged them on my bent knees. Some responded to my cries. PEN has even adopted a jailed Oromo writer, Moti Biyya as an honorary member. Friends still share my unending tales of woe. They still share my grief and wipe my tears. I cannot imagine getting this far if I was alone. Yes, my journey has been both empowered and imperiled by the people around me.

View all posts by Martha Kumsa →