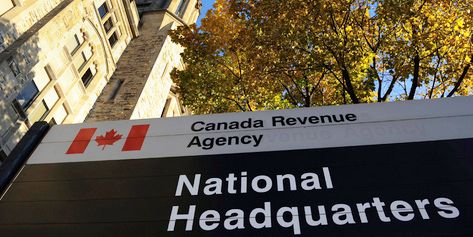 The following is a summary and analysis of the freedom of expression concerns raised by the Canadian Revenue Agency’s recent caution to the publishers of Canadian Mennonite Magazine for publishing “editorials and/or articles that appear to promote opposition to a political party, or to candidates for public office.”  This document was prepared by PEN Canada’s National Affairs committee.

On July 23, 2012, Dick Benner, editor and publisher of Canadian Mennonite magazine, which has a circulation of 14,000, received a letter from Canada Revenue Agency stating that Canadian Mennonite Publishing Service was in danger of having its charitable status revoked because certain articles it had published were considered to be “partisan” in nature. The initial letter did not specify which articles. When Benner called for an explanation, he was told that there were six pieces in total that were considered to be partisan.

Two of these pieces were editorials. The following paragraphs, from a post by Carl DeGurse, vice-chair of the Board of Directors of Canadian Mennonite, offer more detail:

[The first was] An editorial by Benner called readers to “Vote your Core Beliefs” (April 18, 2011). “While we won’t endorse candidates of the five political parties in the upcoming election, or tell you how to vote, we do ask you as Mennonite voters to both examine the political views and voting records of candidates regarding our deeply held core beliefs in peace-making, compassion for the poor and care for creation before placing your ballot in the ballot box.”

In another editorial, titled “A Political Lament” (May 16, 2011), Benner wrote that he was “intrigued and saddened by two political events of the past ten days in two North American countries—the take-out of Osama bin Laden by the U.S. military and the take-over by a militaristic Conservative majority government in Monday’s election in Canada.”

It’s perhaps worth noting that Canadian Mennonite has recently published at least two other pieces that were highly critical of Toews, including one, reprinted from the Winnipeg Free Press, that suggested he was a hypocrite for opposing the entry into Canada of a shipload of persecuted Tamil refugees in 2010 when his own ancestors were persecuted Mennonite refugees from Russia.

About the four other articles, Gruending writes:

The offending articles cited by the CRA were published in the magazine’s Young Voices section and included a story on the church’s concerns about the federal omnibus crime bill. Another dwelt on how the death of NDP leader Jack Layton inspired some young Mennonites to get involved in politics. A third talked about Mennonite youth urging the federal government to spend less money on war by (symbolically) sending paper airplanes to Ottawa.

Although Benner received the letter of warning from CRA on July 23, he chose not to make it public until he had had a chance to discuss it at a general meeting in October. Benner wrote:

Rather than feeling the freedom to represent my church in its witness, I now feel constrained to couch my voice in non-critical terms for fear of losing charitable status that favours us with certain financial advantages, namely giving individual donors tax credit for their gifts and enabling us to enjoy a funding relationship with our Publishing Partners (area churches and Mennonite Church Canada). I thus feel boxed in and disheartened in my work.

The letter the CRA sent may be read, at the end of the recent CBC article on this issue.

Canadian Mennonite is not in favor of any one political party. They are in opposition to certain positions that the Conservative Party happen to hold…For the CRA, that’s enough to be considered partisan. In fact, CRA does not appear to distinguish between political and partisan at all

Why does the CRA consider Canadian Mennonite worthy of a warning?

It is inconceivable that CRA can believe six articles out of 720 published annually could constitute 10% of Canadian Mennonite’s resources. Therefore, CRA must consider Canadian Mennonite’s activities to be partisan.In common parlance, partisan is a term which implies blind loyalty to a particular party, even at the expense of the truth. But that is not how CRA defines it. From their  website::

” A partisan political activity is any activity that provides direct or indirect support or opposition to any political party at any time, whether during an election period or not, or to a candidate for public office.”

We find this definition of partisan to be entirely too broad. It allows for great leeway in the interpretation of ‘indirect support’, a meaningless phrase that could be theoretically applied to any situation. How many degrees of separation must exist before an action, statement, or idea is no longer considered ‘indirect support’ of something? There is no intellectually honest way to answer this. It is therefore too open to misinterpretation.

The CRA goes on to state that one example of partisan political activity is “suggesting that people should vote for a particular candidate or political party, either directly or indirectly…”

Again, the use of the word indirectly is unfair and can be interpreted too broadly. Who is to decide what is an indirect suggestion? On what basis?

Canadian Mennonite is not in favor of any one political party. They are in opposition to certain positions that the Conservative Party happen to hold. Canadian Mennonite would oppose these positions regardless of which party held them, because they go against their core beliefs. For the CRA, that’s enough to be considered partisan.

In fact, CRA does not distinguish between political and partisan at all, though at first glance they appear to. There is actually great overlap between the two definitions as they give them. As an example, it would be allowable under the 10% rule for a charity to use less than 10% of its resources in attempting “to sway public opinion on social issues”–such as the invasion of Afghanistan–but that same activity would be in violation of the partisan political rule, under which such a statement would be indirect support of any party that was opposed to the war in Afghanistan.

On the face of it, it seems that Canadian Mennonite has in fact violated the terms under which it is allowed to operate as a charity. But it is the nature of the CRA’s definition of “partisan political activity” that has created this exigence. In effect, CRA prohibits charitable organizations from discussing any politics whatsoever. This definition is entirely too broad, and stifles any political dissent, which is a necessary condition for the existence of a healthy democracy.

This situation may indicate a larger pattern involving the Harper government’s use of CRA to bully and silence its critics. This past April, David Suzuki resigned from his position at the foundation that bears his name, citing political pressure from the CRA as well as right-wing media attacks. His foundation was audited three times by the CRA, with the last one costing the Foundation over $100,000.00. Suzuki is well known for his vocal opposition to development of the Alberta Tar Sands, a cause to which the Harper government is deeply committed.

On May 7, 2012, Physicians for Global Survival, a group opposed to nuclear war, lost its charitable status after a five-year battle with the CRA. PGS had been critical of the Harper government for failing to support a strong global nuclear disarmament policy.

The Winnipeg Free Press wrote last week that the Tides Foundation, which opposes the Northern Gateway pipeline, has also been targeted for multiple audits from CRA.

The Canadian Mennonite issue could be seen as another example of an intolerant government improperly using its tax agency to intimidate and harass its opponents.

The last parliamentary budget included $8 million for the express purpose of CRA purging its rolls of charitable organizations it deemed unworthy of the status. This situation incurred the concern of Liberal Senator James Cowan, who feels that the Tory government is clearly using the CRA to attack its opponents while looking the other way when it comes to other, more Conservative-friendly charitable organizations such as The Fraser Institute, which has been variously described as right-wing, libertarian, and highly conservative.

The agency has lost no time in fulfilling their new mandate, with roughly two hundred organizations losing their status in October 2012 alone.  The vast majority of status revocations in October (taken as a sample) were for Failure to File or Voluntary Revocation.  Very few were Revocation For Cause, which comes about only after an audit, and which is presumably not limited to financial malfeasance, but may also include publishing articles on partisan politics. We can therefore assume that if Canadian Mennonite loses its status, it would be Revocation For Cause, which by CRA’s own admission is a rare event:

Based on the above, it seems that the CRA is being used to intimidate opponents of the Harper government. If this trend is not checked, it will lead to a gradual silencing of dissent, debate, and dissemination of information crucial to an informed electorate.  Our position is that the definition of partisan political activity is too broad, that it gives the CRA unwonted discretionary powers, and that we must call for that portion of the Income Tax Act that defines partisan political activity to be rewritten so that it reflects only the support of one political party over all others, instead of general political discussion.

It would be very easy for Canadian Mennonite to make this problem with CRA go away forever—all they have to do is stop publishing articles that are critical of the Harper government. It is this exigence that suggests PEN Canada has an obligation to get publicly involved in this issue.