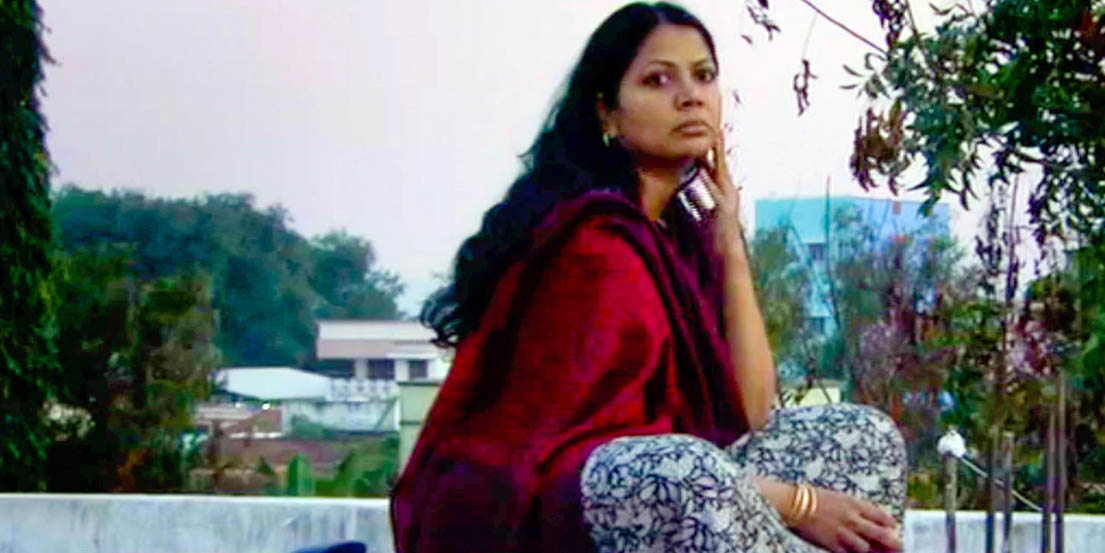 Salma and The Exhibition at the 2013 Hot Docs Festival

Art’s capacity to deliver social change is one reason why it so often provokes controversy and, occasionally, censorship. With hindsight, when we consider the history of censored works—blasphemous paintings, pornographic books—we may marvel at how something now embedded in the canon could ever have caused such outrage. But contemporary censorship is even more surprising.

Two films in this year’s Hot Docs Festival, Salma and The Exhibition, consider the silencing of two artists who endeavoured to confront and oppose the marginalization of women in their societies. Both generated controversy and faced various forms of censorship, but ultimately the outcomes of their situations were quite different. What their stories share is their determination to represent female bodies—their own and those of other women—which had undergone oppression and/or violence. The criticisms they faced and the reasons for these criticisms lie at the heart of the two documentaries.

At night while her husband slept, or by daylight sheltered in the confines of the toilet, Salma would scribble lines of poetry onto paper scraps torn from calendars

Kim Longinotto’s Salma tells the story of a Muslim Tamil woman who, at the age of thirteen, was forced to remain inside the home of her parents—and after marriage, that of her husband’s parents—for the next twenty years of her life. Far from being a uniquely cruel form of punishment, this situation is common to all the Muslim girls of Salma’s village and villages like it; once they hit puberty girls are sentenced to a life indoors, their bodies literally hidden from the world. Hidden too are their voices.

Consumed by loneliness and the demands of an unwanted marriage, Salma found her release through writing. At night while her husband slept, or by daylight sheltered in the confines of the toilet, she would scribble lines of poetry onto paper scraps torn from calendars. For safekeeping she kept her pen hidden in the box designated for sanitary napkins. Despite the threats uttered by her husband whenever he found her poems, Salma continued to write. When she had written enough poems to fill a book, she entrusted them to her mother to send to a publisher in Chennai. This was all done in utmost secrecy. The poems went on to be published as a collection and achieved almost immediate success. Miraculously, and through a series of events of which Longinotto’s film oddly enough provides few details, Salma went from oppressed housewife to leader of the village council, and now lives independently in Chennai. We are made to understand that hers is a rare feminist success story that owes everything to the power of art. As her husband at one point confesses to the camera, there was no denying that his wife had a unique gift.

In an interview with Poetry International, Salma says that her poems can be read more broadly to reflect  “the feelings and experiences of other women who exist in similar life situations.” This may seem at odds with the poems’ confessional tone, but one need only consider how very few women in situations like hers have ever openly expressed the kind of sensuality and emotional candour her poems depict. In poems like “Lake,” which likens a woman’s body to the eponymous body of water, Salma communicates the paradox of female sexuality in a society where such a thing cannot exist in public. Through language, Salma’s body and the bodies of other Muslim Tamil women are uncovered in order to make visible the pain they endure within a patriarchal culture.

The Exhibition hits harder and closer to home for Canadian viewers. Director Damon Vignale trains his lens on Vancouver’s Downtown Eastside, where dozens of women went missing in the past three decades. These women were mostly prostitutes and drug users, many of them Aboriginal, and for years their disappearances were ignored or downplayed by the police and RCMP. It wasn’t until the 2002 arrest of Robert Pickton that the mainstream public even realized the extent of the crisis, while those familiar with the Downtown Eastside were incredulous it had taken authorities so long to pay attention. Vignale’s film pieces together footage of old news clips with contemporary interviews to show the extent of society’s failure to protect its most vulnerable persons. In this respect, as a record of that tragic miscarriage of social justice, The Exhibition is an important documentary film.

Yet the missing women and the Pickton murder case are not Vignale’s primary subjects. Instead, he tells their story by focusing on a Vancouver artist who chose to make the missing women the subjects of her art. Pamela Masik’s The Forgotten consists of 69 larger than life portraits of each of the women officially declared missing from the Downtown Eastside. Painted from photos issued by the police department, many of the portraits contain smears of blood-red paint on the subjects’ faces or a deep tear in the canvas across their throats. In the film Masik explains that her intention was not so much to memorialize the women but to confront her audience with the brutal reality of how society had abandoned them. The blood-like paint and other “wounds” are meant to recreate the violence inflicted upon many of the women in real life.

Understandably, Masik’s project encountered a good deal of resistance. Several family members of the murder victims were aghast that an artist who had no personal ties to any of the missing women—and who moreover had no ties to the aboriginal community from which most of them came—would use the faces of these women as material for her art. Other critics unrelated to the victims made similar objections. The exhibition that was planned for Vancouver’s Museum of Anthropology was eventually cancelled, just weeks before its debut, and since then Masik’s portraits have remained in storage. Their first public display was in Vignale’s film.

Painted from photos issued by the police department, Masik’s portraits contain smears of blood-red paint on the subjects’ faces or a deep tear in the canvas across their throats

The challenge Masik encountered was that the female bodies she tried to put on display were not her own, and therefore she faced charges of objectifying them for personal gain. Although the gallery’s official reason for cancelling the exhibition remains unclear in the documentary, it appeared to stem from the grief of the loved ones who survived the victims, and from the fact that the portraits are violent renditions of real people who lived in the city. Vignale’s documentary suggests the decision had a hint of hypocrisy to it, or at least showed that society was still unwilling to look its victims in the eye. One reporter he interviews argues that media descriptions of the victims—who, for the most part, were discovered as traces of blood and body parts on the Pickton farm—objectified them no less than Masik’s paintings. The paintings, even if they do strike one as distasteful, oblige the viewer to gaze at and be gazed upon by complexly individual faces. Perhaps there is something to be said for this endeavour, given the public’s widespread ignorance of the lives of these women.

Salma’s poetry helped her escape from a restricted existence and, by giving people knowledge of a female body they had always tried hard to ignore, it helped other women do the same. By initially publishing anonymously, Salma more easily defied the cultural norms in place to censor her, and thereby effected real social change. Longinotto shows this by filming a friend of Salma’s, wearing a full niqab, explaining how Salma’s writing emboldened her to leave the house unaccompanied by her husband.

Pamela Masik’s art, by contrast, failed to educate society about the plight of the women on Vancouver’s Downtown Eastside because her exhibition, The Forgotten, never took place. Concerns that Masik was profiting from the dead women tainted critical responses to the paintings, and put the focus more on the artist than the artwork. Fortunately Vignale’s film rectifies this to a certain degree, by giving us a better idea of who some of these women were both in body and in mind.

View all posts by Vanessa Robinson →