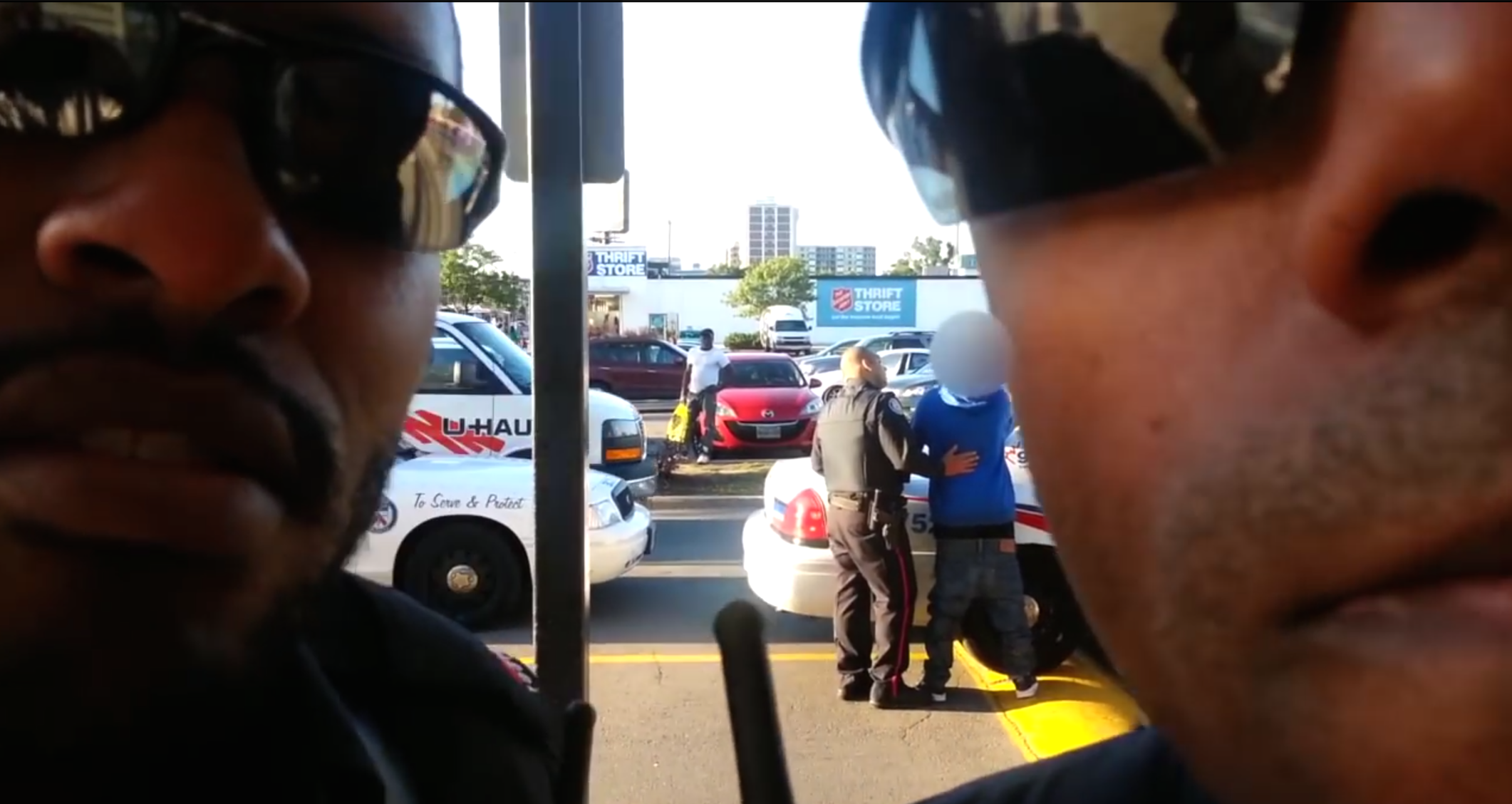 Canadians have the right, under law, to film or photograph police officers

On September 14, 2015, in the parking lot of a plaza at Jane St. and Lawrence Ave. W., Mike Miller, a private citizen, attempted to document the arrest of two youths by Toronto Police. When two more officers showed up, the arresting officer requested that they approach Miller, saying “Can you turn the camera on this guy here?” and gestured in Miller’s direction. What happened next is documented in the video that Miller shot and posted on YouTube on Oct. 27:

Although police spokesperson Meaghan Gray was quick to say that Constables Brian Smith and Shawn Gill behaved in this aggressive and intimidating manner to protect the identities of the underage arrestees in the video, the constables did not mention age as a factor in their decision to bully Mike Miller. (Gray’s comments can be found in this Toronto Star article.)

In 2013, PEN Canada published a blog post about the right of the public to photograph police officers. The post can be found here, but the most relevant passage is this:

PEN Canada calls upon law enforcement officials to recognize that photographing and filming in public places is in the public interest, and to ensure that their personnel are familiar with the laws concerning public photography/filming and photography/filming of police officers. We encourage people to continue to exercise their right to take photographs and make films in public, to photograph or film actions committed by law enforcement that may be worthy of concern, and to publish these images, secure in the knowledge that they are within their rights to do so.

Many police officers understand this. In 2010, Deputy Chief Peter Sloly told Miller that “If there is something like that going on, just whip out your camera and shoot it. Because you have the right.”

However, it seems that not all police officers have gotten this message. PEN Canada wishes to reiterate:

It is not a crime in Canada for anyone to photograph a uniformed police officer, as long as the photographer does not obstruct or interfere with the execution of their duties; and it is a violation of their Charter rights to prevent anyone from doing so.