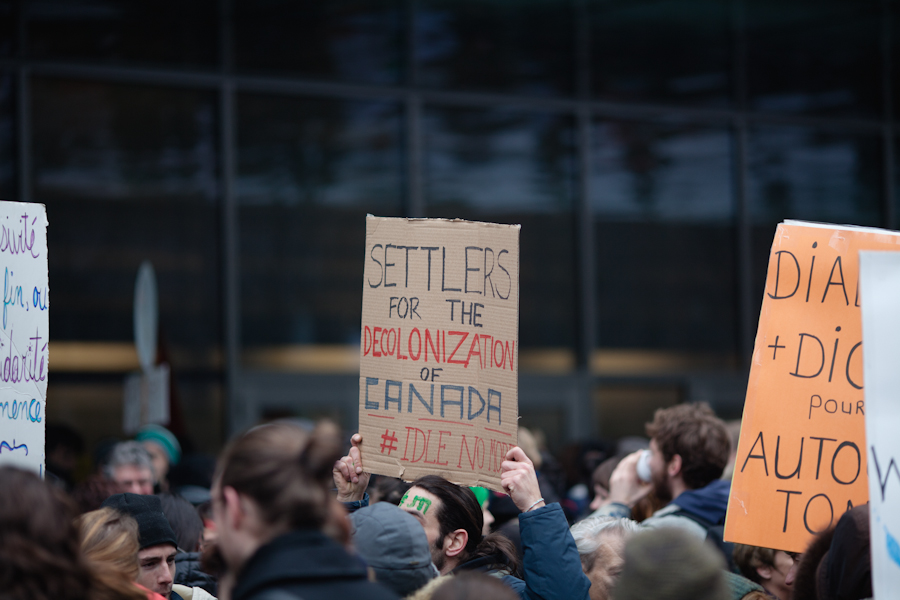 June 3, 2015 marked the closing of Canada’s Truth and Reconciliation Commission, organized by the parties of the Indian Residential Schools Settlement Agreement. On June 9, 2015, the Canadian Senate passed omnibus anti-terrorism legislation, Bill C-51. PEN Canada board member Paul Seesequasis reflects on the impact of this legislation, and framings of indigenous peoples as a threat to be surveilled. This piece was originally published in the Globe and Mail, June 22, 2015.

Bill C-51 is a threat to reconciliation

It is ironic that the same week the Truth and Reconciliation Commission was closing in Ottawa, the federal government’s new security bill, C-51, passed Parliament. With talk of reconciliation from many perspectives and much public dialogue about a new relationship with indigenous peoples in Canada, the majority of Canada’s members of Parliament voted in a bill that impedes reconciliation and threatens our fundamental rights.

Making a connection between the history of residential schools and a bill ostensibly designed to fight terrorism may seem to be verging on the disingenuous, but it is not. Residential schools were about surveillance. They were about monitoring. They were about brain washing and, dare I say the word, genocide. The sell on Bill C-51 is that it will not affect law-abiding citizens, but instead enable Canada’s security services to stop ISIS-inspired threats and other forms of terrorism.

But the definitions are broad, as has been pointed out by many critics of the bill. And, importantly, even the most cursory of glances at Canada’s history with indigenous people, from the initial land thefts, to wars, to disease, to the Indian Act and residential schools, reveals that the state has consistently viewed indigenous aspirations for sovereignty and respect as a threat to security.

Reconciliation is about healing, but healing cannot begin in a meaningful way if rights are curtailed, if wrongs are not addressed and if the air of suspicion is not lifted against peaceful protest. How would the broad powers of C-51 have been utilized to deal with the Oka crisis, Ipperwash, Kinder Morgan, Haida Gwaii, Idle No More and other protests? We know that the completely peaceful activities of spokespeople, such as Pam Palmater and Cindy Blackstock, were monitored prior to the passing of Bill C-51, so it should be no surprise that many indigenous individuals and organizations look at this bill as the latest infringement on inherent rights. Our ability to protest, which has historically been essential to calling attention to injustice and defending our communities, is slowly being diminished.

Idle No More was, at its heart, a spontaneous act of indigenous youth saying they’d had enough of a broken status quo. The round dances and flash mobs that took place across the country, and indeed the world, were not directed by any particular political organization or individual, they were grassroots actions that left an impression that went far beyond “Native issues.” With its lack of oversight or watchdog body, the expanded powers available through Bill C-51, could allow authorities to identify young people taking part in a round dance as a threat to Canadian security. It could put participants of a peaceful flash mob under information/intelligence gathering surveillance and preventative detention and disruption tactics. Peaceful drumming and singing could be met with force and our songs, language, drums and ceremonies could be viewed as a threat. As with any other form of public speech, these expressions of culture and heritage should be protected and not put at risk of criminalization.

No ethnic or social group in the history of Canada has been as monitored, legislated, disenfranchised and had their freedoms curtailed as indigenous peoples. The work of the Truth and Reconciliation Commission has raised the general awareness of many in Canada to the horrors and abuses of the residential school system. It is a page of history I’m sure some want to close permanently by simply apologizing. But no, there is much more to it then that.

So when we consider a word like “Reconciliation,” let us consider it within the framework of the actions we undertake, the laws we introduce and how we conduct ourselves as a society. Are we a democratic society or a society where there is a hidden curtain and a watchful eye that decides who is, or is not, a threat? With this in mind, it may be easier to appreciate why, for many indigenous individuals and organizations, Bill C-51 is viewed as a warning.