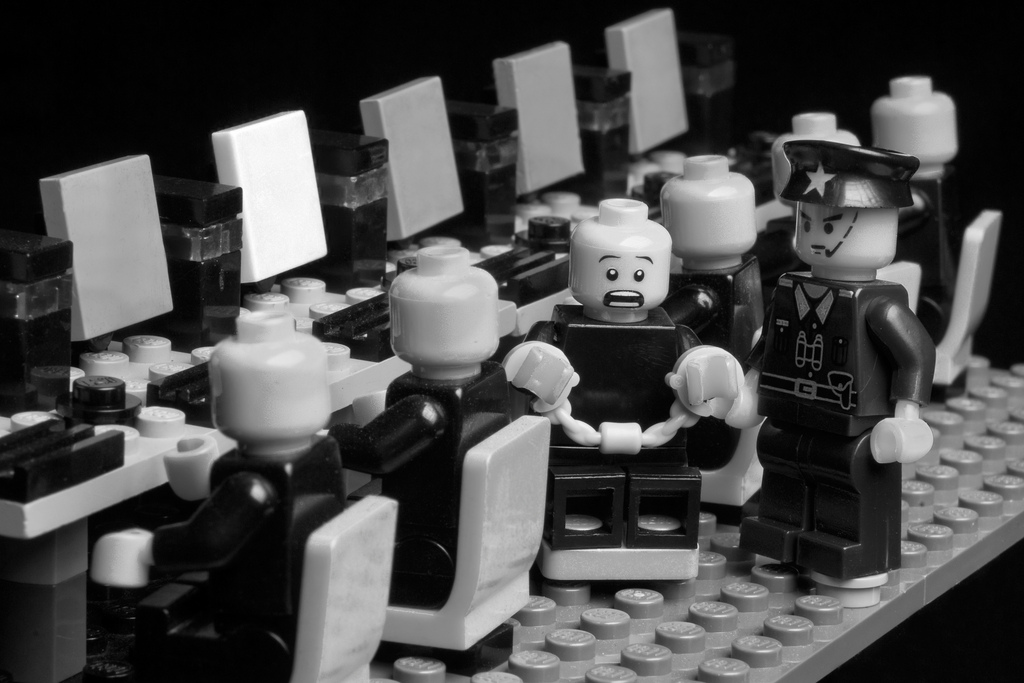 On June 6, 2012 the House of Commons adopted Bill C-304 a private member’s bill introduced by Alberta Conservative MP Brian Storseth, to “amend the Canadian Human Rights Act by deleting section 13 to ensure there is no infringement on freedom of expression…”

PEN Canada endorsed Storseth’s bill last November, on the basis that “section 13 of the CHRA is inconsistent with the right of free expression in Canada and is wrong in principle.”  Section 13 empowered The Canadian Human Rights Tribunal to decide whether online communications, contained “any matter that is likely to expose a person or persons to hatred or contempt [because they are] identifiable on the basis of a prohibited ground of discrimination.”

We invited University of Calgary Professor Darren Lund, and executive director of The Catholic Civil Rights League, Joanne McGarry to reflect on what was won and lost in the repeal of Section 13.

This is the way the world ends: not with a bang, but a whimper.– T. S. Eliot

With the sudden and quiet disappearance of Section 13 from the Canadian Human Rights Act, a number of media outlets such as Maclean’s magazine have trumpeted the loss as a win in the “battle for free speech” in Canada. Section 13 made it discriminatory to communicate by phone or Internet any material  “likely to expose a person or persons to hatred or contempt.” Before we start high-fiving each other about our newfound freedoms, perhaps we might look at what was really won, and more importantly, what was lost.

Somehow, those who seem to worship free speech fail to link online hate speech to other forms of bullying.

Most of us agree that bullying of any kind is wrong. I strongly suspect that even the most steadfast civil libertarian would consider stepping in to prevent bullies from harming others. It is the compassionate thing to do. It is the Canadian thing to do. Yet somehow, those who seem to worship free speech fail to make the obvious link between hateful speech expressed online and the many other forms of bullying.

In the wise words of Sydney Cyngiser, a local Holocaust survivor, young people “must never remain silent when they see hatred directed at another minority group.” But young people need adult role models to help them end bullying. Those who spew or protect hate speech on the Internet while praising freedom are actually wrong. When hate is publicly directed at specific persons or groups, someone else’s freedoms are diminished. Regardless of whether this vitriol reaches the bar set for evidence in criminal courts to be considered a hate “crime”, the fact remains that all hate is toxic. Allowing more of it poisons our social world.

It’s time to see hate-mongers for what they actually are: a threat to our democracy. South of the border, author and Harvard divinity scholar Chris Hedges reminds us in his best-selling book, American Fascists, that those who preach bigotry are engaged in a “long, steady poisoning of civil discourse” that teaches neighbour to hate neighbour.

Responsible Canadians need to have effective ways to stand up against such bullies. Free speech is not under attack in Canada. In human rights panel and tribunal rulings across Canada, chairs have taken on the important task of setting reasonable limits on what can be said and published in the public domain. As they should, rights rulings take into consideration the status of the writer, the local context, and the impact on those targeted.

Enforcing hate laws through rights investigations allows people on both sides to speak in their own defense; this is not “interrogation” or an “inquisition” by any stretch, and no lawyers are required. No matter how often they are repeated, unproven claims of exorbitant expenses seem suspiciously like more of the inflated rhetoric and grandstanding we have come to expect from anti-rights extremists.

Reasonable limits on free speech only appear to frighten those who wish to use their words to bully or dehumanize people. Most Canadians, including top free-speech-supporting civil libertarian scholars, accept that some reasonable limits are needed on hateful invective.

Canadians simply do not accept speech that tears away at the security and humanity of vulnerable people. In this country we applaud courageous efforts to stand up to hatred and discrimination. The loss of Section 13 means one fewer legislative means to stand strong against hateful bullies.

Rather than use the rescinding of Section 13 to erode other rights codes, and enable more bullies to spread their hatred, it is time for provincial commissions to receive improved funding and support from their respective governments. Rights agencies need to be allowed to address hate speech wherever people are spreading it, whether that occurs in newspapers, on television, by telephone, or online.

Finding a balance between free expression and hate speech is challenging work, but it is an important ongoing task to stem the poisoning of our public sphere. All of us – along with our human rights commissions – have crucial roles to play in keeping our beloved democracy civil and robust, including standing up to bullies and protecting actual freedoms for everyone.

Dr. Darren E. Lund is a Professor at the University of Calgary and winner of the 2012 Distinguished Scholar-Activist Award from the American Educational Research Association’s “Critical Educators for Social Justice” research group.

The only curiosity about the repeal of Section 13 is that it went out with barely a whimper, after the controversial high profile cases that landed at the federal human rights tribunal (and similar provincial bodies which, it must be noted, remain unaffected by the repeal). By including online material under the purview of hate speech, Section 13 had since 1999 made practically every magazine in Canada vulnerable to complaints of discrimination from the aggrieved, even if no harm to an individual or group was ever established or even suggested.

Intended to combat racism and other hate speech, Section 13 has been used to penalize religious belief, including columns and articles written during the debate about same sex marriage. Catholic Insight magazine spent about $40,000 defending itself against complaints for articles outlining Catholic teaching on homosexuality. Those complaints were later dismissed, but the money was still gone even though the complainant faced little if any expense.  More famously, the Section was used in an attempt to penalize the publication of articles and cartoons that complainants considered hateful to Muslims.

Intended to combat racism and other hate speech, Section 13 has been used to penalize religious belief

Clearly, public and political opinion has changed. In the beginning Section 13 had some support, particularly among the religious, racial and ethnic groups that are often targeted for abuse. The well-publicized cases where tribunals reviewed complaints about material that was plainly no more than an expression of opinion on current topics sent a chill through individuals and organizations concerned with basic democratic freedoms. Nor did it help the tribunal’s image when it became known that one person, Richard Warman, who worked briefly for the federal human rights commission, was making most of the Section 13 claims, including at least a few cases where he anonymously logged on to racist sites himself and then filed  complaints about the sites.

While critics of S 13 would have preferred that its demise came about by government legislation, rather than a private members’ bill, most are relieved that a limit on free speech, unjustifiable in a democracy – and proven to have been abused – has been lifted.

Under Section 13 any speech or communication, such as that on the Internet, that was “likely” to expose an identifiable group to hatred or contempt could be deemed discriminatory under the Act. Truth was not a defence, nor was intent; a vague claim of potential harm was sufficient. Normal rules of evidence did not apply and the Tribunal member might not have any training in constitutional law.

The record shows that human rights tribunals, designed to help resolve disputes of discrimination in housing, employment and the provision of goods and services, are not the appropriate forum for testing claims of hate speech. The  Criminal Code provisions regarding hate speech, plus libel and slander laws help ensure that complainant and defendant are on a level playing field with respect to costs, and that rules of evidence and procedure are followed.

Despite the change in the legal landscape, the existence and, yes, the proliferation of web sites devoted to racist and other hateful material is real. Even if we wanted to, it’s probably impossible to draft a regulatory scheme that would eliminate them, given the nature of a medium where one is free to set up a new site in a matter of days.  Incitement to violence and presenting fiction as facts are already illegal, so in extreme cases Criminal Code provisions regarding hate speech and libel could be brought to bear. In less extreme cases, it may be preferable to let the light shine on these pathetic ramblings to expose them for the mindless rot that they are.

Truth was not a defence, nor was intent; a vague claim of potential harm was sufficient and normal rules of evidence did not apply

Education and open communication have much to offer in reducing the volume of potentially hateful material. Much has been written about the need for critical evaluation of websites by the consumer, and the need to educate children in this regard.  People who have been raised to respect our common values of tolerance, decency and fairness are very unlikely to produce or give any credence to racist or other degrading stereotypes.  Those who do may have a better chance of being corrected – or at least prevented from doing harm – in an environment of openness where their views can be exposed and shown to be wrong.

Joanne McGarry is executive director of The Catholic Civil Rights League, which has intervened in a number of cases that started out as human rights complaints to provincial or federal bodies.

View all posts by Darren Lund →